US charges Iranian over alleged plot to kill John Bolton

This is the second high-profile case in two years where Iranian operatives allegedly sought to harm a US citizen. 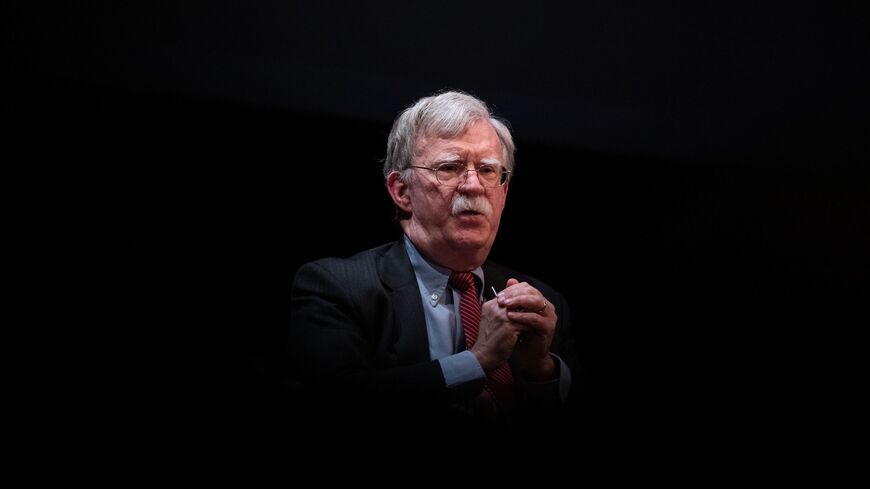 The US government charged an Iranian man today in relation to an alleged plot to kill former US national security adviser John Bolton.

Shahram Poursafi of Tehran, who also goes by Mehdi Rezayi, was charged with use of interstate commerce facilities in the commission of murder-for-hire as well as with providing and attempting to provide material support to a transnational murder plot, according to a US Department of Justice press release.

The department alleged that Poursafi attempted to pay people $300,000 to murder Bolton starting in October of 2021. He first contacted an unidentified US resident to take photos of Bolton, presumably for a book. That person then introduced Poursafi to an individual identified as a confidential human source, meaning said individual at some point provided information to the federal government.

The two had several exchanges about the alleged plot for months. In April of this year, the source asked Poursafi for some of the $300,000 to be paid before going further. Poursafi then allegedly sent the source just $100 in cryptocurrency, according to the release.

The US Department of Justice said that Poursafi is a member of Iran’s elite Islamic Revolutionary Guard Corps (IRGC). He “likely” sought to murder Bolton in revenge for the 2020 US airstrike that killed IRGC leader Qasem Soleimani in Iraq.

Who is John Bolton? Bolton served in the administrations of both President George H. W. Bush and George W. Bush before becoming US President Donald Trump’s national security adviser in 2018. He held the position until the following year.

Bolton is known for his hawkish views on the Islamic Republic of Iran. In 2015, he wrote an op-ed in The New York Times advocating for military strikes on Iran to stop the country from its alleged pursuit of a nuclear weapon.

The Trump administration in which Bolton served notably left the Iran nuclear deal and reimposed harsh sanctions, not to mention conducting the strike that killed Soleimani.

Bolton is personally sanctioned by Iran, according to the Iranian Ministry of Foreign Affairs’ list of sanctioned individuals and entities.

Why it matters: This is not the first time Iranian government operatives have allegedly sought to harm a critic on US soil. Last year, US prosecutors charged four Iranian citizens with plotting to kidnap New York-based Iranian activist and journalist Masih Alinejad. The Voice of America presenter was born in Iran but is now a US citizen. She frequently criticizes the Islamic Republic, and the kidnappers were working on behalf of the Iranian government, according to the prosecutors.

The story did not end there. Last month, a man was arrested after allegedly being outside Alinejad’s home with a machine gun.

Know more: Poursafi remains “at large” somewhere outside the United States. He faces up to 10 years if convicted, according to the Justice Department.