The Iranian press has been cautiously optimistic since negotiators returned home for consultation on an agreement to revive the 2015 nuclear deal. 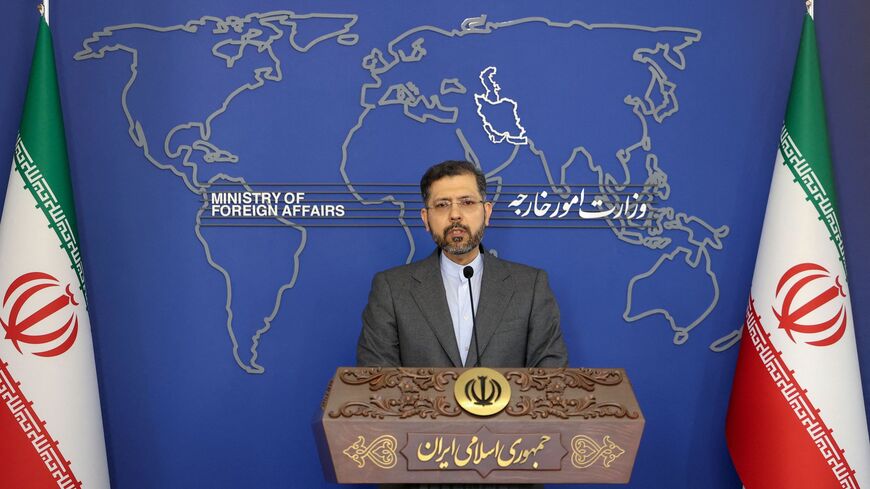 Iran's Foreign Minister Hossein Amir-Abdollahian said he expects all parties to the Iran nuclear deal to demonstrate "seriousness" in restoring the accord.

Amir-Abdollahian was speaking with EU Foreign Policy Chief Josep Borrell after diplomats wrapped up their latest round of talks in Vienna on Monday. Iran and the United States had engaged in indirect talks mediated by the European Union on a new agreement.

Amir-Abdollahian expressed hope that "the other parties, especially the United States, adopt a realistic approach and avoid unconstructive comments." He noted that a final deal "must secure the rights and interests of the Iranian nation and guarantee effective and lasting sanctions relief."

While the Iranian negotiators were back home for consultation, the country's press speculated extensively about whether a deal was in the pipeline. "An ambiguous end to the Vienna talks," read a headline from the Reformist daily Arman-e-Emrouz. The paper noted, "The United States, unlike the European signatories, has been attempting to send the message that there is little hope for a new deal."

Iran newspaper, which reflects the official stance of the government, reported "relative progress" in the talks. Ultraconservative Javan reported, "The experience from the previous rounds does not allow diplomats to be overoptimistic," and centrist Jomhouri-e-eslami highlighted "conflicting reports" about a draft of the new deal having been finalized.

The ISNA news agency interviewed Abolfazl Amouei, the spokesperson for the Iranian Parliament's National Security and Foreign Policy Committee, who discounted theories about Russian foul play and its alleged efforts to block a deal between Tehran and Washington. Amouei noted that the Western parties are demonstrating a "softer position" in the talks "because they need the Iranian presence in the global energy market."

Iranian officials have blamed the impasse in the previous rounds on an American failure to act realistically and accept Iran's demands. The same stance was echoed by the moderate ILNA news agency. "The countdown for the announcement of a final nuclear deal has begun," read its report, yet it claimed that the West is throwing the ball into Iran's court and is "more determined than ever to blame Tehran in the event of failure."