The Islamic Republic and the Taliban have formed a committee to address violence on the border. 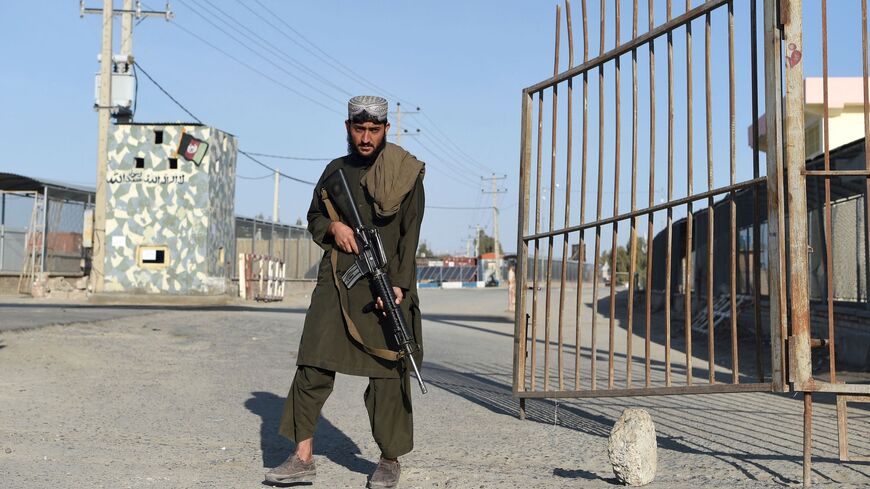 In this photo taken on Feb. 18, 2022, a Taliban fighter stands guard at the entrance gate of Afghan-Iran border crossing bridge in Zaranj. - WAKIL KOHSAR/AFP via Getty Images

Border clashes are continuing on Iran’s border with Afghanistan, prompting the two countries to formally meet on the issue.

Why it matters: There have been a particularly high number of border clashes between Iranian and Afghan forces along the border recently. In June, Taliban officials said a “misunderstanding” led to a skirmish with Iranian border guards. In July, the Abresham border crossing was closed for about two weeks due to clashes, the Afghan news outlet Khaama reported.

Some of the past incidents involved criminal groups operating in Afghanistan.

Know more: Iran’s relations with the Islamic Emirate of Afghanistan have been mixed since the Taliban took over the country last year, following the US military withdrawal. In April, Iranian officials confirmed that Taliban representatives were working at the Afghan Embassy in Tehran, though Iran has yet to formally recognize the Taliban government.

The same month, angry Afghans threw rocks at an Iranian consulate in Afghanistan in response to reports of Afghan refugees being mistreated in Iran.

In July, the Taliban agreed to buy oil from Iran, according to Iranian press reports.