How Moscow's campaign against Israel's Jewish Agency could backfire

Moscow’s recent campaign against a Jewish nonprofit closely affiliated with the Israeli government is likely part of a broader strategy to gain concessions from Israel in ongoing bilateral disputes — yet the plan could backfire. 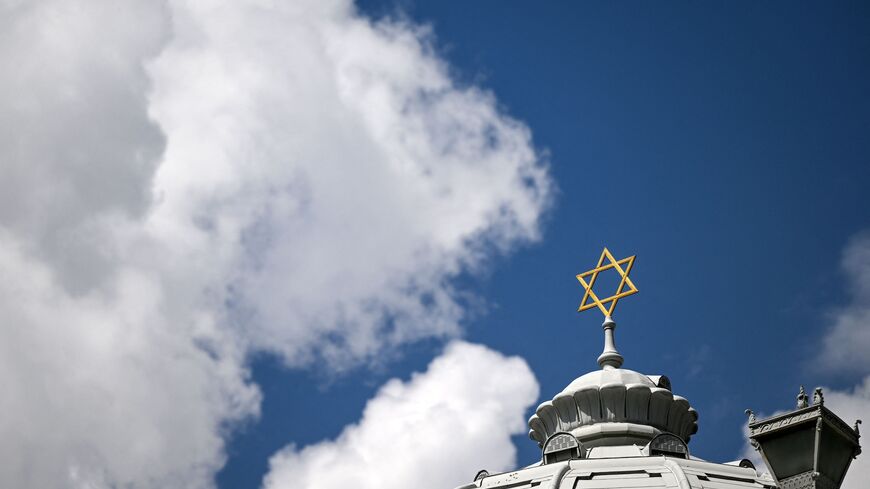 The Star of David sits atop the choral synagogue in Moscow, Russia, July 28, 2022. - Kirill Kudryavtsev/AFP via Getty Images

Russia and Israel will continue contacts regarding the work of the Jewish Agency in Russia, the Kremlin said in an Aug. 9 statement following a telephone call between Russian President Vladimir Putin and his Israeli counterpart, Isaac Herzog, held at the initiative of the Israeli side.

Tensions have escalated over the past few weeks after the Russian Ministry of Justice filed a request in late July to shutter the Jewish Agency for Israel’s Russian branch. The agency, which is tasked with assisting Jews who want to emigrate to Israel, has helped over 238,000 Russian Jews move to Israel since 1989, including more than 16,000 since the war in Ukraine broke out.

The ministry has not made public any specific allegations, merely stating that the charity is in “violation of Russian law in carrying out its activities.” Reports have indicated that the official reason given for the request may relate to violation of privacy laws in collecting immigrants’ information.

Experts in Russia immediately interpreted the Putin-Herzog conversation positively, though the first court session relating to the Justice Ministry’s request to shutter the group is scheduled for Aug. 19. For instance, political analyst Dmitry Fetisov noted in comments to daily Vedomosti that Moscow analyzed the reaction of the Israeli leadership to the threat of the Russian Ministry of Justice, and now it is time to soften the wording and find compromises.

According to sources speaking to The Jerusalem Post, a meeting was held afterward at the Jewish Agency Sohnut's headquarters to discuss its continued presence in Russia. In general, they intend to adapt to the requirements of Russian law and are considering options for transforming the agency into a foundation and working only in an online format.

Be that as it may, the current crisis surrounding the agency is only a small part of the whole set of problems in bilateral relations. The situation cannot be called optimistic because of the specific tactics used by the Kremlin.

While Moscow is concerned about encouraging the emigration of IT specialists to Israel amid growing cyberattacks on the Russian financial sector, and is putting pressure on the Jewish community in Russia by initiating legal action, the motives may go beyond this. It is estimated that more than 150,000 Jews continue to live in Russia, and about 900,000 Israelis come from Russia and the former Soviet Union.

The term "passing the ball" can be used to describe the foreign policy technique preferred by Putin in recent years. In sports, it implies the active passing of the ball or puck by a liaison player to his partners, while in the Kremlin, by analogy, it is the initiation of crisis situations by various agencies according to a single plan and the deliberate delaying of technical negotiations until the initiator himself intervenes in the situation.

Such transformed good cop/bad cop tactics were used, for example, in 2020, when Putin long avoided negotiations with Turkish President Recep Tayyip Erdogan during the Syrian-Turkish fighting, but in the end the sides reached an agreement on Idlib that still stands. In 2022, the Kremlin issued an ultimatum to NATO about the new European architecture, again using this trick, but apparently without any real plans to negotiate peace on the continent in general and Ukraine in particular.

This is why the new round of passing the ball, which began with Foreign Minister Sergey Lavrov's unexpected remarks about Hitler's alleged "Jewish roots" for which Putin then apologized, may yet offer many surprises, especially since Israel has no intention of remaining passive either.

Israeli Prime Minister Yair Lapid previously instructed the Foreign Ministry to prepare "political measures" with regard to Russia, such as considering closing the Russian Cultural Center in Tel Aviv and suspending the re-registration of the Alexander Courtyard in Jerusalem's Old City as property of the Russian Orthodox Church.

Former Israeli Ambassador to Russia (1998) and Ukraine (1993) Zvi Magen suggested that, as pressure, Israel might change its de facto neutral position on Russia's actions in Ukraine and join the sanctions.

However, Russia has long viewed Israel's position as non-neutral.

Thus, Russian diplomats and pro-government journalists constantly recall Lapid's rhetoric that Israel will not be a route to bypass Russia sanctions, Ukrainian President Volodymyr Zelenskyy's online speech in the Knesset, Israel's supplies of helmets and body armor to the Ukrainian military and retired Israeli officers' participation in combat operations on Kyiv's side. And on top of that, based on the prevailing tone in behind-the-scenes diplomatic conversations, there is a consensus in Moscow that amid growing support for Kyiv, outlined even before Feb. 24, Israel deliberately intensified the intensity of airstrikes in Syria in sensitive locations for the Russian military. Although since former Prime Minister Benjamin Netanyahu's departure, Russia has regularly warned officially and through other working channels of its desire to impose restrictions on the Israel Defense Forces' long covert air campaign against Iranian targets in Syria.

The climax came in January, when the Russian military began patrolling the port of Tartus and conducted its first joint air patrol with Syrian President Bashar al-Assad’s air force under the pretext of combating smuggling and improving the capabilities of local aircraft.

Therefore, the Kremlin's current gesture is certainly a clear message to the Israeli authorities that they need to keep their neutrality and not repeat the steps of the previous Cabinet, otherwise it could collapse the whole Russian-Israeli block of interaction and lead relations to stagnation. This is not in the interests of either country, yet there are several points that indicate that Moscow may not limit itself in this round to signaling and raising tensions.

First, despite Putin's well-established reputation as a fighter against anti-Semitism in Russia, this phenomenon is still quite common in many government agencies, especially in the Russian special services.

The opinions of Russian diplomats are little heard here because of the general skewing of Russian foreign policy toward the security services and the pushing of diplomats to the periphery of decision-making. It is also important that the Russian system of power built by Putin was not ready for the unexpected decision of its architect to go to war with Ukraine. After Feb. 24, the cogs of this system — various government agencies — began to hastily adapt to the changed reality, trying to prove their loyalty to the president and maintain the necessary general confrontational tone with those players that do not maintain a clear neutrality. According to Al-Monitor sources, this improvisation of the institutions of power and reduction of Putin's contacts with business figures directly affected the activities of the Russian Jewish Congress, which traditionally unites major businessmen of Israeli origin.

Second, the war in Ukraine continues to diminish Moscow's overall capacity to defend the Assad regime, although the Kremlin is trying to demonstrate otherwise. Even without taking into account possible deliveries of Iranian drones to the Russian military, the deepening economic cooperation between Moscow and Tehran — partners in the anti-American coalition — is an argument in favor of reducing the degree of competition between them for territory in Syria, which is hampered by Israeli activity.

In addition, in many Middle Eastern issues, Moscow long ago lost the strategic initiative.

For example, Russia's actions on the Palestinian track are inertial and limited to political rhetoric, although the era of Palestinian President Mahmoud Abbas is coming to an end. The Kremlin has stayed away from all reconciliation initiatives in the Middle East and can only counter emerging negotiating formats such as I2U2 — a group comprising India, Israel, the United States and the United Arab Emirates — the expansion of the Shanghai Cooperation Organization, in which in reality China is the real driving force.

As a result, Israel may decide that Russia — consciously or not — is losing rationality in its foreign policy and its ability to interact with rivals in the region without upsetting the balance and remain, as Israeli Defense Minister Benny Gantz put it, "definitely on the Western side." It is unlikely that Putin personally is really ready for this.