Large parts of the United Arab Emirates were hit by dust and sandstorms on Sunday as authorities urged caution on the roads and battened down for expected heavy rain.

Homes and landmarks in major cities were caked in a fine layer of brown dirt and visibility plunged in the latest adverse weather following a series of choking dust storms around the Middle East.

Forecasts of rainstorms this week, unusual in high summer in the desert state, follow the deaths of seven Asian migrants in flash flooding last month. 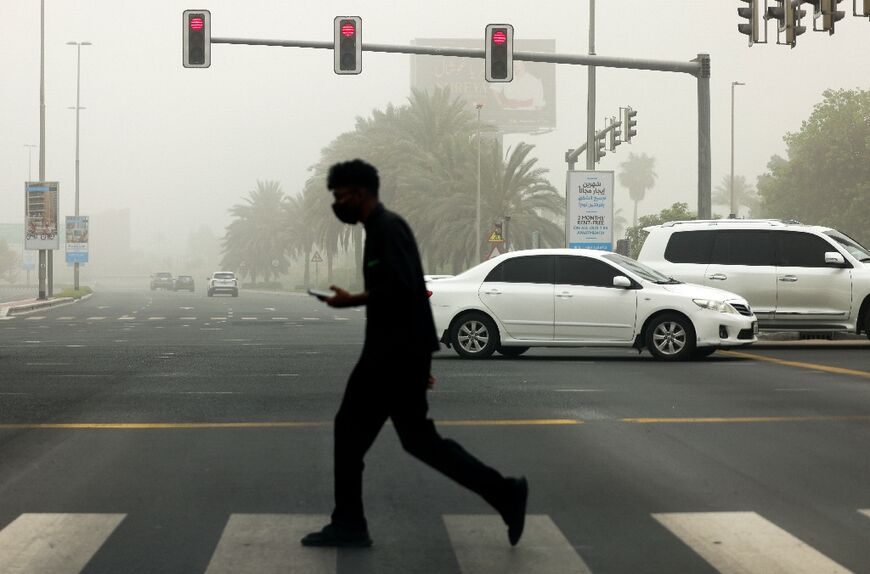 Emergency services said they had answered hundreds of calls for help as floodwaters swamped the streets of the port city of Fujairah and other eastern districts.

A series of sandstorms, widely thought to be exacerbated by climate change, have smothered Iraq, Kuwait, Saudi Arabia, Iran and others this year, closing airports and schools and sending thousands to hospital with breathing problems.

The UAE is highly vulnerable to global warming, according to the UN Framework Convention on Climate Change, as temperatures soar, rainfall dries up and storms increase, while rising sea levels threaten its low-lying coast.