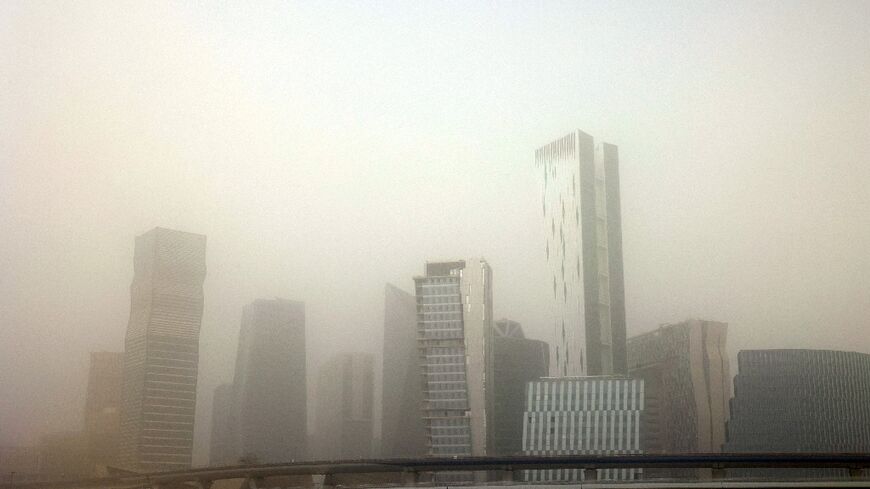 The sandstorm badly hampered visibility in Riyadh - Fayez Nureldine
by Haitham EL-TABEI with AFP correspondents in the Middle East
May 17, 2022 — Riyadh (AFP)

Saudi Arabia on Tuesday became the latest country blanketed with dust that slowed traffic and made iconic towers in the capital difficult to see from more than a few hundred metres (yards) away.

Emergency rooms in Riyadh hospitals had received some 1,285 people suffering from respiratory problems over 24 hours as a result of the sandstorm, the state-run Al-Ekhbariya channel reported.

Electronic signs along Riyadh's highways warned drivers to reduce their speed because of the lower visibility, even as life largely went on as usual in the kingdom.

The national meteorology centre predicted that "surface dusty winds" originating in the east and bringing a thick grey haze would continue west towards the Muslim holy cities of Mecca and Medina. 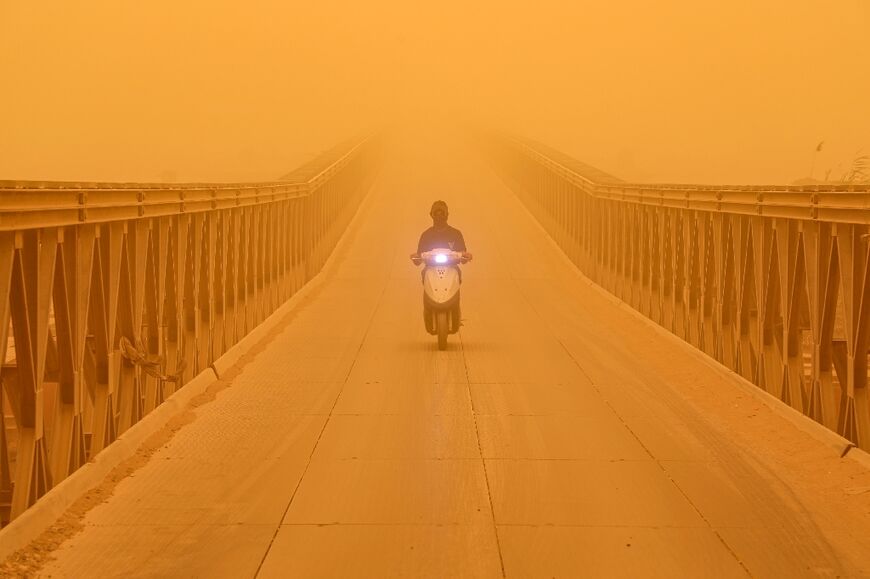 Other countries have been grappling with the problem for longer: Neighbouring Iraq has experienced eight sandstorms since mid-April, fuelled by soil degradation, intense droughts and low rainfall linked to climate change.

The country's latest sandstorm on Monday enveloped the capital Baghdad in an orange glow, sent at least 4,000 people to hospital with breathing problems and led to the closure of airports, schools and public offices across the country.

Iran announced that it, too, was closing government offices and schools Tuesday, citing "unhealthy weather" conditions and sandstorms.

Average airborne concentration of the finest and most hazardous particles (PM2.5) was at 163 microgrammes per cubic metre Tuesday in Tehran, according to a government website.

That is more than six times the World Health Organization's recommended maximum of 25 microgrammes per cubic metre. 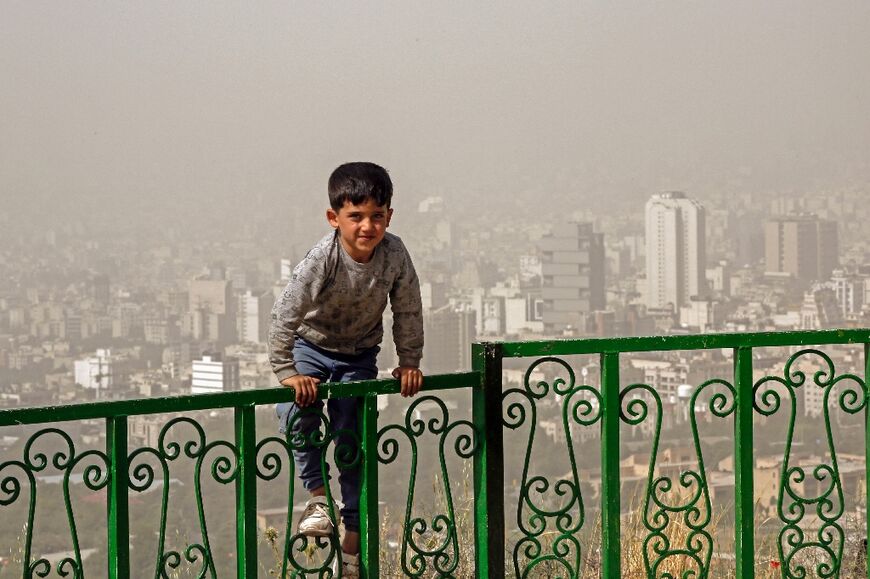 In Kuwait, meanwhile, air traffic at the main airport was suspended for an hour and a half due to a dust storm Monday, and marine traffic in all three ports remained suspended as of Tuesday afternoon.

Kuwait's ministry of education said classes were suspended on Tuesday but would resume the following day. 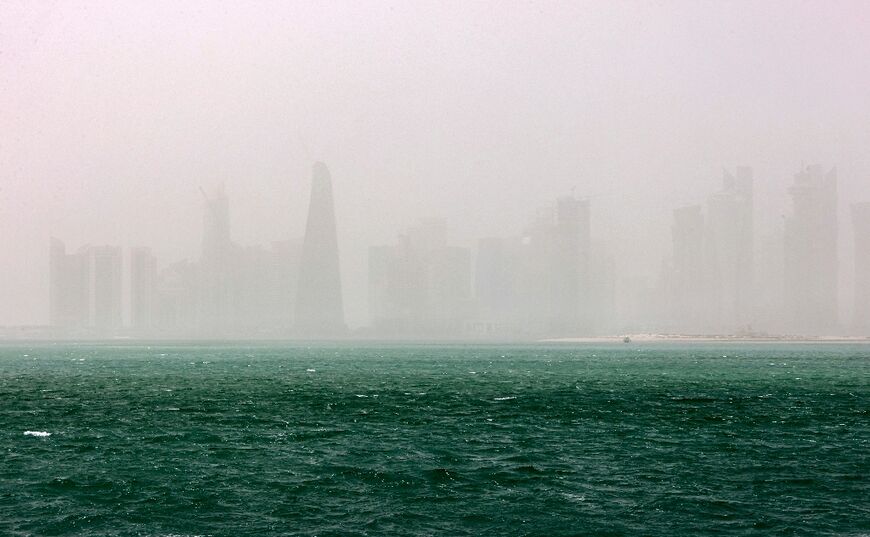 The Middle East has always been battered by dust and sandstorms, but they have become more frequent and intense in recent years.

The trend is associated with overgrazing and deforestation, overuse of river water and more dams.

Unseasonable masses of dry, cold air help explain the recent proliferation of sandstorms in eastern Syria and Iraq and "their transmission to the Arabian Peninsula", Hassan Abdallah from the WASM meteorological centre in Jordan told AFP.

By the time the sandstorms reach Saudi Arabia they tend to be less intense, he added.

Sandstorms are worsening regionally because of factors including low water levels in the Tigris and Euphrates rivers, large fluctuations in annual rainfall and disintegrating soil, he said.

As for how to mitigate them, Abdallah advised planting more trees and "addressing the low level of the Tigris and Euphrates rivers urgently".

In central Riyadh on Tuesday, sand layered cars and buildings, and residents struggled to keep it out of their homes.

"Working outside is very difficult because of the dirt," a Pakistani construction worker who gave his name as Kalimullah told AFP as he installed tiles. 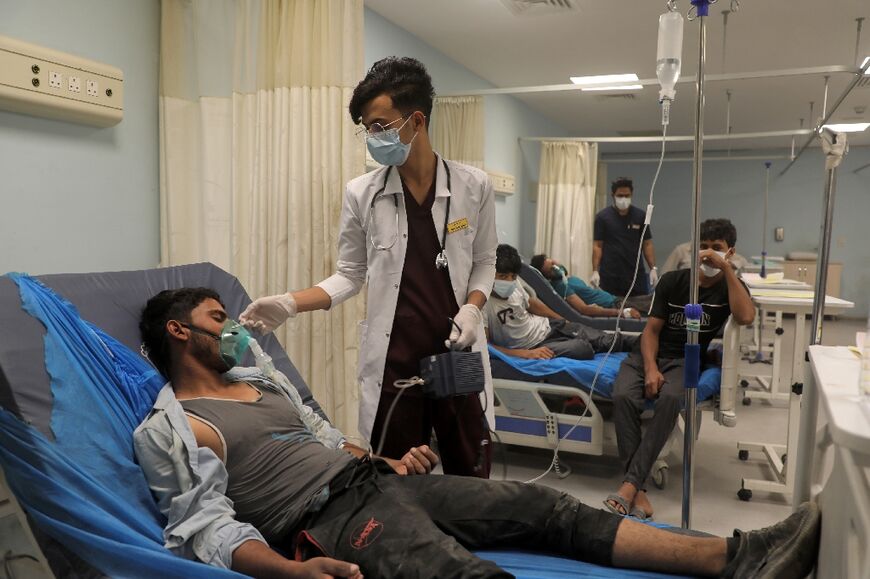 "I try to wash my face from time to time," the 30-year-old added, wrapping a piece of cloth around it to block the sand.

"Dust storms are part of our culture and we are used to it, but some of them are severe," he said, rubbing his eyes as he hurried inside.