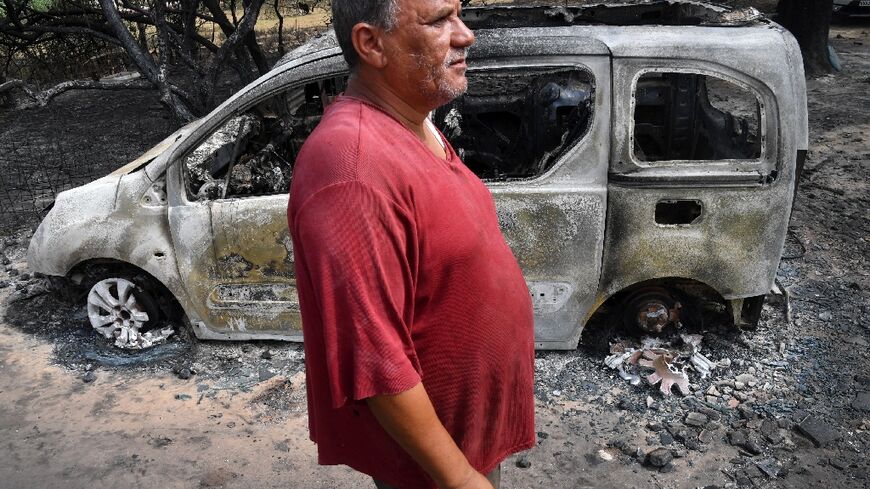 Wildfires which killed at least 38 people across northern Algeria have been largely contained, firefighters said Friday, but new blazes forced further evacuations and the closure of some roads near the Tunisian border.

Fierce fires have become an annual fixture in Algeria's parched forests where climate change is exacerbating a long-running drought.

He said more than 1,000 families had been evacuated since Wednesday.

Fire service spokesman Colonel Farouk Achour said on Friday morning that all the fires had been "completely brought under control", but the service later tweeted that fires were burning in the far northeastern regions of El Tarf and Skikda.

State television showed images of an army firefighting aircraft over El Tarf, and police said several highways in the area had been closed.

Images on social media showed people evacuating homes near a forest blaze in the El Kala area, which had seen devastating fires on Thursday.

El Tarf residents were counting their losses, including the charred remains of farm animals burned alive as flames swept through the area.

The fire "didn't spare anything", said one farmer, Hamdi Gemidi, 40, who walked in rubber sandals on the ash-covered earth where the carcasses of what appeared to be sheep lay.

"This is our livelihood... We have nowhere to go and nothing to make a living from."

Ghazala, 81, said she had been rescued along with a few animals after flames came dangerously close to her house.

"I don't know where to go now. Should I stay in the fields, forests or mountains?" she asked, on the verge of tears.

"I really don't know where I should go."

Since the beginning of June, some 1,240 blazes have destroyed 5,345 hectares (13,200 acres) of forests and other woodland, Colonel Boughlef said.

The justice ministry launched an inquiry after Interior Minister Kamel Beldjoud suggested some of this year's blazes were started deliberately, and authorities on Thursday announced four arrests of suspected arsonists. 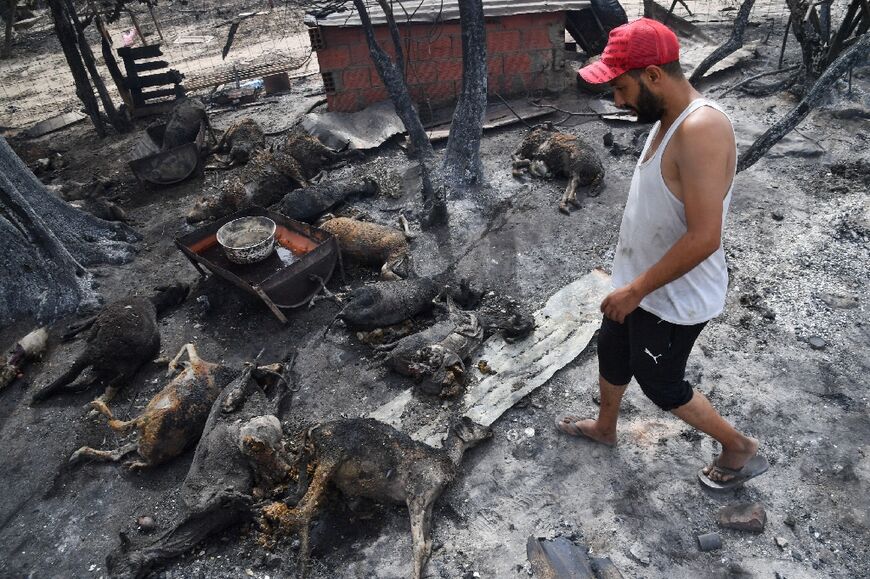 If found guilty, they could face between 10 years and life in jail.

But officials have also been accused of a lack of preparation, with few firefighting aircraft available despite record casualties in last year's blazes and a cash windfall from gas exports with global energy prices soaring.

Authorities said they deployed more than 1,700 firefighters over Wednesday and Thursday.

The dead included more than 10 children and a similar number of firefighters, according to multiple sources including local journalists and the fire service.

Most were in the El Tarf region near Algeria's eastern border with Tunisia, an area which was sweltering earlier this week in 48 degrees Celsius (118 Fahrenheit) heat.

Algerians both at home and in the diaspora have mobilised to collect clothing, medicines and food to help those affected.

"The EU stands by your side in these difficult times," he tweeted.

Twelve people burned to death in their bus as they tried to escape when fire ripped through an animal park, a witness who asked not to be named said. 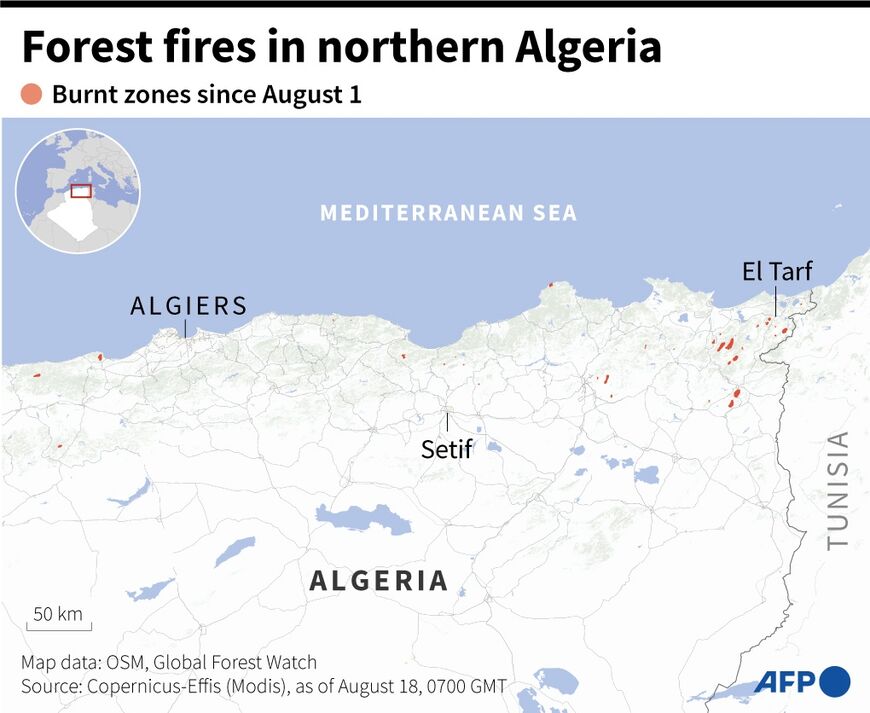 When "nobody came to help us, neither the fire service nor anyone else," park staff assisted families with young children to escape as flames encroached on the area, Takeddine, a worker at the park, told AFP.

Experts have called for a major effort to bolster the firefighting capacity of Algeria, which has more than four million hectares of forest.

Algeria had agreed to buy seven firefighting aircraft from Spanish firm Plysa, but cancelled the contract following a diplomatic row over the Western Sahara in late June, according to specialist website Mena Defense.

Spain, too, has this year battled hundreds of wildfires following punishing heatwaves and long dry spells.

On Thursday, Algeria's Prime Minister Aimene Benabderrahmane defended the response, adding the government had ordered four new firefighting aircraft but that they would not be available until December.

The prime minister added that strong winds had exacerbated the fires and authorities deployed "all their means" to extinguish them.