Saudi Arabia is proud of its emerging startup scene, but oil remains the bedrock of the Saudi economy. 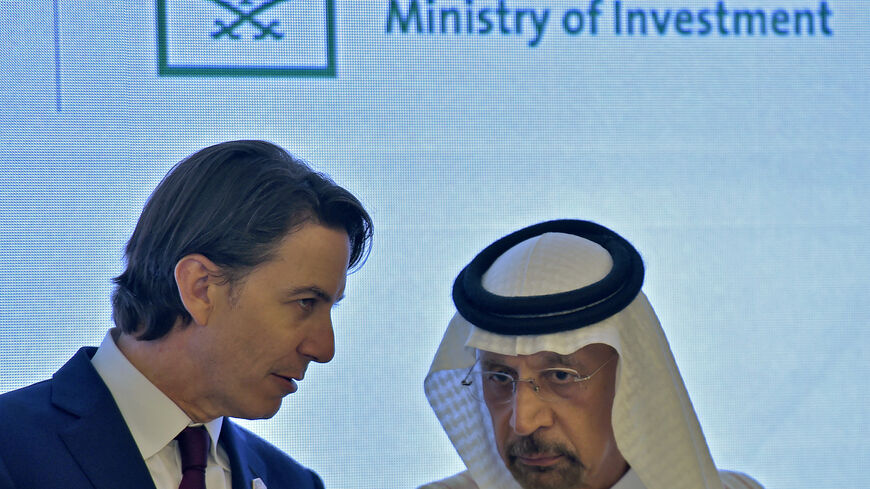 (L to R) Amos Hochstein, the US senior adviser for Energy Security, speaks with the Saudi Investment Minister Khalid al-Falih during an investment agreement signing ceremony between the United States and Saudi Arabia in the Red Sea coastal city of Jeddah on July 16, 2022. - AMER HILABI/AFP via Getty Images

Saudi Arabia experienced a major increase in venture capital investment during the first half of 2022.

Investment in Saudi startups rose 244% to a record high of $584 million compared to the first half of 2021. A total of 88 investors have made deals with Saudi startups this year, Saudi Venture Capital said in a press release.

"Saudi Arabia has always been an attractive market for entrepreneurs and investors from the kingdom and abroad due to the huge size of this market,” said CEO Nabeel Koshak.

Saudi Venture Capital is a Saudi government-run venture capital firm that was founded in 2018.

Why it matters: Saudi Arabia is seeking to attract investment and diversify its economy per the Vision 2030 initiative. In February, Saudi state entities announced billions of dollars of investments in the metaverse, blockchains and other futuristic technology. In March, the Ministry of Investment reported more than $600 million in investments from startups and a venture capital fund during the Global Entrepreneurship Congress in Riyadh.

US President Joe Biden traveled to the Gulf state recently in an effort to convince Saudi leadership to boost oil production in an effort to bring down prices, but he left without a deal.