Dust storms in the region have been severe. 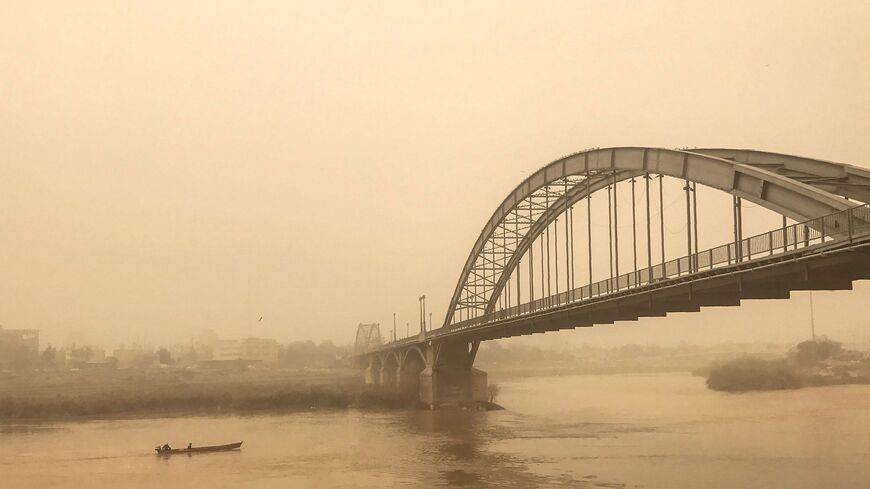 A picture taken on February 18, 2017, shows a general view of a bridge in the Iranian city of Ahvaz during a sandstorm. - MORTEZA JABERIAN/AFP via Getty Images

The United Arab Emirates and Iran are planning to work together to fight worsening dust storms in the region.

The environment ministries in both countries will sign a memorandum of understanding tomorrow to exchange expertise on combating dust and sand storms. The agreement follows a decree by Iran’s Supreme Leader Ayatollah Ali Khamenei on the need for diplomacy in the mitigation of the storms, the official Islamic Republic News Agency reported.

Why it matters: Dust and sand storms have hit the Middle East hard this year. Iran’s neighbor Iraq has been especially affected, with thousands of people being hospitalized in relation to the storms. The storms are related to increasing desertification in the region, whereby waterways are drying up.

The countries are at odds over the war in Yemen. In January, the Iran-backed Houthi rebels fired missiles into the UAE. The Emirates supports the Southern Transitional Council in Yemen, which is part of the Saudi-backed Yemen government fighting the Houthis.

This month, the US Treasury Department sanctioned some Emirati entities for allegedly supporting Iran’s energy trades, which are subject to US sanctions. The United States similarly sanctioned Emirati companies for the same reason in June.

The issue is not new. In 2020, the United States also seized the website of a UAE-based energy company for allegedly facilitating Iranian oil deals.

Know more: Iran is also cooperating with Iraq and Syria on the storms. The countries are specifically working on desertification and water scarcity issues.