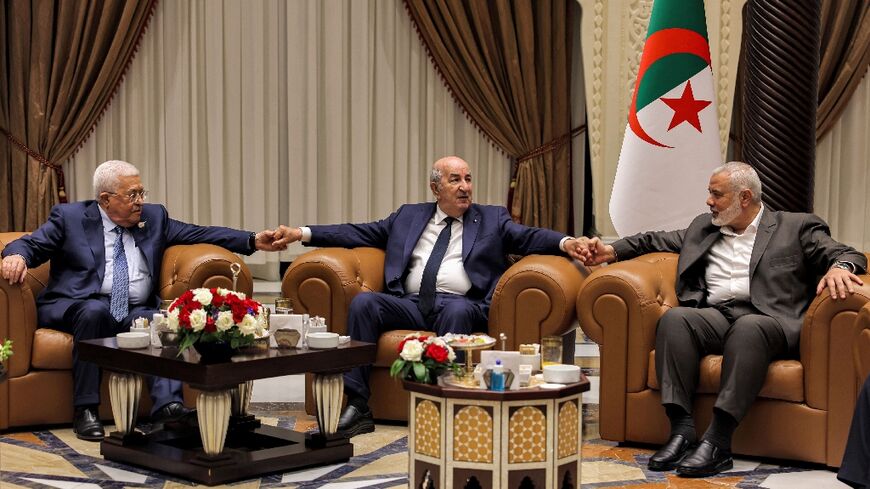 Algeria's state broadcaster reported late Tuesday that representatives of the Palestinian Authority and the Islamist Hamas movement also attended this meeting, which it called "historic".

The pair, who officially last met face-to-face in Doha in October 2016, were brought together in a meeting with Algerian President Abdelmadjid Tebboune, whose country marked the 60th anniversary of independence from France.

Abbas' secular Fatah party, which dominates the Palestinian Authority that rules the Israeli-occupied West Bank, has been at loggerheads with Hamas since elections in 2007, when the Islamists took control of Gaza.

Tebboune and Abbas also signed a document to name a street "Algeria" in the West Bank city of Ramallah.

As well as Abbas and Haniyeh, Tebboune on Tuesday hosted several foreign dignitaries, who watched a huge military parade to mark independence in 1962 when Algeria broke free from 132 years of French occupation.