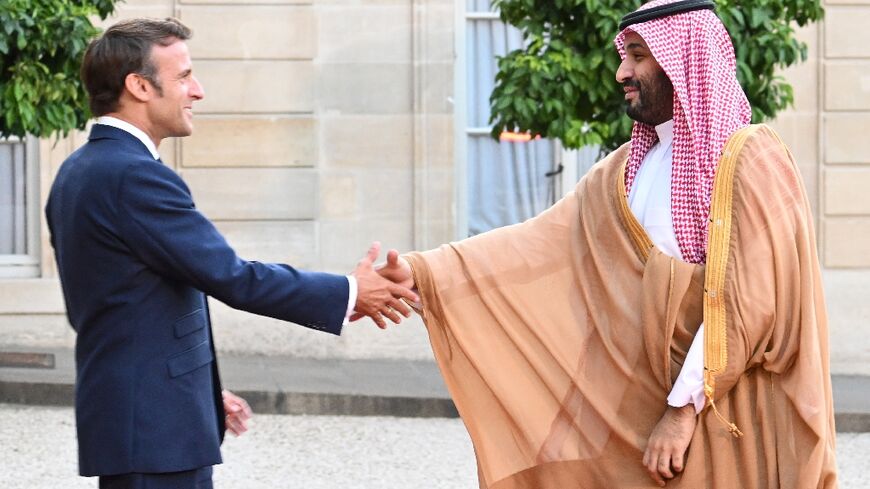 The meeting is the latest step in the diplomatic rehabilitation of the de facto leader of the kingdom - Bertrand GUAY
by Stuart WILLIAMS and Adam PLOWRIGHT
July 27, 2022 — Paris (AFP)

The meeting is the latest step in the diplomatic rehabilitation of the de-facto leader of the kingdom who became a pariah in the West following the killing of Khashoggi by Saudi agents inside Saudi's Istanbul consulate.

Macron warmly greeted the ruler universally known as MBS ahead of a dinner, with the two men enjoying a warm handshake that they emphasised by using all four hands.

Shaking off criticism from rights groups and Khashoggi's fiance, Macron then guided MBS up the steps on the red carpet into the Elysee Palace.

Neither man made any comment but a statement is expected later from the Elysee after the talks.

MBS, seen by supporters as an ambitious and by critics as a tyrant with a ruthless streak, arrived in France following a visit from US President Joe Biden to Riyadh earlier this month.

On his way to France, he stopped in Greece this week, his first trip to the EU since the murder of Khashoggi.

The killing of Khashoggi was described by a UN probe as an "extrajudicial killing for which Saudi Arabia is responsible". 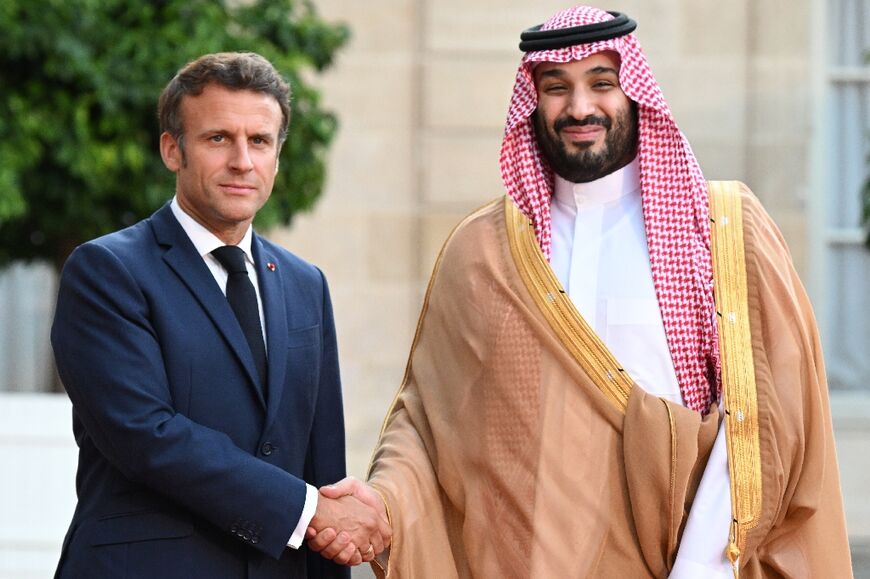 US intelligence agencies determined that MBS had "approved" the operation that led to Khashoggi's death. Riyadh denies this, blaming rogue operatives.

"I am scandalised and outraged that Emmanuel Macron is receiving with all the honours the executioner of my fiance, Jamal Khashoggi," his widow Hatice Cengiz, who had waited outside the consulate in Istanbul when her husband disappeared, told AFP on Thursday.

"All the international investigations carried out up to this point... recognise the responsibility of MBS in the assassination," Cengiz said.

Amnesty International secretary general Agnes Callamard told AFP she felt "profoundly troubled by the visit, because of what it means for our world and what it means for Jamal (Khashoggi) and people like him."

MBS is a man who "does not tolerate any dissent," she added.

But for Western countries desperate to find new sources of energy, the 36-year-old de facto leader of the world's biggest oil producer has become an essential figure. 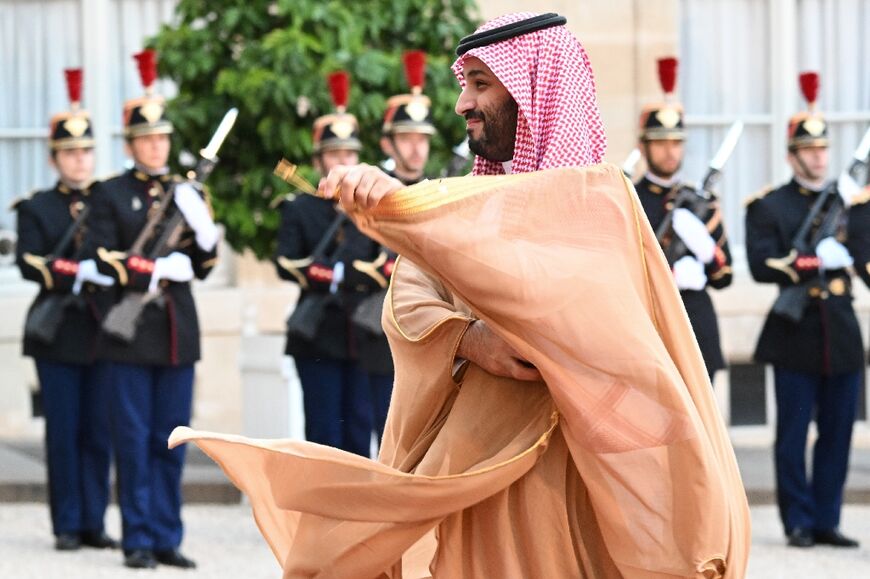 The Kremlin's invasion of Ukraine in February sent energy prices soaring, with Western nations scouring the globe to find supplies to replace oil and gas from Russia.

An aide to Macron defended the working dinner at a time of a global energy and food crisis, while promising that human rights would be raised.

"He will talk about it (rights) in a general way, but will also take the chance to raise individual cases," the aide said on condition of anonymity.

"For the president to have an influence and tackle the problems that European countries and France face... the only way is to talk with all of our partners," the aide added.

He repeated France's longstanding demand that the gruesome dismemberment of Khashoggi be investigated and those responsible be "brought to justice".

French Prime Minister Elisabeth Borne denied claims that the country was undermining its public commitments to defend human rights, saying the visit "obviously does not cast doubt on our principles."

The killing of Khashoggi, a Washington Post journalist, drew outrage not just over the elimination of a prominent critic of the Saudi regime, but also for the manner in which it was carried out.

He was lured into the Saudi consulate on October 2, 2018 before being strangled and dismembered, reportedly with a bonesaw. 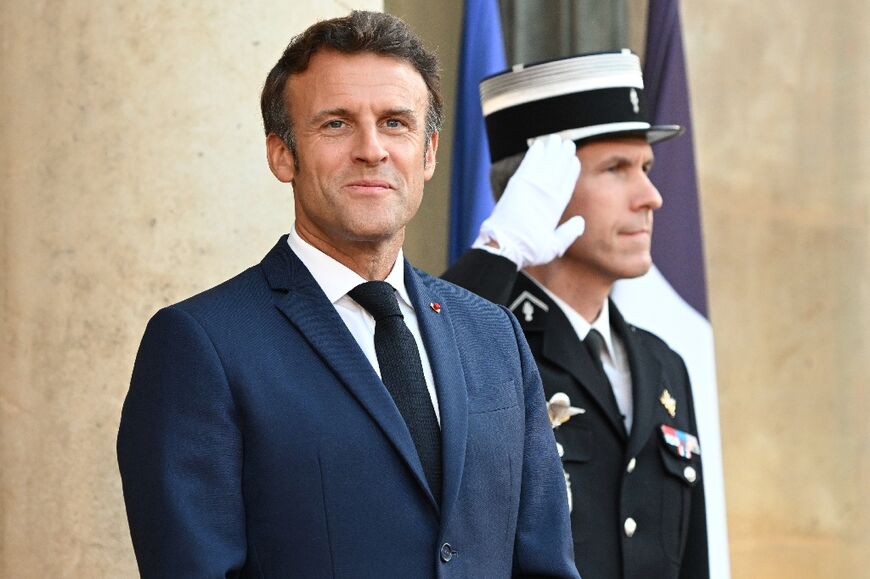 Three rights groups, including the Democracy for the Arab World Now (DAWN) group created by Khashoggi, on Thursday filed a criminal complaint in Paris accusing MBS of being an accomplice in the crime.

There has also been criticism within France, with the Greens presidential candidate Yannick Jadot asking "will Khashoggi's dismembered body be on the menu? Climate? Human rights?

"No -- it will be oil and weapons. The exact opposite of what should be done."

The French president first hosted MBS in 2018, when he took him to an art exhibition at the Louvre museum, and travelled to the kingdom in December 2021 for further talks.

The Saudi strongman stayed overnight at his Louis XIV chateau in Louveciennes west of Paris which he acquired in 2015, according to a source who asked not to be named.