Two weeks after a letter to that effect, Jerusalem fears that Moscow is serious in its intention to shut down Jewish Agency activities of helping Jewish immigration to Israel. 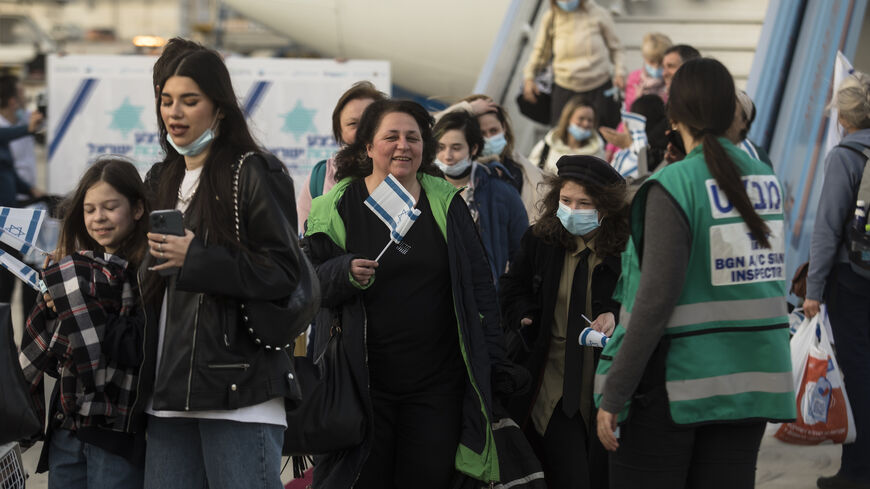 The Jewish Agency is the largest Jewish nonprofit in the world. Among its many activities, it is in charge on behalf of the State of Israel in assisting Jews in the Diaspora who wish to immigrate to Israel. According to estimates, there are more than 165,000 Jews living in Russia, and dozens of thousands more eligible to immigrate to Israel under the Israeli Law of Return. Thus, a Russian order to shut the Agency's activities would be considered by Jerusalem as de facto diplomatic sanctions.

Jewish Agency officials confirmed receiving a letter with such an order, declining to comment any further. Reports said the issue was subsequently under consideration in the organization’s offices in Jerusalem, in consultation with Israel’s Foreign Ministry and prime minister’s office.

Later on, the Jewish Agency issued a statement, saying, "As part of the work of the Jewish Agency's delegation in Russia, we are occasionally required to make certain adjustments, as required by authorities. Discussions with the authorities are ongoing with the aim of continuing our activities in accordance with the rules. Even now, there is a dialogue."

Reports in Israel at the time claimed the order to shut down activities was in fact a warning for the organization to change its modus operandi. They said there were some legal and procedural issues that needed attending to, insisting that solutions could and would be found. Still, two weeks later, with the warning still hanging over the Jewish Agency’s head, officials in Jerusalem now believe this is not really a procedural issue, but rather a political/diplomatic one.

The issue has become especially acute over the increase in immigration of Jews to Israel in recent months, not just from war-torn Ukraine but also from Russia. According to Jewish Agency officials, 15,000 Russian Jews have arrived in Israel since the Feb. 24 invasion, and 30,000 more started the process of immigration. These 30,000 depend on the Jewish Agency to finalize the process.

Almost from its outset, the Russian invasion of Ukraine reshuffled Israel’s relations with both countries. Ukraine expressed on numerous occasions its disappointment over what it considered Israel’s lack of enthusiasm to support its fight. Russia, on the other hand, warned Israel against siding with its enemy, thus allegedly turning its back on the ongoing strategic dialogue between Jerusalem and Moscow.

Prime Minister Yair Lapid, in his capacity as foreign minister, had condemned the Russian invasion shortly after it took place. Still, Jerusalem was careful not to issue too many declarations of that sort. Then-Prime Minister Naftali Bennett even engaged in mediation efforts between Moscow and Kyiv, though his efforts yielded little results. It is important to note that Israel values its communication channels with Russia over Syria. It is also careful because of Russia’s position as member of the United Nations Security Council and its involvement in talks with Iran.

That being said, on April 16, Israel joined other countries, calling to suspend Russia from the UN Human Rights Council. A statement by Israel’s Forreign Ministry denounced the “unjustified invasion” of Ukraine. While in Paris July 5, shortly after being nominated prime minister, Lapid reiterated this term. A senior Israeli diplomat told Al-Monitor that the Israeli position is clear, in siding with the West and Ukraine, against the Russian invasion.

Israel’s hesitation was reflected in its reactions to demands by Ukrainian President Volodymyr Zelenskyy that the Jewish state provide Kyiv with offensive arms. At the beginning, Israel agreed only to send humanitarian aid, becoming the first country to establish a field hospital in Ukraine. Then, in a shift of policy, Defense Minister Benny Gantz announced mid-April the shipment of protective gear, such as helmets and flak jackets, to Ukraine. On July 14, the Defense Ministry announced it had sent a second shipment of protective equipment to Ukraine’s emergency services. The issue of the war in Ukraine also came up in the meetings US President Joe Biden held with Israeli leadership during his visit in Israel on July 13-14.

Despite the shipments of defensive equipment and the declarations by Lapid, Kyiv keeps pressuring Jerusalem to stand firmly against Moscow. On July 17, the Ukrainian Embassy in Israel published a post on social media blaming Russia for financing anti-Ukraine rallies in Israel.

“Alongside a notable propaganda attack on social media, we have witnessed anti-Ukrainian demonstrations funded by the Russian government. These demonstrations took place in Haifa, Netanya, and in front of the Ukrainian Embassy in Israel,” said the July 17 post, published both in English and Hebrew.