Iranian trade with China on the rise

China is focused on improving its economic ties with Iran as opposed to security cooperation. 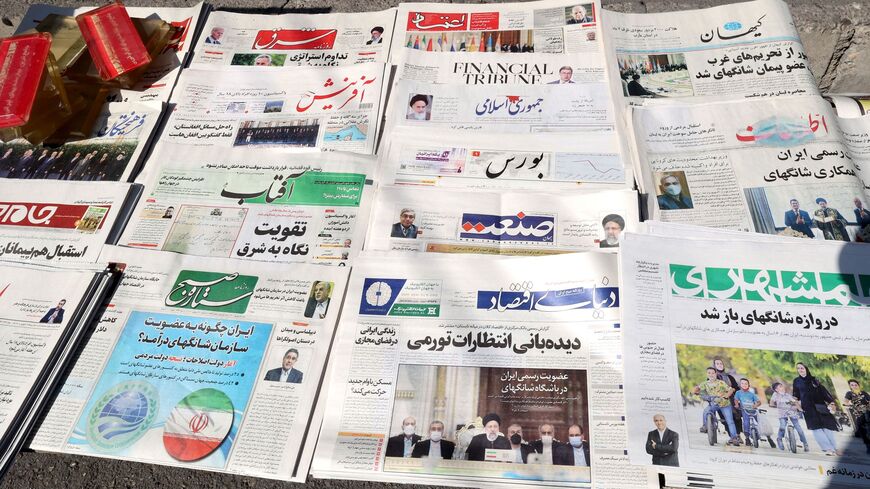 Conservative and Reformist newspapers in Tehran on Sept. 18, 2021, showed rare unity in welcoming the results of a conference in Dushanbe, Tajikistan, where members of the Shanghai Cooperation Organization endorsed Iran's future membership in the bloc while Iran hailed its acceptance into a China and Russia-led bloc, an eastward turn it sees as opening access to major world markets and a counter to crippling Western sanctions. - ATTA KENARE/AFP via Getty Images

Why it matters: Iran’s relations with the People’s Republic have been improving for some time. Iran is currently seeking to join the so-called BRICS alliance featuring China, Brazil, Russia, India and South Africa.

Iran’s non-oil trade with the Shanghai Cooperation Organization, of which China is a part, is also rising.

In addition to the economic considerations, China is important to Iran because the Asian country was part of the Iranian nuclear deal. Iran may seek better military relations with China should the talks with the United States on reviving the agreement fail.

China in the Mideast
Economy and trade
Iran Deal