Israel's defense minister said he hopes US President Joe Biden's trip to the region will further the joint defense cooperation. 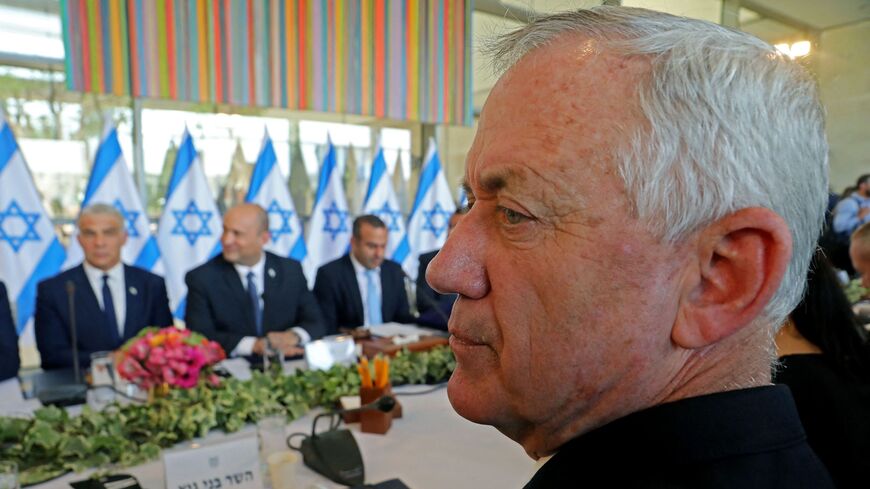 Gantz told Knesset lawmakers today that the partnership, which he dubbed “Middle East Air Defense,” is “already operative and has already enabled the successful interception of Iranian attempts to attack Israel and other countries” in the region.

Why it Matters: US Central Command has sought to help Arab Gulf states to close gaps in their air defense arrays in recent years as Iran has developed and launched drones as well as cruise and ballistic missiles against US allies in the region.

Under the Abraham Accords, a handful of Arab states normalized ties with Israel starting in 2020, and the US military has included Israel in CENTCOM’s region of responsibility.

Projectile attacks by Iran-backed militant groups increased in recent years as the previous US administration walked out of the 2015 nuclear agreement with Tehran in 2018, imposed broad economic sanctions and killed IRGC Quds Force commander Qasem Soleimani in January 2021.

Shortly after coming to office, the Biden administration set up an interagency working group with Israeli officials to coordinate responses to Iran’s projectile threats in the region. Israeli officials had previously expressed openness to working with Arab Gulf states on collective missile and air defense.

The matter was reportedly discussed in March during the inaugural Negev summit between Israel, the UAE, Morocco, Bahrain, Egypt and the US.

“Over the past year I have been leading an extensive program, together with my partners at the Pentagon and in the US administration, that will strengthen the cooperation between Israel and countries in the region,” Gantz told the Knesset’s defense and foreign policy committee today.

Dana Stroul, the Pentagon’s top policy official for the Middle East, told US lawmakers earlier this month that Iran remains committed to its goal of expelling American troops from the region and pressuring Washington’s allies.

“From a [Pentagon] perspective, our commitment to pushing back on these activities and supporting Israel and her inherent right to self-defense has not changed,” Stroul told the Senate Foreign Relations Committee.

A day later, a bipartisan group of lawmakers unveiled legislation that would mandate a clear Pentagon strategy to support air and missile defense integration in the Middle East to parry Iran’s projectiles.

What’s Next: US President Joe Biden will travel to Israel as planned in mid-July, despite today’s agreement by the Neftali Bennett government to dissolve parliament next week.

Gantz said today that he hopes Biden’s trip to the region, which will include a stop in Saudi Arabia, will bring further progress in regional defense cooperation with Israel.

Riyadh has not yet agreed to normalize ties with Israel, but has reportedly been in talks with the US, Egypt and Israel over the status of two islands at the mouth of the Gulf of Aqaba as a precursor to further security cooperation.

Know More: The US and Iran have not given up yet on efforts to revive the 2015 nuclear deal, despite Israel’s opposition to the arrangement.