Israel aspires to upgrade its relations with NATO beyond geography, offering technological innovation and intelligence-gathering capabilities as a basis for stronger ties. 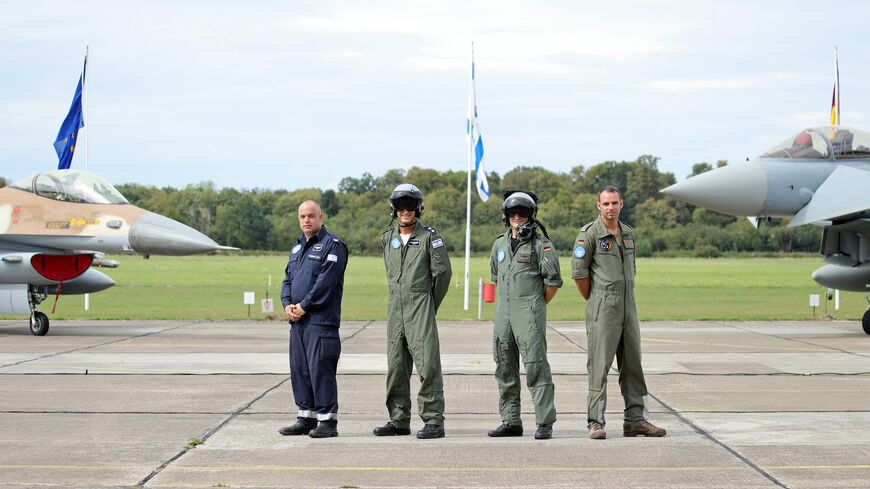 Jerusalem is closely following the annual NATO summit convening this week in Madrid. The dramatic news of an agreement with Turkey for Sweden and Finland to join the alliance has far-reaching implications for the Middle East, Israel and beyond. The new Strategic Concept endorsed yesterday by NATO leaders is also likely to affect its relations with its major non-member partners such as Israel.

Diplomats in Jerusalem and Brussels told Al-Monitor this week that while these geopolitical developments are expected to alter Israel-NATO relations, the changes could actually benefit Israel and make the partnership grow.

Israel realizes that the Russian invasion of Ukraine has undermined the security order in Europe and that the European Union is facing a new era of strategic conflict on the continent. Thus, Europe and NATO are now looking east.

The Russian invasion took place on the backdrop of reforms NATO has been undergoing for the past three years, ever since French President Emmanuel Macron warned that the alliance suffering from "brain death." The Biden administration's commitment to resume its leading role in NATO promises to bring about a healthy process of reforms.

In February 2021, the NATO Secretariat released a proposed road map for a series of reforms. They included addressing emerging technological threats such as cyber and artificial intelligence, preparing the civilian home front for unconventional weapons and confronting the spread of global terrorism.

Another important insight was the understanding that dealing with innovation in the fields of security, production of new strategic tools and confronting technological challenges all require deeper cooperation with the private sector. That means not only collaboration with military industries but also building a dialogue with the software giants and social networks as well as with companies that produce dual-use (civil/military) technologies, all areas of extensive Israeli experience.

For Israel, the developments NATO has been and is undergoing are important for two reasons.

The first is the growing recognition in Jerusalem over the importance of strengthening relations with the alliance. Israeli innovation, its capabilities in the fields of cyber, intelligence, civilian/military interfaces, and the Israeli envelope allowing high-tech to flourish, greatly interest NATO. At the same time, Jerusalem is interested in cooperating with the alliance, which could benefit both its defense systems and the private sector. Israeli companies present at the May Eurosatory 2022 security fair in Paris told Al-Monitor that NATO countries' officials showed great interest in Israeli technologies.

The second is that beyond military and technology cooperation, NATO also serves as a significant diplomatic platform. The alliance offers an arena through which Israel could strengthen its ties with democracies and with Mediterranean countries, including Turkey.

Israel has enjoyed a special relationship with NATO for over three decades and was the third country to gain non-NATO alliance status as early as 1989. Following the Oslo Accords, the organization created the Mediterranean Dialogue Forum to serve as a framework for regional cooperation for peace and to complement other international efforts, such as the Barcelona Process of the European Union and or the Mediterranean Initiative of the Organization for Security and Cooperation in Europe. Along with Algeria, Tunisia, Egypt, Jordan and Morocco, Israel was invited to attend the first meeting of the 1995 Mediterranean Dialogue Forum.

In the following two decades, Israel's relations with NATO focused mainly on the Mediterranean Dialogue. But in the last few years, in parallel with the profound changes within the NATO alliance, Jerusalem has also begun to change direction.

Israel will not abandon the Mediterranean Dialogue, which offers it opportunities for direct encounters with countries with which it does not necessarily have political ties. However, Jerusalem now believes that Israel's value to the alliance (and vice versa) does not lie exclusively on its geographical merits. This period of changes could actually present an opportunity for Israel to integrate into the alliance (from the outside, of course) in a different way. Thus, Israel's geographical importance to NATO has diminished, but Israel's ability to contribute to NATO in terms of intelligence and technology turns the country from a consumer of security to a potential security provider.

Still, with NATO changing, Israel would also need to change. Official Israel, especially the defense establishment, knows how to work well with Israeli defense companies and is accustomed to working with the United States as well as with Germany and the United Kingdom. Trilateral and multilateral cooperation and structured work with external parties such as NATO are not Israeli systems' strong suit.

Nevertheless, it is important to note that Israel has recognized the strategic change that NATO has undergone from the outset and the potential it holds for Israel diplomatically, practically (the defense industries) and strategically in a very broad sense.

The changes in Israel-NATO relations are not only linked to large geopolitical developments and to NATO reforms, but are also highly affected by Israel’s warming ties with Turkey. The deterioration of bilateral relations between Israel and Turkey, especially since the Mavi Marmara flotilla incident in 2010, was also reflected in NATO, with Turkey vetoing Israel's continued participation in military activities of the alliance. Only after Prime Minister Benjamin Netanyahu's 2016 apology was Israel invited to participate in the multilateral military exercise "Black Mountain."

The following year, Turkey agreed that Israel would open an office at NATO headquarters. Israeli diplomats testify that NATO headquarters have become in recent years a significant arena for the transmission of messages between the two capitals.

In his paper for the Israeli Institute for Regional Foreign Policies MITVIM, analyst Roee Kibrik highlights the regional implications and opportunities that warming up relations with Turkey now offers Israel.

The strategic benefit for Israel lies also in expanding the circle of intelligence-sharing. For example, the issue of Iranian terrorism and its emissaries is of great interest to several NATO members. In general, Israel shares intelligence with the Americans and there is also institutionalized cooperation with some major European countries, but Israel shares more limited intelligence with the other NATO members on a regular basis. Expanding the circle means the inclusion of Israeli assessments in the organization's publications, papers that eventually find themselves in the defense ministries of all member states. It's a great way for Israel to highlight strategic issues that are important to it.

In this context, Israel’s Ambassador to the European Union and NATO Haim Regev told Al-Monitor, "For Israel, the NATO alliance is a diplomatic arena for receiving and transmitting messages, but also an important platform to help build the defense establishment's capabilities and reveal diverse Israeli capabilities. The challenges facing NATO and Europe in the wake of the Russian invasion of Ukraine increase the perception of Israel as a significant asset to the alliance and its member states against the background of accumulated knowledge and experience."

Regev added, "Israel's relations with NATO keep growing and deepening in recent years. These relations are based first and foremost on the common democratic values ​​that the alliance represents. Israel is greatly recognized and appreciated for its democratic values and for the experience and knowledge it is willing to share."

Jerusalem estimates that NATO is at the beginning of a process in which the structure of the geographical partnerships transforms into a system based largely on shared values ​​and capabilities. Concerning technologies and security methodologies, say diplomats in Jerusalem, Israel is probably closer to other NATO non-member partners such as Austria, Australia and New Zealand than to North Africa.