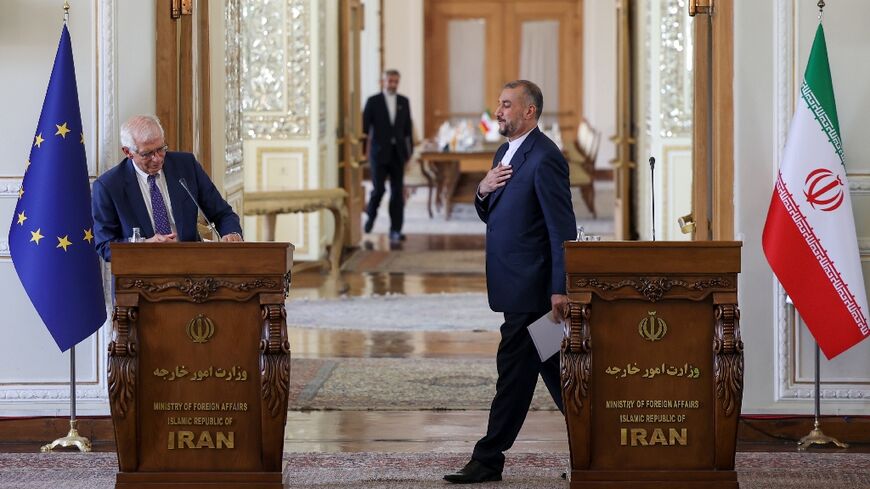 Iran and the United States plan to resume indirect talks this week in Qatar, in a fresh bid to revive the landmark 2015 nuclear deal, both sides said Monday.

The talks will be separate from broader EU-mediated negotiations in Vienna between Iran and major powers, the bloc's top diplomat Josep Borrell said Saturday in Tehran.

The nuclear deal has been hanging by a thread since 2018, when then US president Donald Trump unilaterally withdrew from it and began reimposing harsh economic sanctions on America's arch enemy.

US President Joe Biden's administration has sought to return to the agreement, saying it would be the best path ahead with the Islamic republic, although it has voiced growing pessimism in recent weeks.

Iranian foreign ministry spokesman Saeed Khatibzadeh said Monday the talks would focus on the lifting of US sanctions and be held "in a Persian Gulf country in the coming days, later this week".

The US State Department said the talks would take place in Qatar's capital Doha.

Iran's Tasnim news agency, quoting an unnamed foreign ministry source, reported that Iran's chief nuclear negotiator Ali Bagheri would visit Qatar on Tuesday for "negotiations on lifting sanctions" and that the US-Iranian indirect talks would be held there.

A State Department spokesperson said the United States was also "grateful to our EU partners, who continue to convey messages and are working to advance these negotiations".

"We are prepared to immediately conclude and implement the deal we negotiated in Vienna for mutual return to full implementation of the JCPOA," he said, referring to the deal's formal name, the Joint Comprehensive Plan of Action.

"But for that, Iran needs to decide to drop their additional demands that go beyond the JCPOA."

Qatar, which has better relations with Tehran than most Gulf Arab monarchies, has sought a role as a diplomatic hub, earlier helping arrange talks between Washington and the Taliban before the US withdrawal from Afghanistan.

Khatibzadeh voiced hope for "positive results" from the talks.

"What we will do in the coming days does not concern the nuclear dimension but existing differences (and) the lifting of sanctions," Khatibzadeh said.

"If Washington comes with answers, then we can do the work quickly... The ball is in Washington's court."

Talks to revive the nuclear deal began in Vienna in April last year but hit a snag in March this year amid differences between Tehran and Washington, notably over a demand by Iran that its Islamic Revolutionary Guard Corps be removed from a US terror list.

During the Vienna talks, Iran also repeatedly called for US guarantees that there will be no repeat of Trump's pullout.

The Biden administration says that ending Trump's blacklisting of the Revolutionary Guards -- a step sure to outrage much of Congress -- falls out of the purview of talks to restore the nuclear accord.

In a step to address concerns raised when Trump made the move in 2019, the Biden administration said last week that Iranians who were previously forced to serve in the Revolutionary Guards would not be denied entry into the US.