The agreement follows protests of Iranian “interference” after a drone attack targeted an alleged Israeli spy base in northern Iraq. 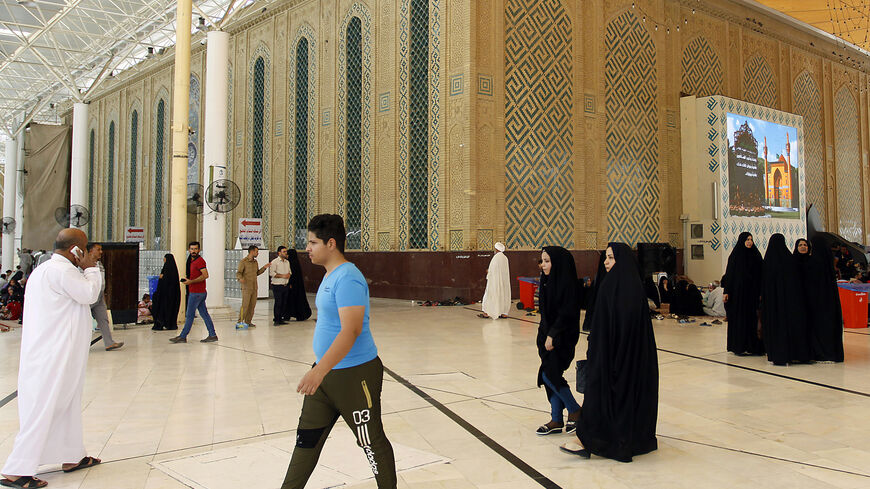 Tourists stroll at a holy site in the Iraqi city of Najaf on Aug. 14, 2018. Iraqis in the holy city of Najaf are being hit hard by US sanctions on neighboring Iran, which have forced cash-strapped pilgrims to stay home. - HAIDAR HAMDANI/AFP via Getty Images

Iraqis and Iranians frequently visit one another’s countries for religious reasons. There are numerous sites holy to Shiite Muslims in both countries, including the Imam Hussein shrine in Karbala, Iraq, and the holy city of Qom, Iran.

Why it matters: The agreement came at a tense point in Iraq-Iran relations. Last week, three rockets hit the city of Erbil in Iraq’s Kurdistan Region, injuring three. Following the attack, Iran again claimed there is an Israeli intelligence center in the city, which Iraqi officials again denied. Iran also fired missiles into Erbil in March targeting the alleged Israeli base.

On Sunday, Iraqi Foreign Minister Fuad Hussein criticized what he described as Iranian “interference” in Iraq.

“These problems regarding Iranian interference whether political or otherwise, we have started talking with the Iranian side differently,” he said. “Tehran has started to hear a different language from Baghdad, one that did not exist before.”