Many of the new members of the Council of Representatives taking the place of the 73 Sadrists who resigned are aligned with Iran. 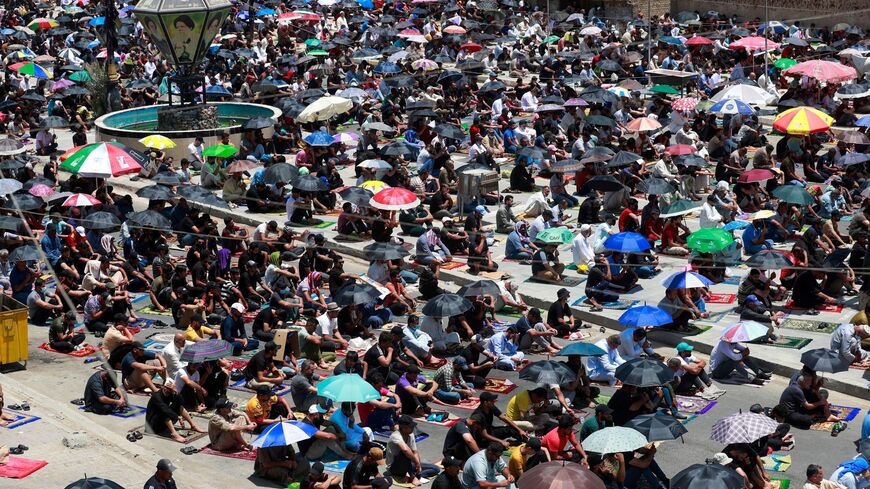 Following the resignation of all 73 members of the Sadrist group in the Iraqi parliament on Jun. 12, the vacant seats were granted to the second winners today, making the Coordination Framework of Shiite parties, the Sadrist's rivals, the largest bloc in the parliament.

The majority of the second winners took the oath today in the parliament.

Last October's elections led to a remarkable victory for Sadrists, making them the largest bloc in the parliament. The Sadrists went to an alliance with the Sunnis' Taqaddoum coalition led by the parliament speaker, Muhammad Halbousi with 62 seats and the Kurdistan Democratic Party led by Masoud Barzani with 31 seats.

However, the alliance was not able to form the government due to lack of two-thirds of the parliament which is required for selecting the president. This occurred after the Iran-backed militias and groups were able to form a blocking third against the triple alliance.

Following three attempts at forming a government, Muqtada Sadr, the leader of Sadrist bloc, ordered his members to withdraw from the parliament. Soon after, all 73 members signed their resignation, which was approved by Halbousi as parliament speaker.

According to the constitution, the vacant seats after the resignation of the members will go to the second winner in the same electoral districts.

Today, 64 new members took the oath in the parliament, including 40 seats for the Iran-backed Coordination Framework. The other 24 were distributed among the Sunnis and the independent members.

The other 9 members did not attend. Four of them belong to the Hoquq bloc, affiliated with the Kata'ib Hezbollah, and the others are independents.

Hoquq Movement issued a statement shortly before the parliament session, announcing that they will not take the Sadrist seats and they will resign as well, as a sign of solidarity with the Sadrists.

The Sunni leaders' headquarters and the Kurdistan region have been constantly attacked by the Shiite militias affiliated with the Coordination Framework.

Just yesterday, the Dana Gas company, which operates in the Kurdistan Region, was attacked by rockets around Kirkuk.

Moreover, the Coordination Framework was able to push the federal court to rule against Kurdistan's oil and gas law, creating serious obstacles against the international companies to work in the region.

Now, the KDP is setting terms and conditions on the Coordination Framework to accept the alliance with them —  including nullifying the federal court ruling.

The Sunnis as well see this political change a great opportunity to set terms and conditions in their political interests.

In such circumstances, the negotiations over forming the government  are likely to take time, if an agreement is even possible at all.