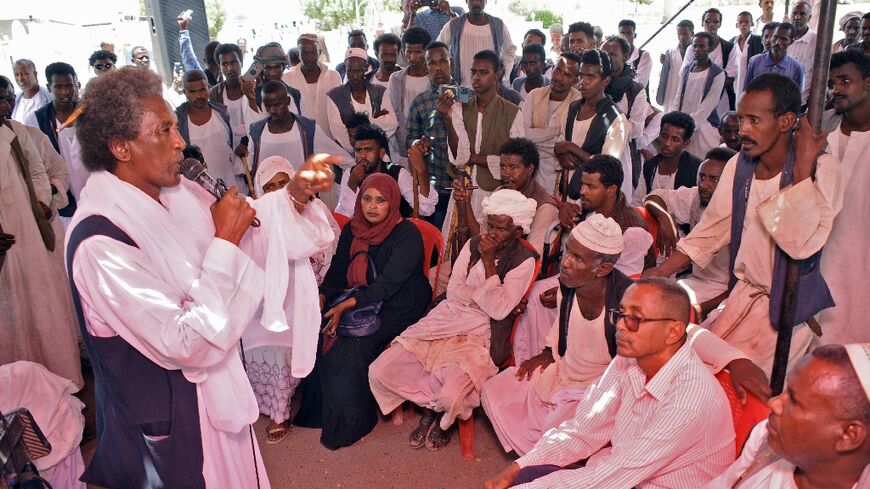 A coalition of tribes in East Sudan announced on Tuesday the end of a sit-in which blocked roads to the crucial Red Sea port, after the governor announced his resignation.

The Port Sudan sit-in protested a 2020 peace deal the country's Beja tribes say made too many concessions at the expense of their group, which has long complained of marginalisation.

Hundreds of protesters demanded the parts of the deal relating to their eastern region be scrapped and the dismissal of Red Sea state governor, whom they accused of supporting the deal.

The governor announced his resignation in a statement Tuesday.

The coalition of Beja tribes then released their own statement declaring an end to "all the sit-ins in eastern Sudan, after the resignation of the Red Sea State governor was confirmed," without reference to other demands.

The 2020 Juba Agreement was a landmark accord between rebel groups and a military-civilian transition government which came to power shortly after the April 2019 ouster of long-time autocrat Omar al-Bashir.

But Sudan's eastern Beja people, who number more than 4.5 million, have criticised the fragile peace agreement for not representing them, and intermittent protests have demanded parts relating to their impoverished region be scrapped.

In December, Sudan's sovereign council suspended parts of the 2020 peace deal relating to the east pending discussions, but protesters in Port Sudan told AFP on Monday their demands had not been met.

On Tuesday evening, Burhan sought to provide reassurances on the relaunch of the transition.

The UN, the East African regional organisation IGAD, and the African Union (AU), from which Sudan is still suspended, have convened a "technical meeting" between the military and civilians for Wednesday.

Burhan called it a "historic opportunity" -- but the civilians have already said they will not take part.

The Umma party, one of the country's longstanding political formations, said on Tuesday that it would not take part in the talks.

Burhan told state television that the military was "determined implement what comes out of the dialogue".