Biden to meet with Saudi crown prince in July visit

The president is expected to meet with Saudi Crown Prince Mohammed bin Salman in the Saudi Arabian city of Jeddah following a visit to Israel and the West Bank, a senior administration official said. 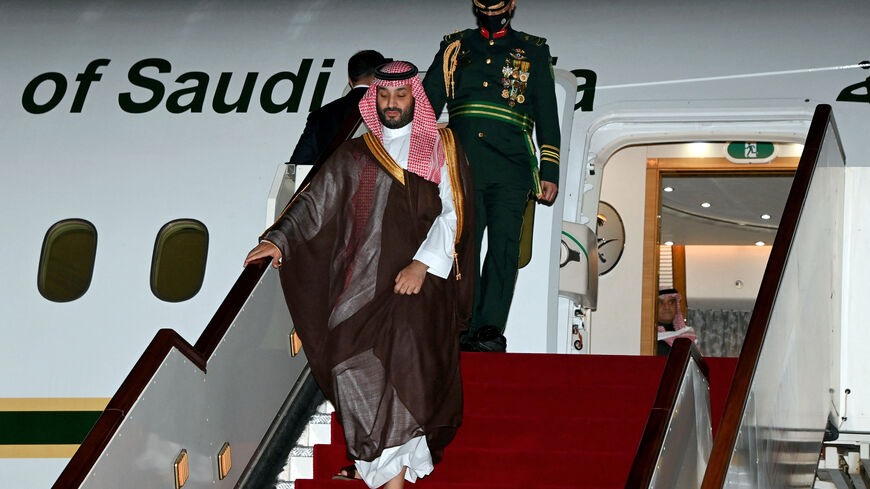 President Joe Biden, who on the campaign trail vowed to make Saudi Arabia a global “pariah” for its human rights abuses, is expected to meet with Crown Prince Mohammed bin Salman when he travels to the kingdom next month, the White House confirmed to reporters Tuesday.

Biden’s visit to the oil-rich country comes as part of a broader trip to the Middle East from July 13-16. Following stops in Israel and the West Bank, Biden will fly directly to the Saudi coastal city of Jeddah to attend a summit of nine leaders from the Gulf Cooperation Council plus Egypt, Iraq and Jordan.

A senior administration official said Biden expects to see the powerful crown prince, who US intelligence says ordered the operation that killed dissident journalist Jamal Khashoggi in 2018. The prince, who is often referred to as “MBS,” has denied personal involvement.

The Saudi Embassy in Washington said in a statement that the kingdom looks forward to “defining the next chapters of our partnership” with the United States and confirmed that Biden and the crown prince “will hold official talks” in Jeddah.

Since taking office, Biden has kept the heir to the Saudi throne at arm’s length. He instead engaged directly with the ailing King Salman, who the White House considers Biden’s official counterpart.

After more than a year of giving MBS the diplomatic cold shoulder, the Biden administration defended the seeming reversal in the president’s handling of Saudi Arabia and its de facto ruler.

“While we’ve recalibrated relations, we’re not seeking to rupture relations, because Saudi Arabia has been a strategic partner of the United States for eight decades and we share a host of interests,” the senior administration official told reporters in a phone briefing.

The Biden administration views the kingdom as critical to a number of its foreign policy objectives, including containing Iranian influence and ending the civil war in Yemen. Earlier this month, Biden thanked Saudi Arabia for its “courageous leadership” in securing the extension of a two-month-old truce in Yemen.

Surging gasoline prices amid a boycott of Russian oil have also put pressure on Biden to make amends with Saudi Arabia, one of the world’s largest oil producers. Earlier this month, the Saudi-led OPEC+ cartel announced output increases for July and August, a move welcomed by the administration.

US officials say that global energy security will be on Biden’s agenda in Jeddah but deny that the aim of the trip is getting Saudi Arabia to boost oil production. White House Press Secretary Karine Jean-Pierre said Monday it would be “simply wrong” to view his agenda as “only about oil.”   The president’s long-rumored visit has raised concerns among some in Biden’s own party. Senate Judiciary Committee chairman Dick Durbin (D-Ill.) told CNN he had “mixed feelings” about the presidential trip.

A group of leading Democrats including House Armed Services Committee chairman Adam Smith (D-Wash.), called for Biden to “recalibrate” engagement with Saudi Arabia in a way that serves US national interests, including by warning against greater strategic cooperation with China.

Human rights activists were quick to condemn what they see as a betrayal of Biden’s campaign commitment to hold Riyadh accountable for its repression of dissidents. In a joint letter to Biden last week, 13 rights groups urged him to “secure genuine progress on human rights before acting in a manner that would bolster the status of the crown prince.”

The senior US official pointed the administration’s February 2021 release of the intelligence assessment on Khashoggi’s murder as well as sanctions it imposed on implicated individuals and entities.

“Our administration is not overlooking any conduct that took place before we entered office,” the official said.