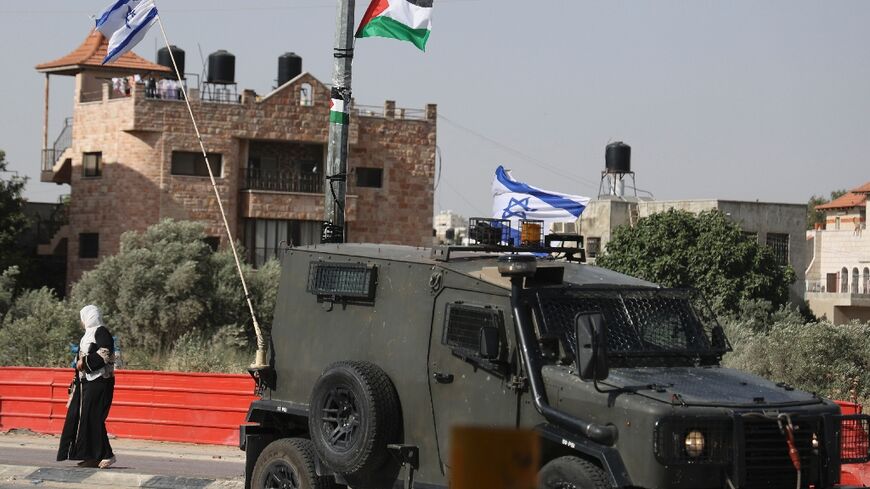 A military vehicle flies an Israeli flag past a lamp post displaying a Palestinian flag in the town of Huwara near Nablus in the occupied West Bank, on May 30, 2022 - JAAFAR ASHTIYEH
by Gareth BROWNE
June 2, 2022 — Huwara (Palestinian Territories) (AFP)

Dozens of Israeli soldiers stood guard in the occupied West Bank town of Huwara, where the Palestinian flag was blowing in the warm breeze from an electricity pole.

Suddenly, a Jewish settler jumped from a car, hoisted himself up the pole and tore down the flag, to the fury of Palestinian onlookers.

The soldiers watched on, without intervening.

"Many martyrs fell for the sake of this flag, many people were killed," said Zafer al-Sayegh, a local store-owner. "It's not possible for us to take it down."

In recent weeks, the Israel-Palestinian conflict has flared with an intense wave of violence again, and so has the latest round of the "battle of the flags". 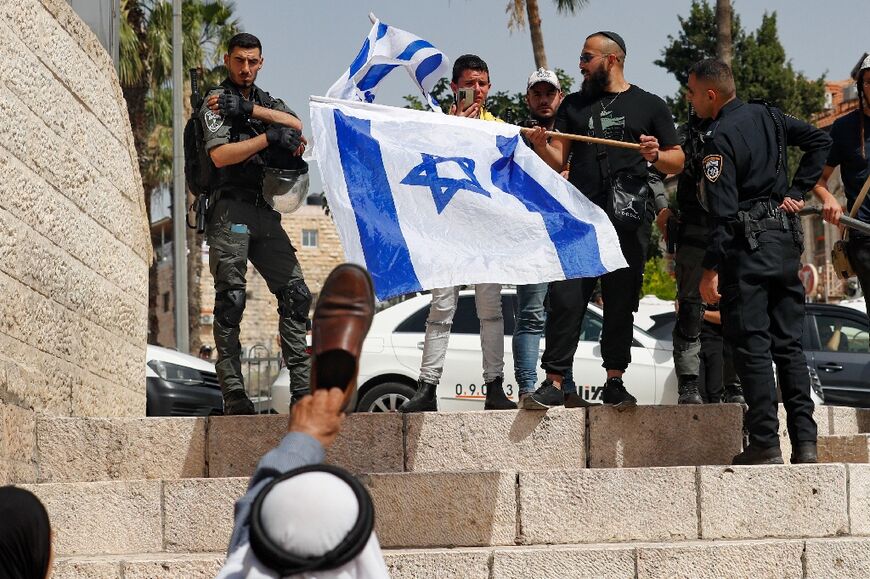 As passions have become inflamed, Israelis have marched with the blue-and-white Star of David standard while for Palestinians the black, white and green flag with the red triangle has served as a symbol of defiance.

This week, members of the Israeli parliament even announced plans to ban the flying of the Palestinian flag. 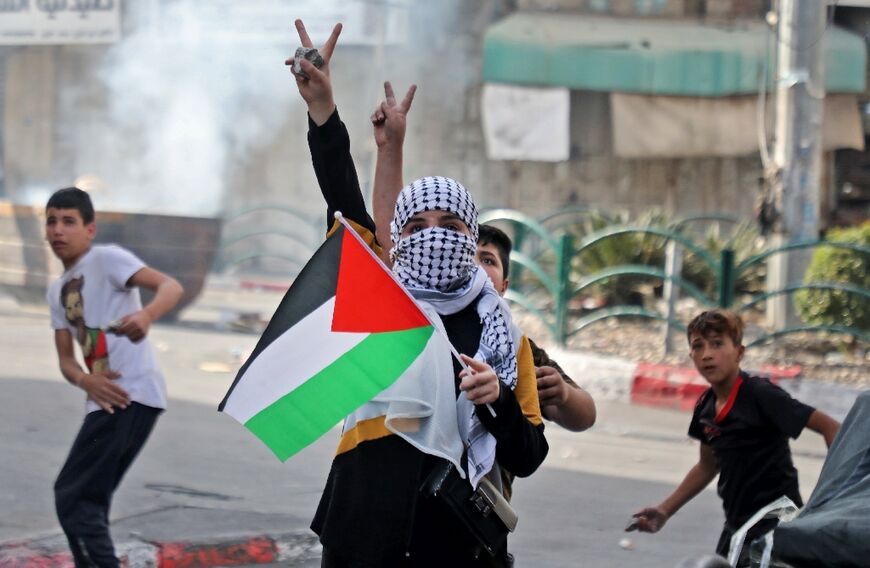 In Huwara, many storefronts have Hebrew writing, a reminder of more peaceful days when Jews would come to trade with Palestinians.

That goodwill has vanished, as Israelis living in nearby settlements, considered illegal by most of the international community, have repeatedly entered the town's outskirts to pull down Palestinian flags, angering residents and prompting clashes between Palestinians and the army.

The Palestinians say the army has stood by and watched, refusing to stop what they call settler provocations.

Today, the Israeli army has a heavy presence in Huwara. 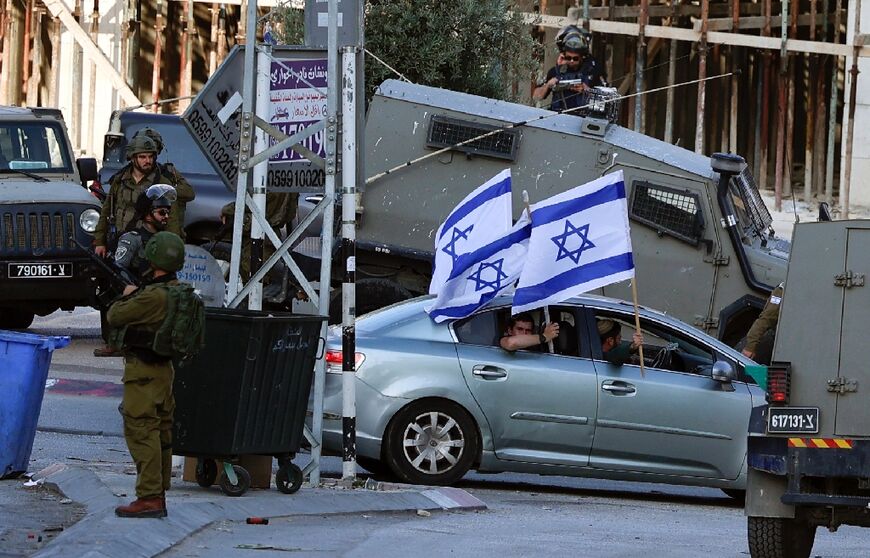 The main roads into town are blocked with mounds of dirt and rubble, and squads of nervous soldiers patrol the back streets on foot, making Huwara look like a town under siege.

"They have made an issue of the Palestinian flag," Wajeh Odeh, a former mayor of the town, told AFP. 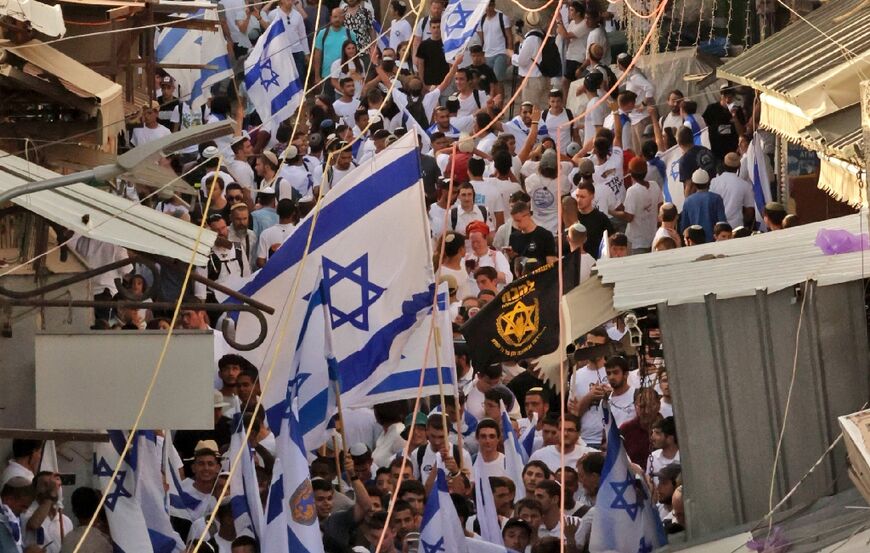 The flag is also an issue in annexed east Jerusalem, which was captured by Israel in 1967.

At the funeral of Abu Akleh last month, Israeli police were filmed beating pallbearers as officers waded into crowds of mourners to tear down Palestinian flags.

In a rare scene that afternoon, east Jerusalem's Old City was awash with thousands of Palestinians defiantly waving the flag.

Two weeks later, tens of thousands of Israeli nationalists held their annual "flag march" through the same Old City, leaving it awash in blue and white to mark Israel's 1967 capture of the eastern sector of the city. 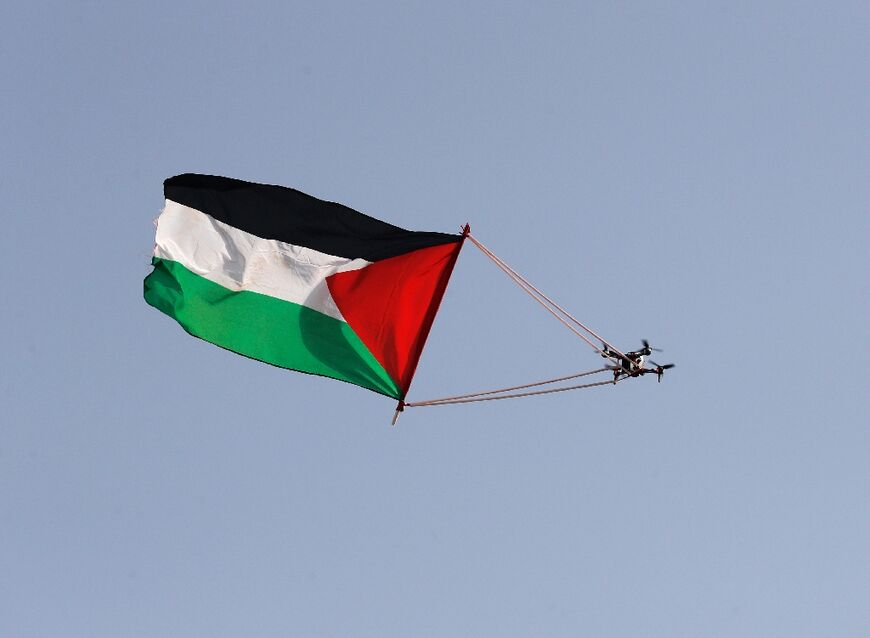 It is not illegal to wave the Palestinian flag in Jerusalem, Laura Wharton, a liberal member of the city's municipality, told AFP, though the police regularly make arrests on the grounds that the flags are being used as a provocation.

She described the police's crackdown on flags as an attempt by the Israeli far right to "invent provocations where there aren't any". 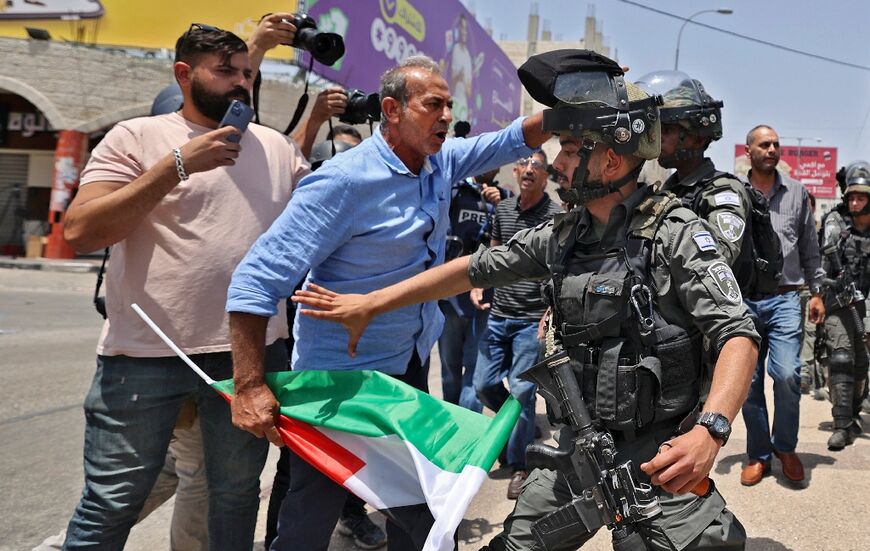 This week, Israel's parliament passed a preliminary vote on a bill proposed by right-wing Likud party lawmaker Eli Cohen to treat the Palestinian flag as the colours of an enemy state.

A description of the bill on parliament's website said the Palestinian flag is being waved by "those who do not recognise the State of Israel" or who spell "an existential danger" to it.

It argues that the flag's public display is therefore an act outside legitimate protest and "a red line not to be crossed". 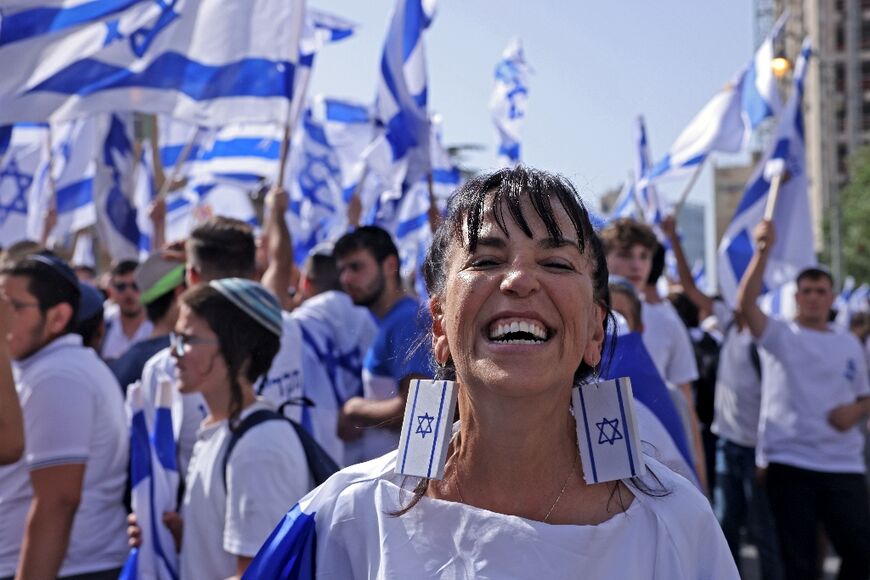 Cohen argued on Twitter that it was "time to end... incitement of hatred by strengthening our sovereignty".

Wharton said the issue of flags is "spiralling" out of control.

"The more it is made a point of dispute with the ultra-right," she said, "the more the Palestinians, especially the youth, are using it to bait them."