Abu Dhabi to cooperate with Chinese province on industry

China's Shandong province has signed an MOU with the Abu Dhabi Department of Economic Development. 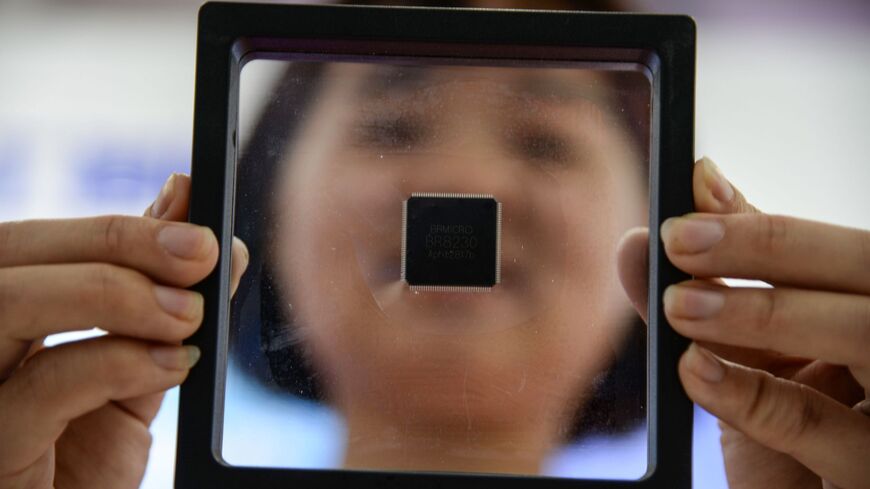 This photo taken on May 11, 2019, shows a Chinese employee holding a self-developed chip at an industrial park in Jinan in China's eastern Shandong province. - STR/AFP via Getty Images)

The United Arab Emirates’ capital city pledged today to work with a Chinese province on industry.

The Abu Dhabi Department of Economic Development signed a memorandum of understanding with the Shandong province on enhancing cooperation as well as exchanging expertise and data related to the industrial sector. To this end, they will work to promote investment and training exchanges between Emirati and Chinese companies in Abu Dhabi and Shandong, the official Emirates News Agency reported.

Why it matters: The UAE is a strong ally of the United States, but its relations with China have been expanding. In February, the Emirates announced a purchase of military aircraft from the People’s Republic. China was also the UAE’s largest trading partner last year.

China is making inroads with several Gulf states. Saudi Arabia and China cooperate on a variety of technology and energy-related projects. In January, the foreign ministers of Saudi Arabia, Bahrain, Kuwait and Oman visited China.

Shandong is the second-most populous province in China, after Guangdong.

Know more: This is not the first instance of industrial cooperation between the UAE and China. Many Chinese firms have invested in the Abu Dhabi’s Khalifa Industrial Zone Abu Dhabi in recent years.