Years after IS defeat, northern Iraq struggles to rebuild 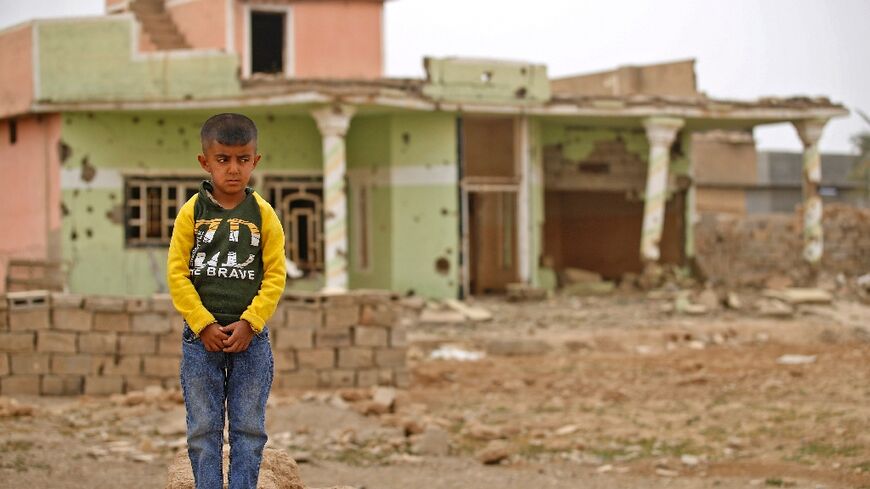 Eight years after heavy fighting between Islamic State jihadists and the Iraqi army, the reconstruction of Hanash in northern Iraq is at a standstill - AHMAD AL-RUBAYE
by Guillaume Decamme
May 3, 2022 — Habash (Iraq) (AFP)

In Iraq, "maku" means "nothing", and father-of-five Issa al-Zamzoum says "maku" a lot: no electricity, no home, no rebuilding and no job.

Eight years after heavy fighting between Islamic State jihadists and the army, the reconstruction of his war-ravaged village in northern Iraq is at a standstill.

"There is nothing here, no electricity," 42-year-old Zamzoum sighed. "Even work, there is none."

Zamzoum lives with his wife and family in Habash, some 180 kilometres (110 miles) north of the capital Baghdad, a village dotted with dozens of bomb-blasted houses still ruined from intense fighting in 2014.

Part of their roof, which caved in during the bombardment, still lies in crumbling and bullet-scarred wreckage.

In one room, a hen watches over her chicks. In another, filthy mattresses are piled up against the wall.

The building does not even belong to Zamzoum: his own home was left uninhabitable.

While the Baghdad government eventually celebrated military "victory" over IS in December 2017, the scale of destruction was immense.

"Reconstruction? We do not see it," Zamzoum said gloomily. "Nothing has happened since the war."

Habash paid a heavy price during IS's siege of Amerli, a town less than 10 kilometres away.

In 2014, the jihadists, who controlled the key northern city of Mosul and surrounding areas, moved south to attack Amerli, using surrounding settlements such as Habash as bases for their assault. 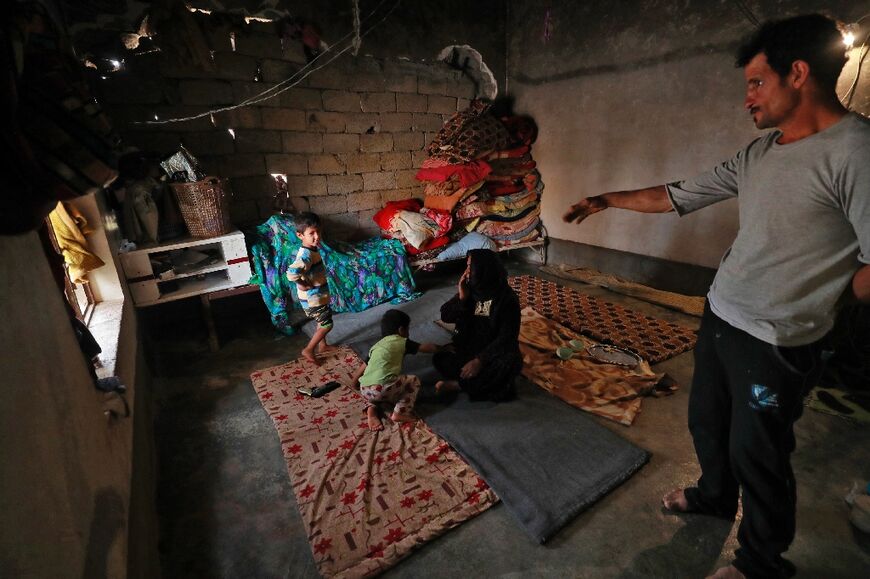 The combined forces of the Iraqi army, Shiite militias and Kurdish forces launched a counterattack to break the siege with gruelling street fighting, and IS forces were pushed out.

But for residents of the already hard-hit area, it was not the end of their suffering.

According to Human Rights Watch, after the siege "pro-government militias and volunteer fighters as well as Iraqi security forces raided Sunni villages and neighbourhoods" surrounding Amerli, including Habash.

Today, nearly 20,000 people displaced by the conflict need aid in the area, according to the Norwegian Refugee Council, an aid agency.

As well as basic needs like clean water and electricity, even obtaining identity papers is a challenge for many.

"Many people have been displaced across governorates and face major barriers to travel to obtain civil documents," the NRC said.

"Others face security clearance issues related to perceived affiliation with the Islamic State" group, it added.

Like most of the residents of Habash, Zamzoum's neighbour Abdelkarim Nouri is a Sunni Muslim.

In Shiite-majority Iraq, Sunnis have sometimes been viewed with distrust, suspected of being complicit in past support of the extremists.

IS jihadists follow a radical interpretation of Sunni beliefs.

"Our life is a shame," Nouri said. "I don't have a job. I have five sheep, and they are the ones who keep me alive."

He said he had appealed to his member of parliament for support, but nothing had changed. 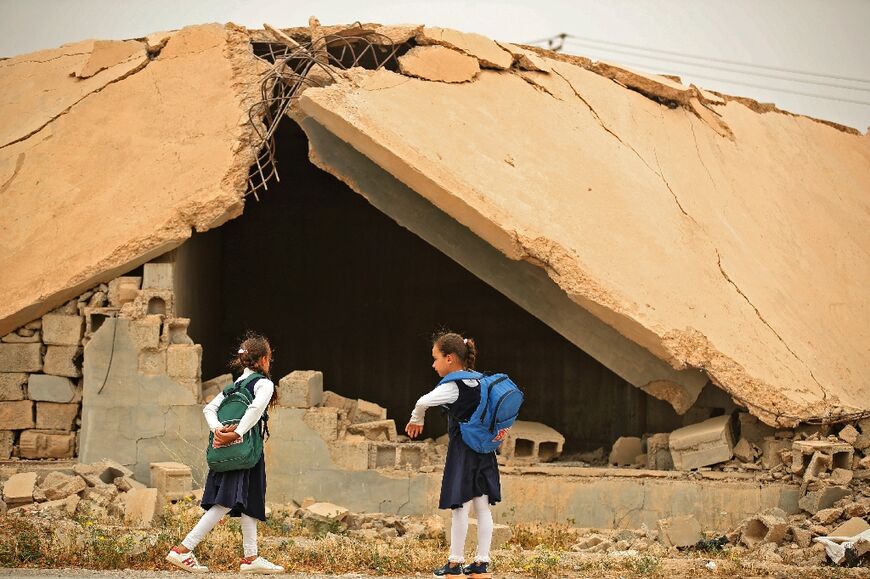 Nouri does not mention religion or talk of sectarianism -- a deeply sensitive topic in a country where tens of thousands of people died during bloody inter-religious conflict in 2006-2008.

Now, over four years since the end of IS's self-proclaimed "caliphate" in Iraq, many Sunnis say they are victims of harassment and discrimination.

The report quoted officials describing "random arrests of Sunnis in areas north of Baghdad" and detentions made on suspicion of IS links.

In Salaheddin province, where Habash is located, officials speak of "security risks" which are delaying reconstruction -- without mentioning IS jihadists by name.

On the road that leads to the village of Bir Ahmed, forces of the Hashed al-Shaabi -- a Shiite-led former paramilitary coalition now integrated into Iraq's state security apparatus -- stand guard.

"The situation in Bir Ahmed is beyond our control and that of the army," a senior officer said. "You can get in, but I can't guarantee you can get out."