US announces $800M in Syria aid as border-access vote looms

US Ambassador to the United Nations Linda Thomas-Greenfield urged the international community to ensure the latest Syria aid "actually reaches those in need." 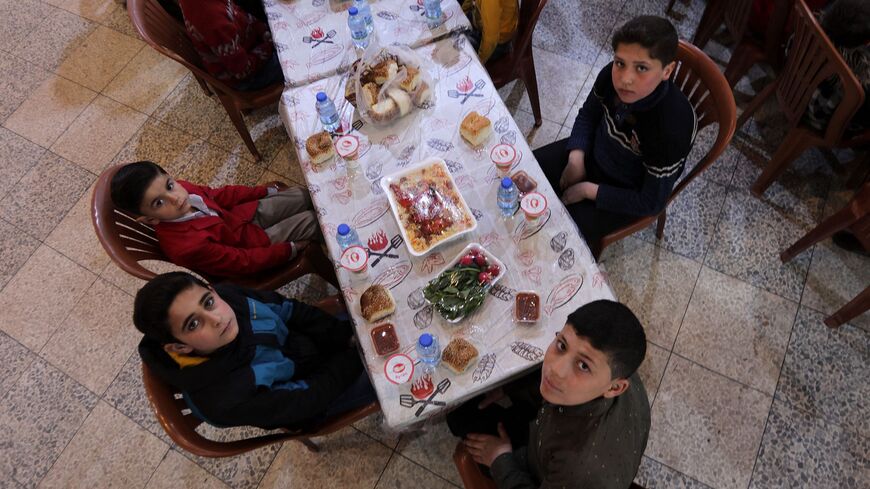 Orphaned Syrian children and widows share a meal donated by a Malaysian nonprofit organization during the Islamic holy month of Ramadan April 12, 2022, in the city of al-Bab in the north of Syria's Aleppo province. - BAKR ALKASEM/AFP via Getty Images

The Biden administration has announced more than $800 million in new humanitarian assistance for Syria, a major tranche of aid that comes as the United Nations’ aid lifeline to northwest Syria is in jeopardy.

“This assistance demonstrates that, even as we work to address other conflicts around the world, the United States maintains our unshakable commitment to the Syrian people,” US Ambassador to the United Nations Linda Thomas-Greenfield said in Brussels Tuesday during a pledging conference for Syria.

What’s next:  The UN Security Council has until July 10 to reauthorize a resolution that since 2014 has allowed UN agencies and their partners to send food, medicine and other basic goods into opposition-held Syria without the permission of the government in Damascus.

Russia has long argued the aid mechanism violates Syria’s sovereignty. Along with China, Russia has used its veto threat in the 15-member council to weaken the UN’s original aid operation, which put in place four official border crossings from Turkey, Jordan and Iraq.

Today, just one crossing point remains: Bab al-Hawa on the Syrian-Turkish border. Moscow wants to shut that entry point too and has indicated it will veto the resolution's renewal this summer.

“It’s not enough to only fund the humanitarian responses for Syria. The international community must also ensure that the funding, and the live-saving goods it purchases, actually reaches those in need,” Thomas-Greenfield said.

Why it matters:  Cutting assistance would be catastrophic for Syria, which remains one of the largest humanitarian crises in the world after 11 years of grueling civil war. Some 90% of its population is living in poverty, and nearly one-third of all children are chronically malnourished, according to the UN.

The war in Ukraine’s disruption of global supply chains has exacerbated Syria’s plight. Since Russia’s invasion, the price of cooking oil in Syria has increased by 39% and food prices are at their highest levels since 2013, according to the World Food Program.

Know more:  An 11th-hour compromise between the United States and Russia kept the UN aid operation afloat when the resolution came up for renewal last July. But the current rupture in US-Russia relations has dimmed prospects for a deal this year and the United States and its European partners are quietly exploring alternative means of aid provision.