By a vote of 15-0, the UN Security Council renewed the provision of aid from the Turkish-Syrian border through July. 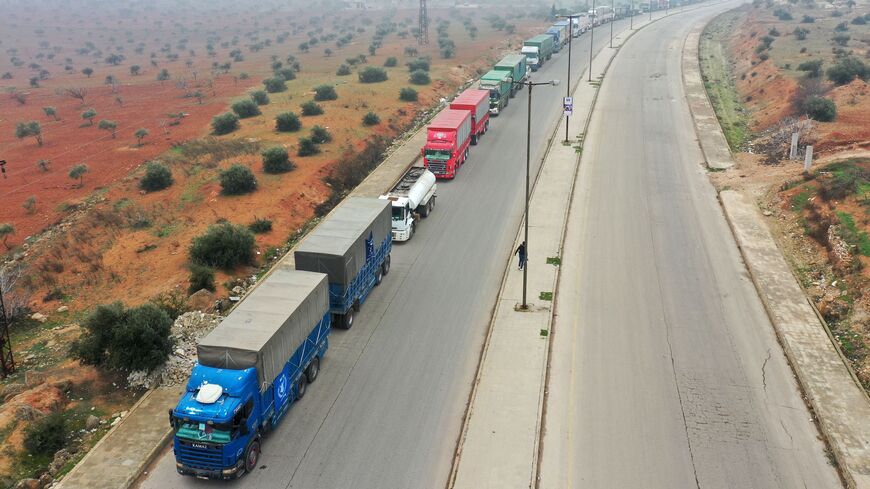 The UN Security Council unanimously voted on Monday to extend a humanitarian aid operation into northwest Syria by another six months, ensuring deliveries routed from Turkey will continue reaching those whose survival depends on them.

The United Nations' most powerful body faced a Jan. 10 deadline to extend the operation that since 2014 has allowed the UN and its partners to send food, medicine and other critical supplies into rebel-held Syria.

The council voted 15-0 in favor of the extension, with Russia surprising analysts by joining the rest of the UNSC members in approving the resolution. The United States and its allies had warned that failure to reauthorize the aid operation would be catastrophic for the millions of impoverished Syrians who rely on it to meet their basic needs.

“Today's vote allows the Syrian people to breathe a sigh of relief,” said US Ambassador to the UN Linda Thomas-Greenfield. “But while this lifeline will continue to operate, so much more could have been done and so much more still needs to be done.”

The cross-border aid mechanism that began in 2014 originally set up four border crossings — two in Turkey, one in Jordan and one in Iraq — through which humanitarian supplies could be delivered without requiring cooperation from Syrian President Bashar al-Assad’s government, which has a history of obstructing aid deliveries to opposition-held parts of the country.

In recent years, both Russia and China have used their veto powers on the Security Council to reduce the number of delivery routes into Syria, leaving only the Bab al-Hawa crossing on the Syrian-Turkish border. The UN and its partners use the remaining aid corridor to reach an average of 2.7 million Syrians each month.

Following the vote, Russia’s UN ambassador Vasily Nebenzya called his country’s approval of the aid continuation a “difficult decision” that shouldn’t be viewed as a change in its long-held position that the cross-border deliveries violate Syrian sovereignty and territorial integrity.

Russia, which has long threatened to veto the aid operation in its entirety, was expected to abstain from the latest vote. Richard Gowan, UN director at the International Crisis Group, interpreted the Russians’ vote in favor on Monday as a sign that they want to avoid starting the year isolated in New York.

“Moscow is likely happy that the negotiations of this renewal were quite low-key, and that the US and its allies did not try to embarrass Moscow by pushing for a longer extension or forcing a Russian veto,” Gowan told Al-Monitor.

“I wouldn't infer that future talks on the mandate will be smooth, though,” Gowan said, adding that he expects Russia to seek new concessions when the resolution is set to expire in July.

Faced with the threat of a Russian veto last July, the 15-member body settled on a six-month extension, rather than the full year renewal sought by Western powers. Aid agencies say the council's six-month authorizations fall short of what is needed to address Syria's continued humanitarian crisis, including a rapidly spreading cholera outbreak.

“The successive failure of the UN Security Council to seize upon its responsibility to create a more sustainable means to reduce suffering and improve prospects for generations blighted by this horrific conflict is shocking,” Mofya said in a statement Monday.

Aid groups say there is no viable alternative to the cross-border mechanism. The UN funds and coordinates operations among local and international aid groups under a system that couldn’t be replicated on the same scale.

The vote Monday came as economic conditions remain dire in Idlib province. The last pocket of rebel resistance in northwest Syria, which is mainly controlled by the Hayat Tahrir al-Sham extremist group, is home to 4.1 million Syrians. Many sought refuge in Idlib after fleeing hostilities elsewhere in the country.

The uncertainty surrounding the cross-border resolution’s renewal each year causes panic in the aid community, forcing relief organizations to stockpile supplies and appeal for the bare minimum at a time of unprecedented need in Syria. After 12 years of war, the UN says a record 14.6 million Syrians require urgent humanitarian assistance.

Editor's note: This article has been updated since first publication.