The career diplomat's nomination was approveded by a vote of 54 to 44. 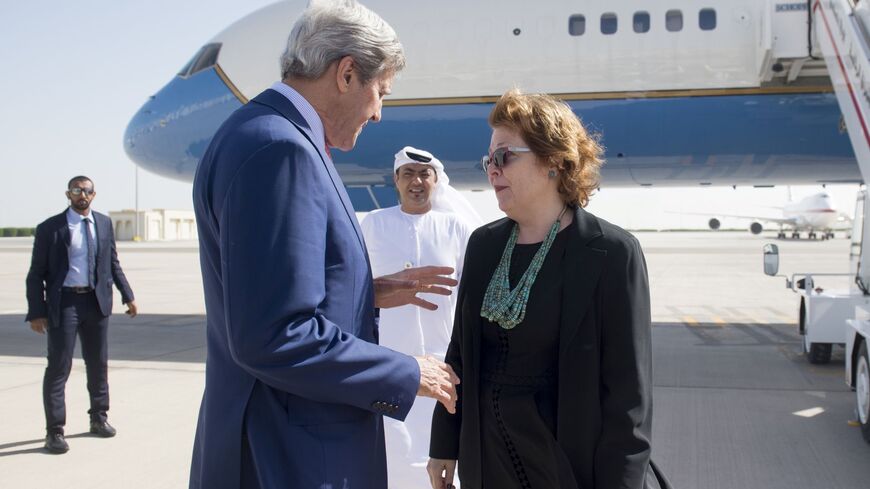 US Secretary of State John Kerry speaks with US Ambassador to the UAE Barbara Leaf prior to departing Abu Dhabi on June 9, 2016. - AUL LOEB/AFP via Getty Images

The US Senate has confirmed career diplomat Barbara Leaf as the State Department’s top Middle East official, nearly a year after Senator Ted Cruz put a hold on approving her nomination.

By a vote of 54 to 44, the Senate on Wednesday confirmed Leaf as the assistant secretary of state for Near Eastern affairs. Leaf has been serving as the National Security Council’s senior director for the Middle East.

Cruz, R-Texas, had held up her nomination since October, ostensibly because he was unsatisfied with her written responses to his questions on issues including Iran, Israel and Egypt. Cruz’s critics, including Connecticut Democrat Sen. Chris Murphy, accused the Texas senator of “political grandstanding.”

Why it matters: Leaf’s confirmation brings a veteran Middle East diplomat to Foggy Bottom at a time when many in the region are questioning the US security commitment.

Leaf served as US ambassador to the United Arab Emirates from 2014 to 2018. Her other postings include deputy assistant secretary of state for the Arabian Peninsula; deputy assistant secretary for Iraq; and the department’s first director of the Office of Iranian Affairs. She was also a fellow at the Washington Institute for Near East Policy during the Trump administration.

What’s next: Leaf rejoins the State Department as the administration seeks to revive a nuclear deal with Iran, bolster a fragile truce in Yemen and mitigate the Ukraine war’s economic fallout on the Middle East. The US is also pushing to reauthorize the UN’s cross-border assistance mechanism for Syria.