Turkey, Israel and others refrained from commenting on the American gun debate in their statements. 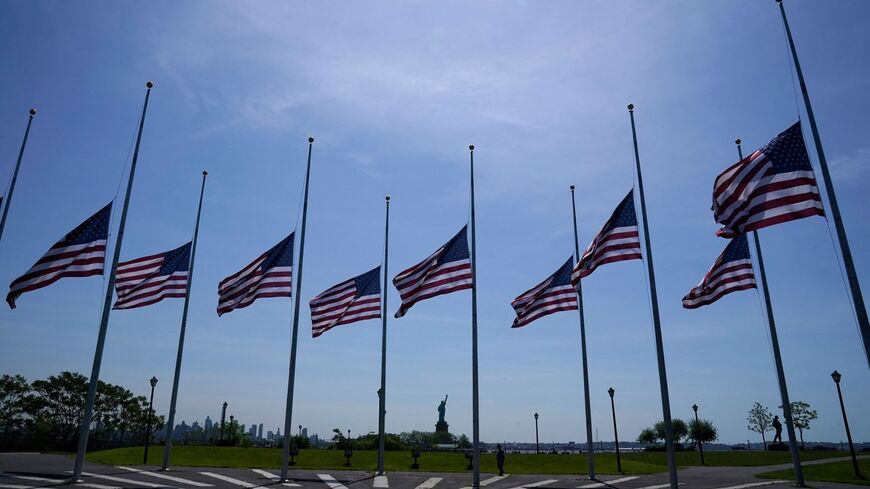 US flags fly at half-mast at Liberty State Park in Jersey City, NJ, on May 25, 2022, as a mark of respect for the victims of the May 24 shooting at Robb Elementary School in Uvalde, Texas. A teenage gunman killed at least 19 young children and two teachers at the elementary school on May 24. - TIMOTHY A. CLARY/AFP via Getty Images

Several Middle Eastern states have issued statements in response to the horrific school shooting in the southern US state of Texas.

A lone gunmen opened fire inside a school in Uvalde, Texas using a semi-automatic rifle yesterday, killing at least 19 children and two teachers. The tragedy reignited the divisive debate over gun control in the United States.

Israeli Prime Minister Naftali Bennett, whose parents are from the US, tweeted that “Israel mourns together with the American people.”

Jordanian Foreign Minister Ayman Safadi also wrote on Twitter to say his “thoughts and prayers” are with the victims.

None of the governments addressed the controversy surrounding gun control in the United States.