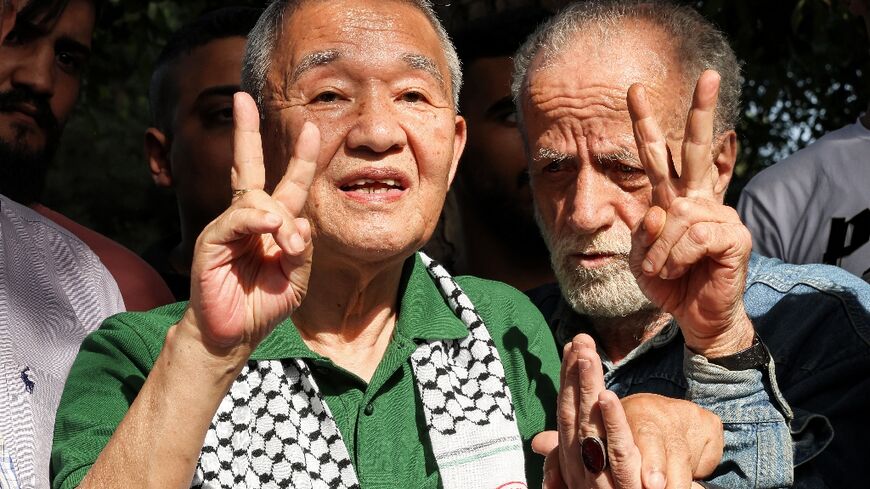 Kozo Okamoto's life should have ended in 1972 when he took part in a suicide attack on Israel's Lod airport that killed 26 people.

Yet half a century and two stints in prison later, he is still alive, leading an uneventful existence as Lebanon's first and only political refugee.

Now a frail, grey-haired man, Kozo Okamoto is still wanted in his native Japan but remains something of a folk hero in Lebanon's Palestinian refugee camps.

When he boarded the Air France flight from Rome on May 30, 1972, the name he was given by the Japanese Red Army (JRA) on his fake passport was Daisuke Namba, a man who tried to assassinate Crown Prince Hirohito in 1923.

But Ahmad was the nom de guerre he went by in the Popular Front for the Liberation of Palestine, the leftist organisation that trained him and planned the attack for the JRA.

Prior PFLP hijackings had led to increased passenger screening by airlines but inspection of check-in luggage was still rare.

Kozo Okamoto and his two accomplices passed through immigration untroubled at what is now the high-security Ben Gurion airport near Tel Aviv.

They picked up their baggage from the carousel, whipped out assault rifles and grenades to sow carnage around them.

Among the 26 killed were one Canadian and eight Israelis.

All 17 others were Christian pilgrims from Puerto Rico. To this day, a remembrance ceremony is held every May 30 in San Juan.

The massacre was planned as a suicide attack and all three Japanese militants had intended to mutilate their faces with their grenades to make identification more difficult.

Two of them died but Okamoto was wounded and captured. 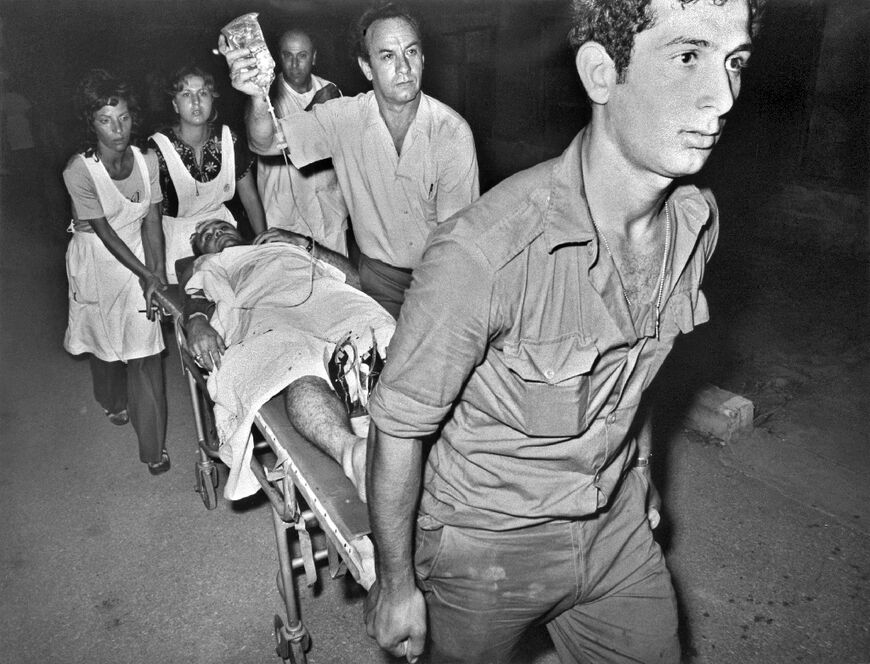 In detention, he was tricked out of his side of a deal he allegedly struck with an Israeli general, whereby he would provide information in exchange for a weapon with which to kill himself.

During his high-profile trial, he consistently angled for the death penalty, a punishment Israel only implemented once -- against Nazi war criminal Adolf Eichmann.

"Okamoto was working for the prosecution," was how his court-appointed Israeli lawyer put it, according to a 1976 interview by academic Patricia Steinhoff.

He was eventually sentenced to life.

By the time he was released as part of a massive prisoner exchange in May 1985, Okamoto was not dead but he seemed barely alive.

On an AFP photo shot at Tripoli airport in Libya, his eyes are glazed into a dull stare as Palestinian fighters hoist him on their shoulders in triumph.

"When he was released, he looked like a corpse," said Abu Yusef, a PFLP official in Beirut who provides for Okamoto's needs, from accommodation to food and health care.

Okamoto had spent much of his Israeli jail time in solitary, forced to eat from the ground like a dog, with his hands cuffed behind his back, according to the PFLP.

Long after his release, Abu Yusef told AFP in an interview, he would still lean over the table and finish his plate by licking it clean.

After years in JRA camps in Lebanon's Bekaa Valley, Okamoto was arrested in 1997 on forgery charges.

Under pressure from Tokyo, four other JRA members were extradited in 2000, but Okamoto was released and granted asylum after weeks of demonstrations by pro-Palestinian groups.

He has since lived in the care of the PFLP, whose influence has dwindled since its terrorist operations made headlines decades ago but still treats Okamoto with the respect owed to elders from a bygone era.

For a 50th anniversary commemoration on Monday, Okamoto made a rare public appearance.

PFLP militants walked him to a cemetery on the edge of the Shatila Palestinian refugee camp in Beirut.

During a brief wreath-laying ceremony for the two JRA commandos who died when he didn't, he smiled to the cameras, flashed a V-sign and was escorted back.

Born the youngest of six children in a middle class family of southern Japan, Okamoto had no particular connection to the Palestinian cause growing up.

But "until today, he speaks of Palestine and refuses the occupier," Abu Yusef said.

However, without travel documents, Kozo Okamoto has led a sedate life.

His minders used to give him little bundles of eight cigarettes three times a day but the 74-year-old quit smoking recently.

Okamoto eats his meals at set times and spends hours watching "Tom and Jerry" or other cartoons on television.

He lives in semi-hiding, with limited knowledge of the outside world.

"He is not going to be any threat to Israel or Japan," said May Shigenobu, daughter of JRA founder Fusako Shigenobu who was freed on Saturday after 20 years in a Japanese jail.

"But the Japanese are still demanding his extradition every year, so there is attention on him despite his physical and mental condition," she told AFP.

"I cannot dismiss the possibility that his life is still under threat," said Shigenobu, who was raised in Lebanon and is familiar with Okamoto's situation.