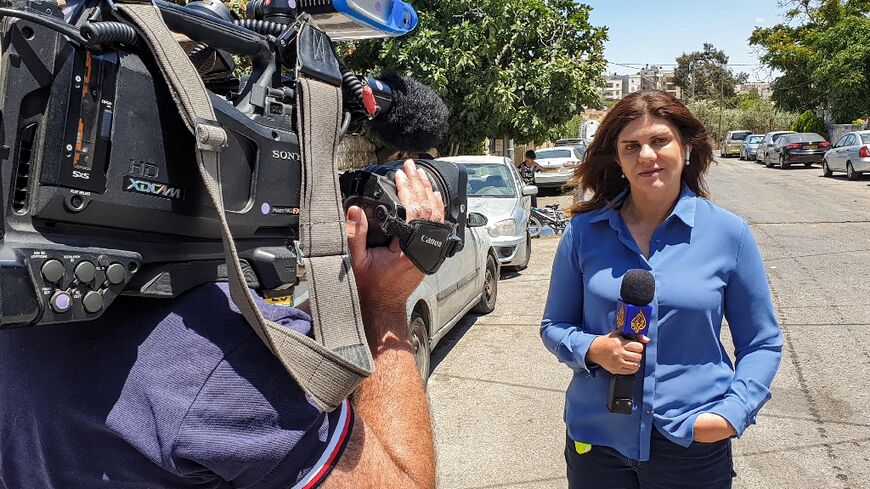 Al Jazeera's veteran TV journalist Shireen Abu Akleh seen while reporting for the Qatar-based news channel from Jerusalem on May 22, 2021 - -
by Yasmin ZAHER
May 24, 2022 — Jerusalem (AFP)

Following the fatal shooting of Al Jazeera reporter Shireen Abu Akleh during a raid in the occupied West Bank, AFP has looked at the Israeli army's record of probing previous journalist deaths.

The Qatar-based TV channel alleged that Palestinian-American Abu Akleh, 51, who was wearing a blue flak vest marked "Press", was killed deliberately by an Israeli soldier on May 11.

The Israeli Defense Forces (IDF) said an initial investigation had not determined whether she was killed by stray Palestinian gunfire or an Israeli bullet aimed at a militant.

But the army has said that if an Israeli soldier fired the deadly bullet, it did not appear that the soldier was guilty of criminal misconduct. 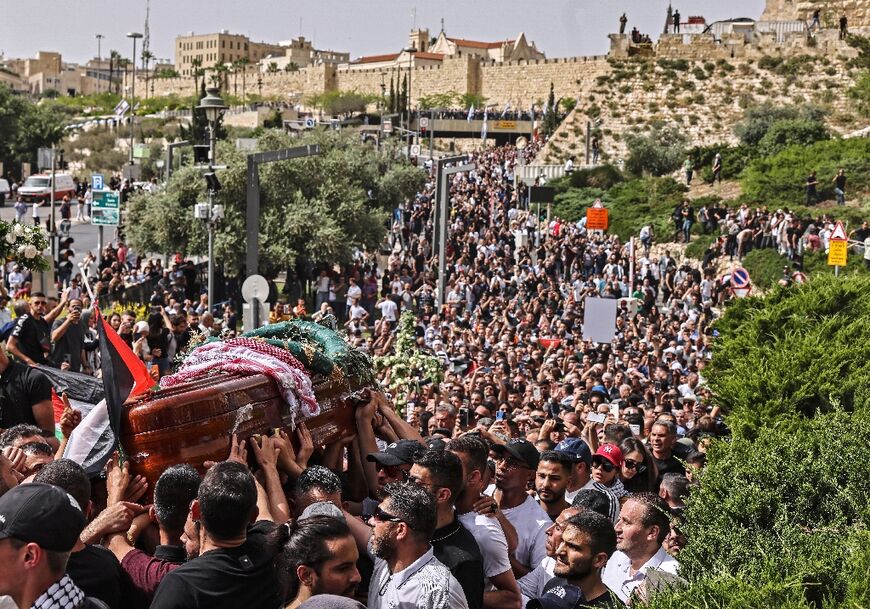 Several human rights groups that are prominent critics of Israel told AFP that the IDF's record of accountability in similar cases had been dismal.

Roy Yellin of B'Tselem -- the first Israeli group to publicly allege that Israel's treatment of Palestinians amounts to "apartheid" -- charged that investigations usually amount to "an organised cover-up" that aim "not to bring about truth and accountability but, on the contrary, to prevent them".

Israel's military has described its internal justice processes as "robust".

- What is the recent history? - 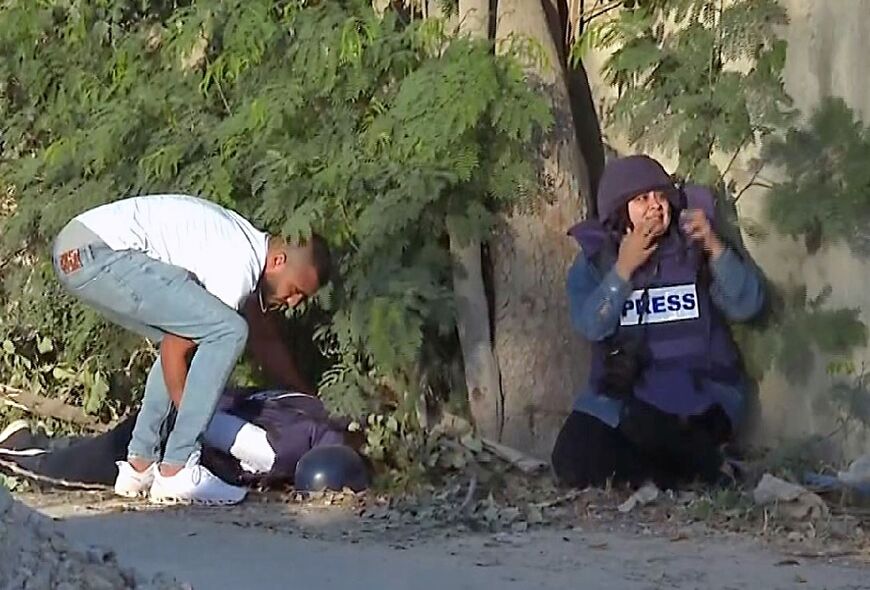 According to Paris-based Reporters Without Borders (RSF), at least 30 journalists, mostly Palestinians, have been killed by Israeli fire in the West Bank and Gaza since 2000, mostly while reporting.

The group recorded no such deaths inside Israel over the same period.

All but four of the cases cited by RSF involved Palestinian journalists. The foreigners were a Briton, two Italians and a Turkish national.

Asked to identify a case this century where a soldier faced charges following a journalist's death, army spokespersons did not produce an example. AFP has shared RSF's list with the military.

A military spokeswoman told AFP that "in cases where a claim is made regarding the use of excessive force against any individual, and against journalists in particular," the IDF launches an investigative procedure.

In some cases, "those responsible are criminally tried or command steps are taken against them", she said.

- How do Israeli investigations work? - 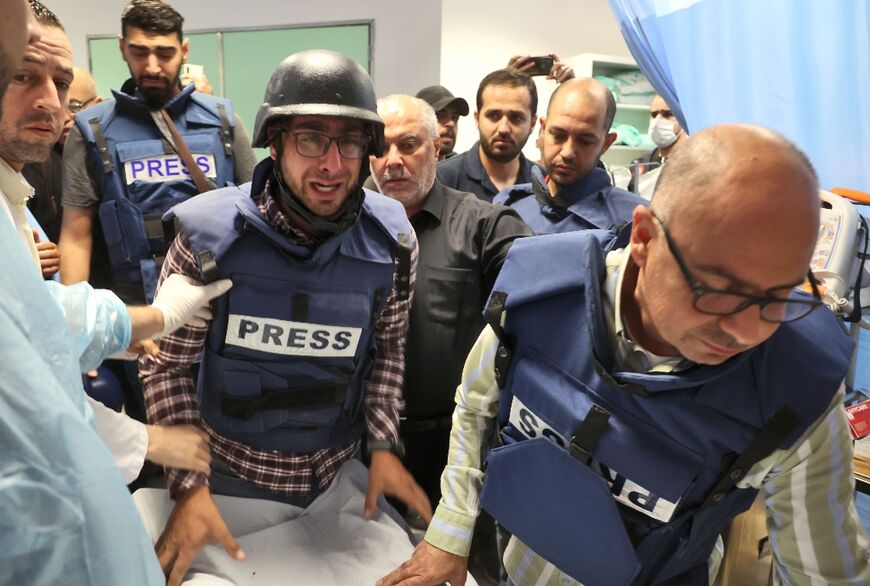 Israel's army said that it typically opens an initial probe in cases where it appears a civilian was killed by soldier's fire in the West Bank.

An army statement Monday citing Military Advocate Yifat Tomer-Yerushalmi said: "Given that Ms Abu Akleh was killed in the midst of an active combat zone, there can be no immediate suspicion of criminal activity absent further evidence."

Tomer-Yerushalmi stressed that the army had made no decisions on whether a criminal probe will be required in this case.

Shireen Khatib of the Palestinian Center for Development and Media Freedom told AFP that since 2000 no Israeli soldier had been held responsible for killing a journalist.

- What previous cases are there? - 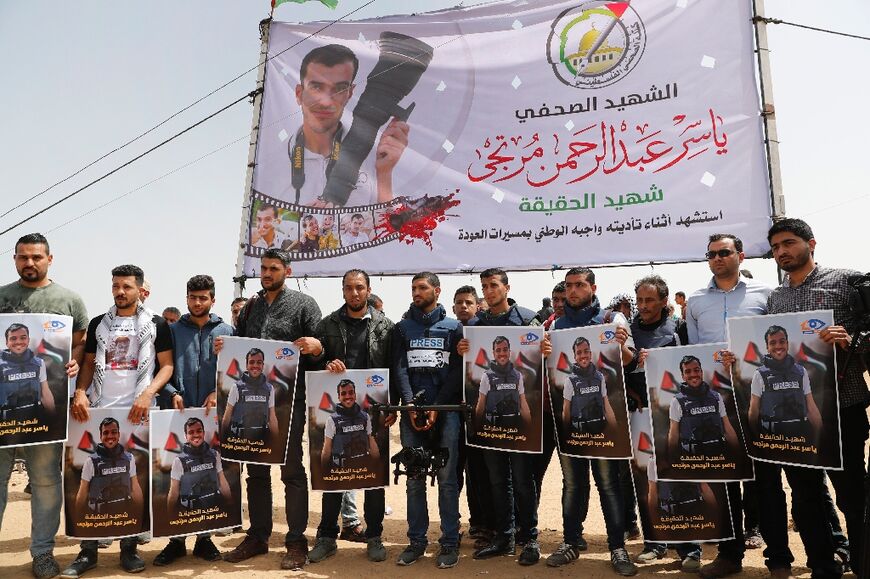 Palestinian photographer Yasser Murtaja, 30, was killed by Israeli sniper fire while covering protests along the Gaza border on April 6, 2018.

He worked with Gaza-based Ain Media and had contributed to Al Jazeera.

An AFP picture taken after he was wounded showed Murtaja wearing a press vest.

Israel later accused him of being a member of Islamist group Hamas, a claim denied by his family and colleagues. The US State Department later said Murtaja had been vetted before receiving a US grant.

The army said an initial examination found "no suspicion ... which would justify the opening of a criminal investigation".

"From the start of the violent riots, the (army) called on civilians to avoid approaching the area of active combat and violent riots led by Hamas." 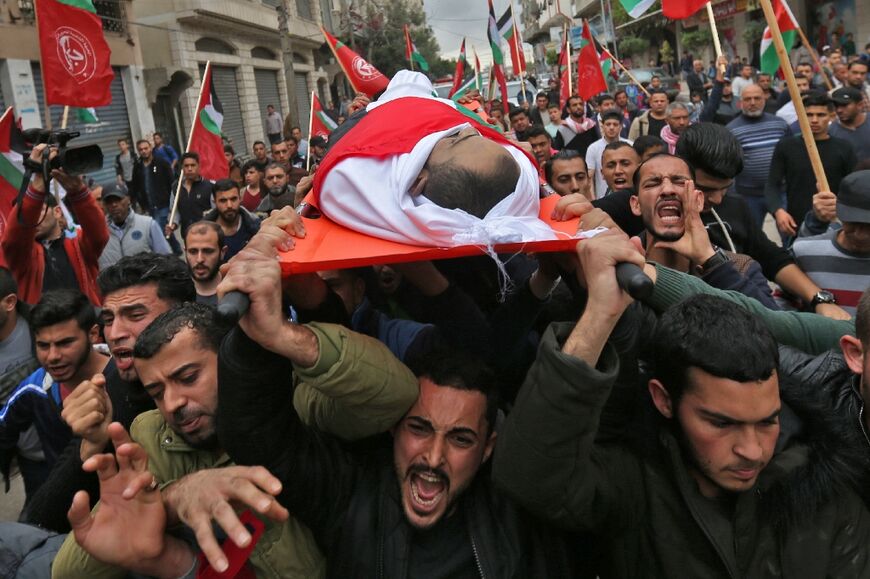 A week after Murtaja's death, Palestinian journalist Ahmed Abu Hussein, 25, was shot in the stomach by Israeli forces while covering similar protests.

He died two weeks later, after receiving treatment in an Israeli hospital.

Abu Hussein worked for Radio Shaab, seen as close to the left-wing Popular Front for the Liberation of Palestine, and took photos for a local news agency.

The army said "no suspicion was found which would justify the opening a criminal investigation" in the case. 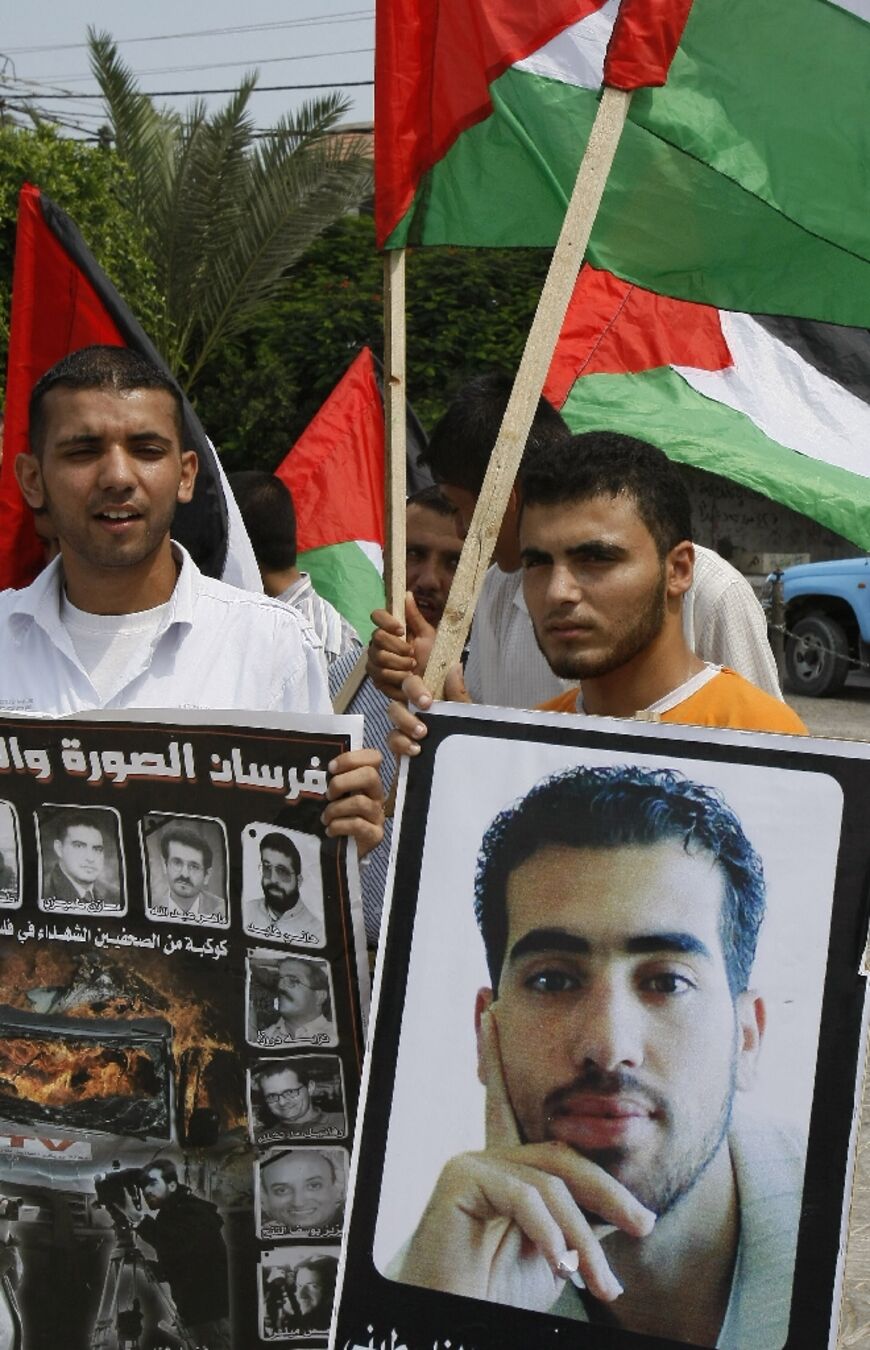 Palestinian photographer Fadel Shana, 24, who worked for Reuters, was killed in Gaza on April 16, 2008 along with eight other civilians when an Israeli tank fired as he filmed it from around 1.5 kilometres (a mile) away.

Reuters' own investigation and witnesses said Shana's blue flak jacket and vehicle were both clearly marked with press and TV tags, and that none of those killed or wounded were militants.

A military probe cleared troops of misconduct, calling the decision to fire a tank round at them "reasonable".