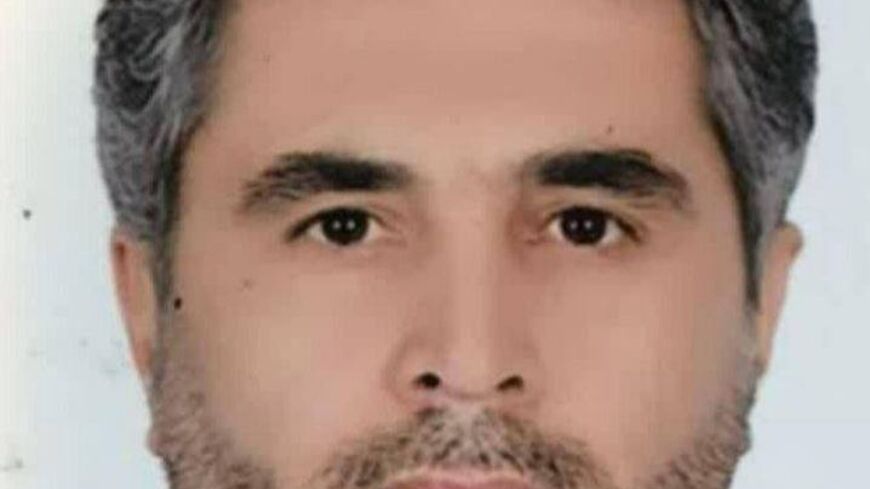 Iranian Revolutionary Guards colonel Sayyad Khodai was shot dead by motorcyclists outside his Tehran home in what Iran calls an "assassination" carried out by gunmen linked to "global arrogance", a term it uses to describe the US and its allies - -
by Ahmad Parhizi
May 22, 2022 — Tehran (AFP)

An Iranian Revolutionary Guards colonel was shot dead outside his Tehran home on Sunday, the Guards said, blaming his "assassination" on assailants linked to the United States and its allies.

The killing of Colonel Sayyad Khodai is the most high profile murder inside Iran since the November 2020 killing of top nuclear scientist Mohsen Fakhrizadeh.

Iran had accused Israel of masterminding the attack on Fakhrizadeh's convoy near Tehran, and later identified him as a deputy defence minister.

On Sunday, Iran's Islamic Revolutionary Guards Corps said that "elements linked to global arrogance" -- a reference to the US and its allies, including Israel -- were responsible for the "terrorist act" that claimed Khodai's life.

In a statement posted on their website, the Guards said Khodai "was assassinated in an armed attack carried out by two motorcyclists on Mojahedin-e Eslam street in Tehran", outside his home.

The Guards -- the ideological arm of Iran's military -- described Khodai as a "defender of the sanctuary", a term used for anyone who works on behalf of the Islamic republic in Syria or Iraq.

Revered general Qasem Soleimani, who headed the Quds Force, the foreign operations arm of the Revolutionary Guards, was killed in a US drone attack in the Iraqi capital Baghdad in January 2020.

The Islamic republic is also a major ally of Syrian President Bashar al-Assad and has backed his government in that country's 11-year civil war. Tehran says it has deployed forces in Syria at the invitation of Damascus, but only as advisors.

State television said that Khodai was "well-known" in Syria, without elaborating.

The official news agency IRNA said Khodai was killed by five bullets as he returned home at around 4:00 pm (1130 GMT).

The agency published pictures showing a man slumped over in the driver's seat of a white car, with blood around the collar of his blue shirt and on his right upper arm.

He is strapped in with his seat belt and the front window on the passenger side has been shot out.

"This inhuman crime was perpetrated by terrorist elements linked to global arrogance," he said in a statement, denouncing "the silence of countries that pretend to fight against terrorism".

The Guards said they launched an investigation to identify the "aggressor or aggressors".

The Fars news agency reported that the state prosecutor visited the scene of the killing and ordered the "quick identification and arrest of the authors of this criminal act".

Hours earlier on Sunday, the Guards said they had arrested a gang of "thugs linked to the intelligence agency of the Zionist regime (Israel)".

A statement said the suspects were involved in a series of crimes, including "robberies, kidnappings and vandalism".

Khodai's killing came as negotiations between Iran and world powers to restore a 2015 nuclear deal have stalled since March.

One of the main sticking points is Tehran's demand to remove the Guards from a US terrorism list -- a request rejected by Washington.

The 2015 agreement gave Iran sanctions relief in exchange for curbs on its nuclear programme to prevent Tehran from developing an atomic bomb -- something it has always denied wanting to do.

But it fell apart after US president Donald Trump pulled out of the deal unilaterally in 2018 and reimposed biting economic sanctions on Tehran, prompting Iran to begin rolling back on its own commitments.