Iran is seeking to strengthen ties with its fellow Persian-speaking country and drones play a big role in the Islamic Republic’s military strategy. 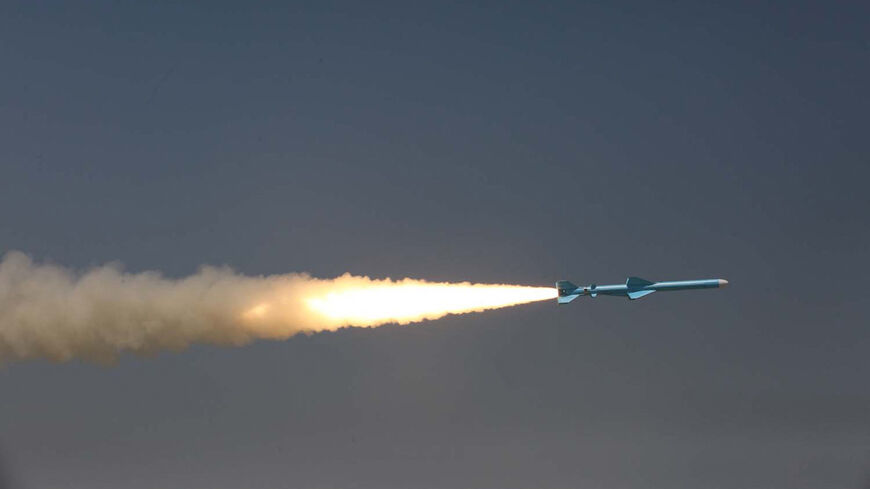 A handout picture provided by the Iranian army's official website on Sept. 11, 2020, shows an Iranian Ghader missile being fired during the second day of a military exercise in the Gulf near the strategic strait of Hormuz in southern Iran. - Iranian Army office/AFP via Getty Images

Iran unveiled a factory in Tajikistan today that will produce drones.

“We are in a position to apart from meeting our domestic need, we can export military equipment to allied and friendly countries to help increase security and sustainable peace,” said Bagheri at the opening ceremony.

What it is:  Iran’s Ababil drones are made for combat purposes. Some of the unmanned aerial vehicles used by Iranian proxy groups and allies in Lebanon, Gaza, Iraq and Yemen bear a resemblance to them, according to the United States Institute of Peace.

Why it matters:  Iran has sought to improve relations with Tajikistan in recent years, as it has with other states in Central Asia. In February, officials from both countries pledged to increase bilateral trade to $500 million annually. Trade between the two countries amounted to $121 million in 2021, a more than 100% increase from the $55 million in 2020.

The Persian language is the lingua franca in both Iran and Tajikistan.

Iran’s drone technology is crucial to its military operations in the Middle East. Iran has provided drones to its allies in Iraq’s Popular Mobilization Units and Houthi rebels in Yemen. Israeli officials fear Iran is providing Lebanon’s Hezbollah with drones in light of a Hezbollah drone violating Israel’s airspace in February. In March, Iran accused Israel of destroying hundreds of its attack drones.