The airline said that sustainable aviation fuel will be needed to make planes pollute significantly less, but the technology is not ready for mass use. 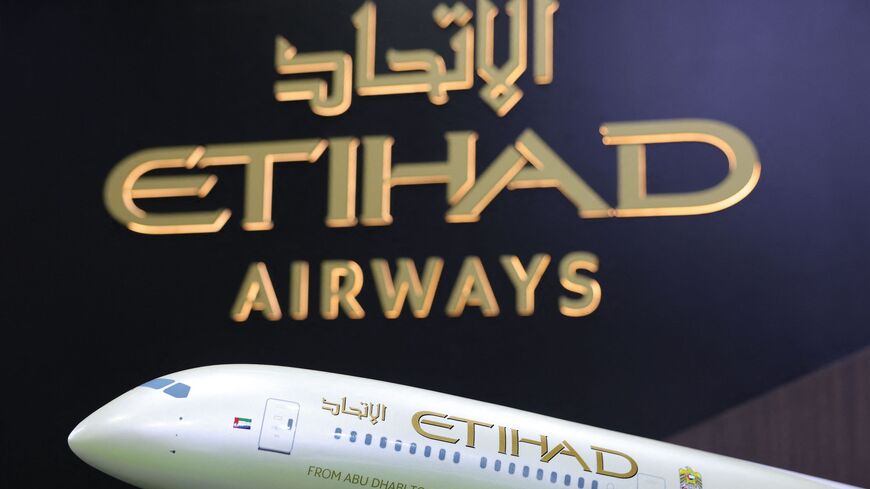 An Etihad airplane model is displayed at the Arabian Travel Market exhibition in the Gulf emirate of Dubai, on May 17, 2021. - GIUSEPPE CACACE/AFP via Getty Images

Etihad Airways recently tested out EcoFlights that are purportedly better for the environment.

The Abu Dhabi-based airline announced today that it operated 42 of the flights in a five-day period. Here are some of the green practices the flights implemented and their potential environmental impact:

Why it matters: Air travel is a major cause of air pollution, so using greener flying practices could have a positive impact on the environment.

Etihad said in the press release that sustainable aviation fuel will be needed to make a significant dent in the carbon emissions from air travel.

Sustainable aviation fuel refers to fuel that is produced from biological materials such as plant matter and cooking oil. It has the potential to reduce carbon dioxide emissions by 80%, according to the Switzerland-based Air Transport Aviation Group.

Sustainable aviation fuels are not yet close to being able to scale to meet the demands of international air travel at present, though. In December, The Guardian reported that it makes up less than 0.1% of aviation fuel. There is a limited supply of the right plants needed to source this fuel, and growing more poses other environmental problems such as deforestation, according to the outlet.

The cost of sustainable aviation fuel is also as much as six times higher than that of fossil fuel at present, according to Etihad, which added that the substance is “incredibly difficult to the point of impractical to procure.”