The Italian energy company is pursuing increased cooperation with Egypt as well as Algeria. 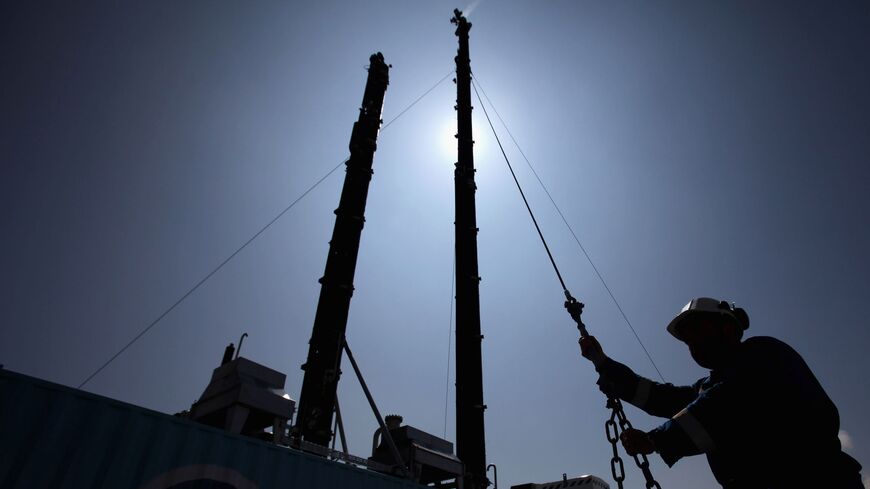 Scientists stand beside a new carbon capture test unit at Longanet power station on May 29, 2009 in Longanet, Scotland. The new technology at the coal-fired power station removes carbon dioxide using chemicals and turns it into a liquid which is stored underground. - Jeff J Mitchell/Getty Images

The Egyptian Ministry of Petroleum announced yesterday a new initiative to store carbon.

The Italian oil and gas company ENI will invest $25 million in a project to store between 25,000 and 30,000 tons of carbon dioxide in Meleiha field in northern Egypt, the Ministry of Petroleum said in a press release.

What is carbon storage: Carbon storage refers to the capture and separation of carbon dioxide from industrial processes before it is released into the atmosphere. The gas is then stored deep underground. The method reduces the release of dangerous emissions, thereby helping the environment, according to the US Department of Energy.

Why it matters: Egypt is attempting to improve its carbon footprint by pursuing renewable energy sources, and is seeking help from European partners. Last week, a German bank announced funding for solar panels in Egypt’s Aswan dam.

Know more: ENI is seeking an increased footprint in North Africa, and recently signed gas deals with both Egypt and Algeria.