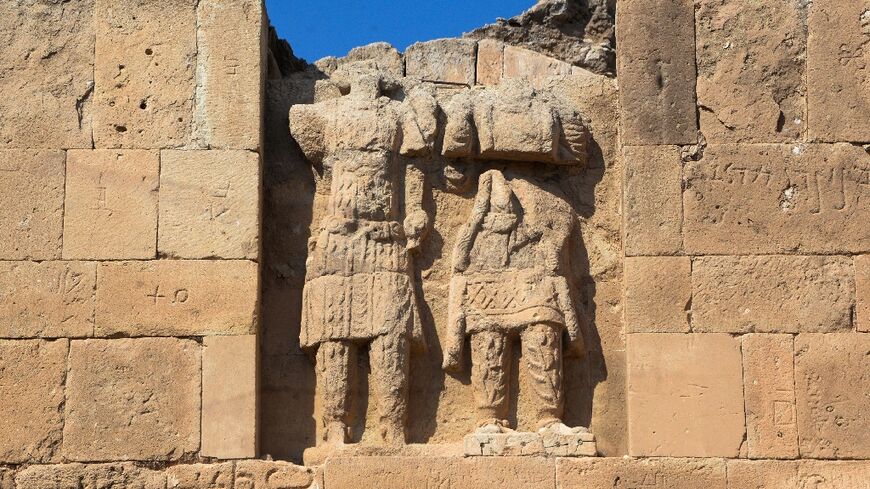 Civilisation in Iraq dates back thousands of years but the country's rich heritage has suffered from decades of looting and war - Zaid AL-OBEIDI
Agence France-Presse
May 15, 2022 — Baghdad (AFP)

A Briton and a German allegedly found with ancient pottery shards in their luggage told the start of their trial Sunday in Iraq that they had no intention of breaking the law.

James Fitton, 66, a retired British geologist, and Volker Waldmann, 60, a Berlin psychologist, appeared dressed in the yellow uniform of detainees for the two-hour hearing at a Baghdad criminal court.

The two men, who did not know each other before they travelled to Iraq on an organised tour, were arrested March 20 at Baghdad airport.

Their trial comes with the war-ravaged country, whose tourism infrastructure is almost non-existent, timidly opening to visitors.

The judge told the accused they were charged under a 2002 law which provides for sentences up to the death penalty for those guilty of "intentionally taking or trying to take out of Iraq an antiquity".

According to statements from customs officers and witnesses, Fitton's baggage contained about a dozen stone fragments, pieces of pottery or ceramics.

Waldmann allegedly had two pieces, but denied they were his.

"I never possessed any of these items," Waldmann told the court in English. He said the items found in his luggage belonged to Fitton.

"We were visiting the ancient sites and he found them and gave them to me."

In other remarks translated from German, he said he put the pieces in a "transparent bag" and never tried to conceal them.

When the judge asked Fitton why he tried to take the artefacts out of Iraq, he cited his "hobby" and said he did not mean to do anything illegal.

"I didn't realise that taking them was against the law," he said, adding that some of the ancient sites were open and unguarded.

"I am a retired geologist. My interests still lie in geology and ancient history and archeology," said Fitton, who lives in Malaysia.

He added that "most of the pieces were really small".

Fitton's family has said the fragments came from the Eridu archaeological site in southern Iraq.

The trial is to continue on May 22.