The long-awaited Turkish-US strategic mechanism aims to set up regular channels to help the two countries cooperate where they can and prevent outstanding issues from blowing up into crises. 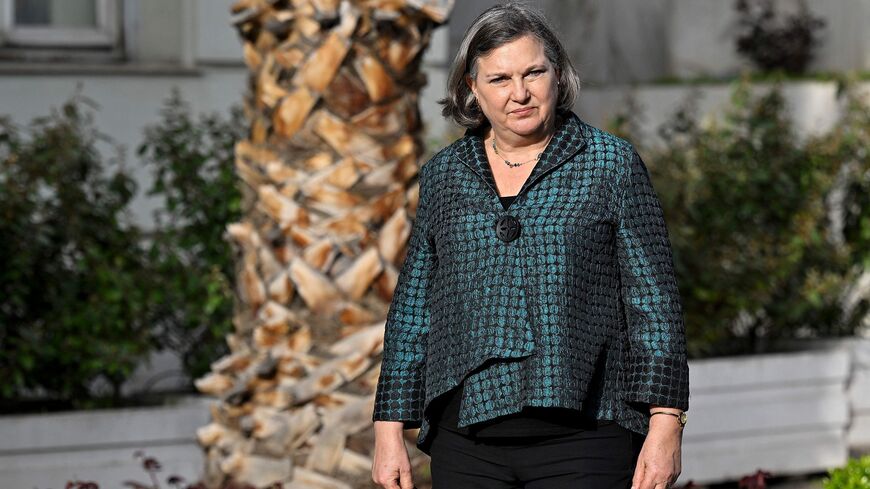 US State Department Undersecretary for Public Affairs Victoria J. Nuland poses upon her arrival for a meeting with Greece's Foreign Minister at the Ministry of Foreign Affairs in Athens, on April 5, 2022. - LOUISA GOULIAMAKI/AFP via Getty Images

Following months of diplomacy, Turkey and the United States have launched a strategic mechanism to boost cooperation in areas such as economy and defense.

“There is a new energy in ties,” Victoria Nuland, the US State Department's undersecretary for political affairs, told the Turkish media after meeting with Turkish Foreign Ministry and Presidency officials. The new mechanism allows Turkish and American officials to talk about all of the issues, from trade to human rights and civil society, or regional issues from Syria to Ukraine, she added.

A US-Turkey joint statement on April 4 held out the possibility of a minister-level meeting later this year. According to diplomatic sources, this is likely to occur in Washington, marking the first official visit of Turkish Foreign Minister Mevlut Cavusoglu since President Joe Biden took office.

The statement said that Nuland and Turkish Deputy Foreign Minister Sedat Onal "met in Ankara to review topics of mutual interest, including economic and defense cooperation, counterterrorism, and key areas of shared regional and global interes.”

“If the U.S. and Turkey were old friends engaged in a dispute, this would be the moment they unblocked each other’s number,” joked Soner Cagaptay, a fellow at the Washington Institute for Near East Policy and the author of  “A Sultan in Autumn.” Diplomatic sources maintain that the aim is to focus on positive areas of cooperation, rather than dwell on the chronic problems that have dogged the relations.

“The launch of the mechanism is certainly the prelude to a more constructive era in the relationship,” Sinan Ulgen, a former diplomat and visiting fellow of Carnegie Europe, told Al-Monitor.  “It will not be a cure-all to all the tough spots in the relations - from the US policy on Syria to Turkey’s acquisition of Russia’s S-400 missile defense system - but neither should it be dismissed as window dressing. The mechanism provides a comprehensive platform, with consultations at different levels, to deepen cooperation on issues such as trade or regional hotspots.”

The process was accelerated by the Russian invasion of Ukraine, Ulgen said. Wendy Sherman, US Deputy Secretary of State, came to Ankara ten days later and underscored the importance of the strategic mechanism.

Ankara sources say that the reconciliation efforts have intensified with the arrival of new US Ambassador Jeff Flake, a moderate Republican senator who went against his party to endorse Biden’s presidency and a former member of the Senate Foreign Relations, Energy and Natural Resources committees. “He knows how Washington works, and he is eager to use his knowledge, ties, and time here to improve and deepen Turkey’s relations with Washington,” said one diplomatic source in Ankara.

The open line between Onal and Nuland is essential, but it still falls short of the regular contact with US President Joe Biden that Erdogan craves, Cagaptay told Al-Monitor. “The Ukrainian war is a blessing and a curse for Erdogan," he said. "It has acted as a catalyst that has pushed Turkey out of isolation with NATO and its Western allies. But it is also a curse because if the war goes on, it comes with political and economic costs, particularly if Ankara were forced to take steps that would antagonize Russia."

US Department of Commerce undersecretary Marisa Lago visits Ankara on April 5-6 to advance the mechanism’s economic and trade cooperation goals. Given the economic situation in Turkey, Erdogan needs a narrative of good relations with Washington to woo foreign investment, Cagaptay said. “So it would be good for him to be on regular calls with Biden, but Biden has neither the bandwidth nor the inclination at this stage.”

While Nuland said in an interview with Hurriyet Daily News’ Serkan Demirtas that the new mechanism would allow meetings at the ministerial or even presidential level, no Turkish pundit would yet like to bet on a face-to-face meeting between Erdogan and Biden, particularly after such a meeting failed to materialize at the fringes of the NATO summit in Brussels last month, despite Turkish side’s hints.

Such a meeting "is unlikely to happen as long as the S-400 issue remains unsolved,” opined Cagaptay. After Turkey bought the S-400s from Russia, the United States expelled Turkey from the F-35 joint strike fighter program. Turkey’s request to upgrade its existing F-16 fleet and buy new F-16s has been snagged by Congress.

“There is the possibility of progress on the F-16 issue - at least from the administration if not from the Congress,” said Ulgen. In a letter dated March 17, the State Department said the potential sale of F-16 fighter jets to Turkey would be in line with US national security interests and would also serve NATO’s long-term unity, Reuters reported.

But Ulgen cautioned that it would be more difficult for both Ankara and Washington to come to terms on S-400 missiles. “Their current positions seem starkly apart,” Ulgen told Al-Monitor. “Both sides will need to show flexibility there.”

In March, Sherman suggested that Turkey send its S-400 missiles to Ukraine, with whom Ankara has a military cooperation accord. Turkey flatly refused.