Hasbulla Magomedov has been spending considerable time in the Gulf recently, taking time from his rivalry with UAE-based singer Abdu Rozik to visit Mecca. 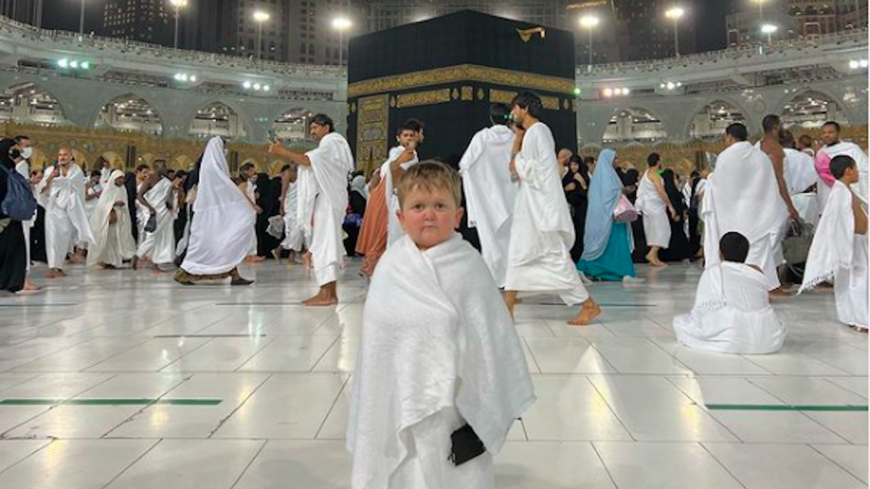 Russian internet celebrity Hasbulla Magomedov recently made a pilgrimage to the Muslim holy city of Mecca in Saudi Arabia.

On April 23, Hasbulla posted a picture of himself on Instagram in front of the Kaaba, which is the holiest site in Islam. He was performing the umrah pilgrimage, which is a journey to the holy city of Mecca performed at any time of the year. The better-known hajj pilgrimage must occur on certain dates of the Islamic calendar.

Who is Hasbulla? Hasbulla, who goes by his first name, is from the autonomous Russian republic of Dagestan. The 19-year-old has the appearance of a small boy, which many believe is the result of dwarfism. Like most Dagestanis, Hasbulla is Muslim and aspires to become an Islamic scholar.

Hasbulla is famous for his comedic mixed martial arts (MMA) videos on TikTok. A video of him throwing punches at American boxer Adam Saleh received more than 35 million views. He is also known for his friendship with Dagestani MMA superstar Khabib Nurmagomedov.

Gulf connections: Earlier this month, Hasbulla gave his first English-language media interview with the US sports news site Barstool Sports in Dubai. In the interview, Hasbulla said he aspires to one day be interior minister of Dagestan and acknowledged his recent travel to the UAE.

In October of last year, Hasbulla got into a fight with Tajikistani singer Abdu Rozik at an MMA event in Abu Dhabi. Rozik, who lives in the UAE, is also affected by dwarfism. The long-awaited MMA matchup between the two has been criticized by some dwarf advocacy groups.

Khabib, Hasbulla and other Russian-speaking members of the MMA community are widely known in the Middle East.