After unsuccessful attempts at mediation between Russia and Ukraine, Jerusalem tilts toward Kyiv. 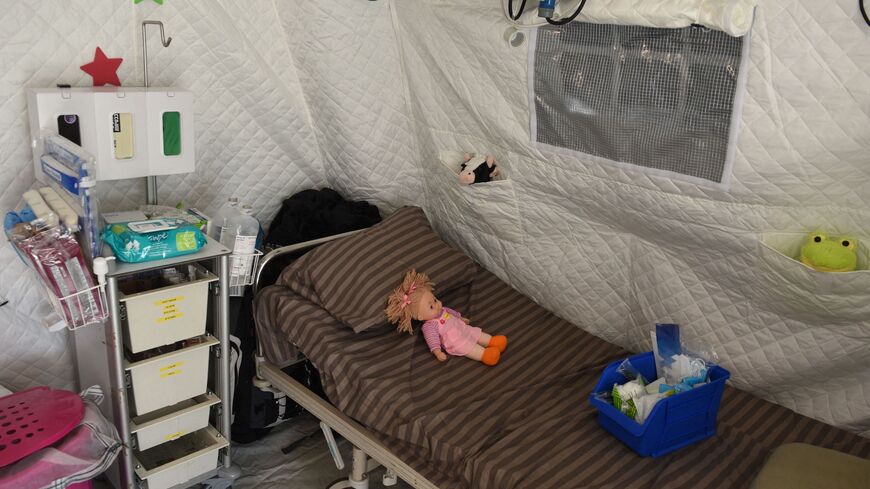 The office of Defense Minister Benny Gantz issued a statement April 20 saying he had spoken on the phone with his Ukrainian counterpart, Oleksiy Reznikov, informing him that "in light of the request of the Ukrainian Ministry of Defense, he (Gantz) approved the purchase of protective equipment of helmets and vests, which will be transferred to the Ukrainian rescue forces and civilian organizations." The statement added that the equipment is already in the process of being purchased. "This is part of Israel's extensive humanitarian efforts, including the establishment of a field hospital, the absorption of immigrants and refugees, the provision of food and humanitarian and medical assistance, and more."

Interestingly, the statement also said the two ministers discussed world efforts, and Israeli efforts led by Prime Minister Naftali Bennett, to bring an end to the war, emphasizing that Israel stands beside the Ukrainian citizens.

Ukrainian officials have repeatedly asked Israel for helmets, flak jackets and other defensive equipment, requests that Israel has constantly refused so as not to anger Russia. Israel values its ties with Russia, especially on the backdrop of the Russian military presence in Syria and the Vienna talks with Iran for a possible new nuclear deal.

Ukrainian Ambassador to Israel Yevgen Korniychuk expressed March 7 his frustration over the Israeli position. Speaking with the press, the ambassador put a helmet on his head and rhetorically asked how such defensive equipment could be considered lethal. “Please tell me, how can you kill with this [helmet]? Impossible. So I don’t know what these people are afraid of. Giving [a device for] personal safety to Ukrainians … that’s the simplest thing they can do.”

Signaling it was standing by the Ukrainian people despite this refusal, Israel has made a point of offering considerable humanitarian assistance to Kyiv, including a field hospital. Health Minister Nitzan Horowitz visited the hospital April 3, and Director-General of the Health Ministry Nachman Ash visited the venue April 20. Dozens of Israeli medical staff, including representatives from various Israeli hospitals and HMOs (Israeli health funds), are manning the facility. Every two weeks, the medical team there is replaced by new staff from Israel.

Asked yesterday if Israel would be willing to host talks between Russian President Vladimir Putin and Ukrainian President Volodymyr Zelenskyy, Israel’s Ambassador to Russia Alexander Ben Zvi said yes. Ben Zvi told Moscow’s state-affiliated agency TASS that it would be “a great honor” for Israel if the two presidents meet in Jerusalem, noting, however, that it was up to them to agree to such a meeting. “What was done in Turkey can also be done in our country,” he said.

As a reminder, Bennett flew March 5 to Moscow to meet with Putin. He was the first Western leader to sit down with the Russian leader since the Feb. 24 invasion of Ukraine. After their meeting in person, Bennett spoke with Putin and Zelenskyy several times on the phone, as well as with the leaders of France, Germany and Great Britain. Still, with the outbreak of the wave of terror, Bennett took a step back from his diplomatic blitz, shifting all his attention to the security escalation and the recent coalition crisis.