Other faiths invite Dubai Muslims to break fast together during Ramadan

During the month of Ramadan in the UAE, a number of foreign residents and followers of different religions are gathering to break their fast together. 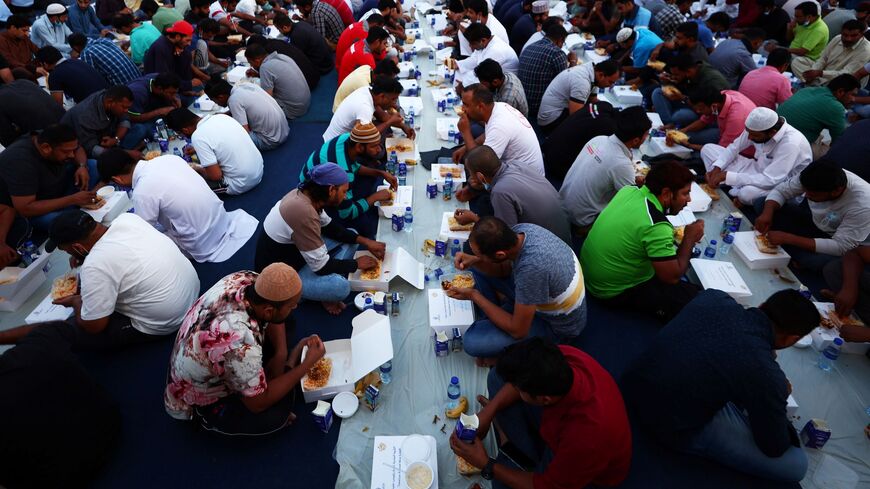 For two years, the Muslim holy month of Ramadan in the United Arab Emirates (UAE) had not been the same amid the coronavirus pandemic. This year, however, things seem to be back to normal, with respect for public safety rules.

Restaurants are once again swarming with customers during fast breaking time or iftar, and during special Ramadan evenings.

However, humanitarian and collective initiatives have been launched in a country in which foreign residents outnumber citizens.

In addition to the government iftar tents across the seven emirates that distribute meals for free, other humanitarian initiatives are being carried out by foreign and non-Muslim communities.

Guru Nanak Darbar, the Indian Sikh temple in the Jebel Ali Village, in the south of Dubai, has been providing daily meals to low-income Muslims of all nationalities since Ramadan began. Those who wish can share food with members of the Sikh community.

This religious sanctuary is located within an area known as the Churches Complex, which includes several Christian churches.

In an interview with Al-Monitor, the head of the Guru Nanak Darbar Temple, Ragidi Babuhai Patel, said, “The Indian community is the largest in the UAE, numbering more than 3 million individuals from different confessions, whether Islamic, Christian, Hindu or Sikh.”

There are about 50,000 Sikhs in Dubai, he said, "but I do not have numbers in the rest of the emirates.” The temple was built in 2012,  but two older temples are located in Bur Dubai.

The idea of providing daily meals for Muslims and members of any other faith during Ramadan began in 2018, he said. Most of their Muslim visitors are Indian, followed by Pakistanis and Bangladeshis, and "People of other nationalities and faiths visit the temple occasionally. They sit with us during iftar.”

Prior to the COVID-19 pandemic, the space could accommodate some 60 people. Today, however, with public safety measures, a maximum of 30 to 40 people are allowed in.

“Our meals do not contain any kind of meat or its derivatives, because our faith does not allow it,” Patel explained. "The idea is to break bread out with our brothers in life, especially the low-wage workers, out of humanity, peace, and fraternity."

Common dishes include channa masala, which are small pancakes stuffed with potatoes, curry, and onions. Palak paneer is made of spinach and chunks of paneer, which is Indian style farmer’s cheese. Other dishes are also served in addition to fruits, Indian sweets, and Karak tea.

In the center of al-Ghubaiba area in Bur Dubai, in the heart of the commercial markets in the emirate, lies the Shiva and Krishna Temple, which was built in 1958 at the behest of Sheikh Rashid bin Saeed al Maktoum.

Some 700 meters away lies the Shirdi Sai Baba Temple, with two floors: the first for the Hindu and the second for the Sikh. It was built in 1983 as a tribute from the then-ruler of Dubai to the people of Indian who contributed to building the country, according to Kutty Moyangadan, the temple’s supervisor.

“The Hindus outnumber the Sikhs and make up 10% of the UAE residents,” Moyangadan told Al-Monitor.

“The temple does not offer iftar meals during Ramadan, but serves food to anyone of any faith who enters during the prayer times that are held daily, usually from 6 p.m. to 9 p.m.,” said Moyangadan, who is Hindu. Dishes consist of rice and vegetables, as well as fruits and beverages.

“This diverse gathering of people and breaking food together is very enjoyable and promotes the message of peace and love in this country. We hope this idea will spread to the whole world,” he added.

Other religions in the country often share with Muslims their customs during the month of fasting. Non-Muslims often wish to experience Ramadan rituals with Muslim residents.

The Ismailia sect, a branch of Islam that has a set of special and different beliefs, is located in the Oud Metha area, east of Bur Dubai. It feeds the poor of any faith by distributing ration boxes containing a meal, a bottle of water and a juice.

Osama al-Zeer, the center’s administrative official, told Al-Monitor, “The center does not open its doors every day of the week, so we cannot commit to providing meals at sunset on a daily basis. We are satisfied with providing ration boxes four times a week to anyone, and we do not ask about their religions. We are doing good regardless of beliefs and sects.”

According to the Federal Competitiveness and Statistics Center (government center affiliated with the Emirati Ministry of Cabinet Affairs), the UAE is home to some 500,000 citizens and 8 million expats of more than 200 nationalities and dozens of sects.