Europe’s race to reduce its energy dependence on Russia has put the spotlight on Algeria, Egypt and Libya, but their capacity to boost exports in the short term is limited and any significant increase would require large investments and stability. 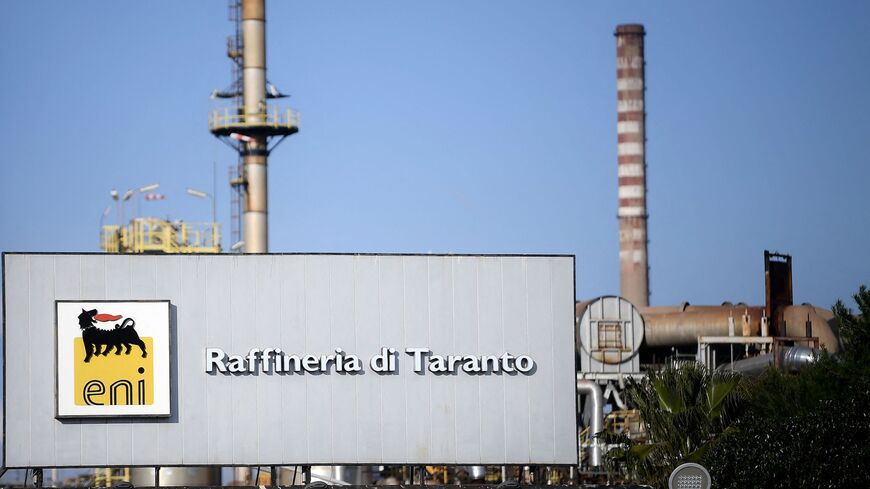 As Europe takes action to reduce imports of Russian gas following the invasion of Ukraine, the search is on for alternative suppliers. North Africa is one of the most promising regions of interest.

The region is ostensibly well positioned to take on at least part of the task. In addition to its geographic proximity, it offers close commercial ties with Europe, gas pipelines already in place, significant gas reserves and existing infrastructure such as gas liquefaction plants and export terminals.

Recognizing this opportunity, Italy’s Eni has moved quickly to capitalize on North Africa’s untapped potential. Counting on its longstanding presence in the region, Eni has signed recent deals with both Algeria and Egypt to maximize production and increase exports.

“Eni is quite well placed, I would say even perhaps uniquely placed in its portfolio, simply because of its large presence in Algeria, its large presence in Egypt, where it’s the largest oil and gas producer, and it also has both gas pipeline options from Algeria and LNG options from Egypt,” Noah Brenner, executive editor at Energy Intelligence, told Al-Monitor. “There is no other company within the region that has the variety of opportunities that [Eni] has to bring gas directly to Italy and Europe.”

Brenner, who also focuses on Eni’s corporate strategy, went on, “And the other thing that’s interesting about Eni is that we have seen a greater level of coordination with the government and a greater willingness on the part of Eni to really say, ‘We are really going to go out and secure gas for Europe.’” He noted, “What will be interesting to see is [whether Eni] can translate the opportunities it has to bring gas to Europe into actual volumes.”

Despite the momentum created by Eni’s deals, most experts in the gas sector agree that in the short term it will be difficult for North Africa to substantially increase its gas supply to Europe for at least two reasons. The region’s export volume to the bloc in 2021, just over 55 billion cubic meters, was already the highest in recent years, and there is currently no significant spare capacity. And rising domestic consumption continues to limit North Africa's capacity to increase exports, as do continued political instability and lack of investment.

During the first quarter of 2022, gas exports from North Africa to Europe actually fell by 5% year-on-year, maintaining a downward trend that has seen production in the region — excluding Egypt — fall by 50% in the last five years, mainly due to the war in Libya and the lack of investment in Algeria. Experts say that any remarkable increase in production and exports from the region will require significant investment and stability.

“Eni is probably North Africa’s number-one foreign [gas] producer, and that includes Egypt, Libya, Tunisia and Algeria. From that perspective, it is well placed to try to get more output out of these countries,” said Aydin Calik, North Africa editor at MEES, a weekly newsletter for the energy industry. He told Al-Monitor, “The problem is that it will take a long time. Projects usually take years to really develop and at the moment there aren’t that many on the horizon that would add significant export volumes to end up in Europe.”

The region’s first logical producer to turn to has been Algeria. The country is the largest gas exporter in Africa. Hitting 55.2 bcm in 2021, it was responsible last year for about 13% of the European Union's gas imports, and Eni is its main foreign operator. The Italian giant signed an agreement with Algeria’s state-firm Sonatrach April 11 to increase the volume of gas imported via the TransMed pipeline connecting the two countries through Tunisia. The deal, of which few details are known, aims to exploit TransMed’s spare capacity of an estimated 8 bcm, to provide increasing volumes of gas to Italy in 2022, and up to 9 bcm per year in 2023-24.

However, it is so far unclear whether the agreement will actually lead to significantly higher Algerian gas exports to Italy. “There will probably be an increase, but by how much, I don’t know. If you add 9 bcm to the 21 [bcm exported to Italy] last year, and you add what Algeria exported to Tunisia, you reach a number that is above the TransMed pipeline capacity,” Calik said. “[The deal’s] effects will probably mean that there will be a raise in Algerian exports to Italy, but whether it will be by 9 bcm in total, I doubt it.” Italy imports some 30 bcm per year of gas from Russia, about 40% of the total.

Algeria’s limitations are mainly due to the fact that the country was already exporting to Europe at very high levels last year, which, added to a growing domestic demand, leaves little room to increase supply. Experts have warned that Algeria’s capacity to significantly increase its gas exports to Europe in the short term is doubtful, noting that any meaningful rise would depend on new discoveries and investment in infrastructure.

“Algeria’s production last year hit a record all-time high, and exports were at an 11-year high. Most of Algeria’s gas exports are already going to Europe. So there is not that much extra capacity,” Calik noted. “What you could see happening is that Algeria will send more gas to particular countries in Europe, for example Italy. But that would probably have to come at the expense of less exports to other countries in Europe.”

Egypt is another country in the region well positioned to help diversify gas supplies to Europe, and it is also targeted by Eni. The Italian firm is already the leading gas producer in the country with an equity hydrocarbon production of around 360,000 barrels of oil equivalent per day, and it has also contributed to boosting LNG production at the Damietta plant, which has a capacity of over 7.5 bcm per year and is one of Egypt’s two LNG facilities. On April 13, Eni and the state-owned Egyptian Natural Gas Holding Company signed a framework agreement aimed at maximizing gas production, identifying new opportunities to increase gas output in the short term and providing LNG exports to Italy and Europe, the Egyptian Cabinet said in a statement.

The deal, together with one signed last year for the restart of the Damietta liquefaction plant after an eight-year hiatus, will also provide LNG cargoes for overall volumes of up to 3 bcm in 2022 for Eni LNG portfolio bound to Europe and Italy, Eni said in a statement. One day after the signing of the deal, Eni announced new oil and gas discoveries in the Meleiha concessions, in Egypt’s Western Desert. Eni stated that the new discoveries, which have already been connected and tied into production, account for the equivalent of approximately 8,500 barrels per day of oil. But the company did not clarify what proportion corresponds to gas.

Despite this news, Egypt’s capacity to significantly and sustainably increase gas supply to Europe under current conditions is also doubtful. Last year, Egypt’s Oil Minister Tarek El Molla said that the country’s LNG facilities, on which its greatest export hopes are pinned, were already running at maximum capacity. And high domestic consumption and rapidly dwindling reserves in gas fields coupled with intermittent outages are also limiting Egypt’s ability to increase exports. Experts in the gas sector note that Cairo’s options for boosting its own gas supply to Europe largely depends on increasing gas imports from Israel and then exporting it using its own infrastructure, including LNG plants, and diverting to Europe a part of the shipments that currently go to Asia.

The third country with the greatest potential to diversify gas supplies to Europe is Libya, which already supplies significant volumes of gas to Italy through the GreenStream pipeline, which last year recorded the lowest exports in the last decade with 3.2 bcm. In early April Roberto Cingolani, Italy's ecological transition minister, said his country expects to get an extra 10 bcm of gas from pipelines to Algeria, Libya and Azerbaijan this year and the number should reach more than 20 bcm in the next. The Italian ambassador to Libya, Giuseppe Buccino, recently said that Libya could increase its gas production by 30% with an investment of $1 billion.

However, the bid to significantly and sustainably increase gas imports from Libya also appears far-fetched. Despite its reserves and potential, the continued political instability in the country remains a major obstacle. And last year rising domestic demand and natural decline in gas fields caused Libya’s exports to hit their lowest in a decade, MEES reported.

“Eni is the biggest company working in Libya and has many gas projects,” said Mahmud Mohammed, a Libyan engineer focusing on energy, “so Eni can play a huge part in increasing gas supply from Libya.” He added to Al-Monitor, “But investments need stability and budget and unfortunately, nowadays [the National Oil Corporation] suffers a lot due to lack of budget and money resources, so it will be very hard, or maybe impossible, to increase gas production in Libya these years under these circumstances.”

Ross Cassidy, the vice president of MENA research at Welligence Energy Analytics, also believes that while North Africa can help diversify gas supplies to Europe, replacing Russia is going to require additional efforts. “At the moment North Africa produces somewhere in the region of 15% of European gas. Russia is about 40%. So North Africa can certainly help, but it can’t go all the way,” he told Al-Monitor. “I think it’s going to be a critical region, but Europe is also going to have to look further afield,” he concluded.