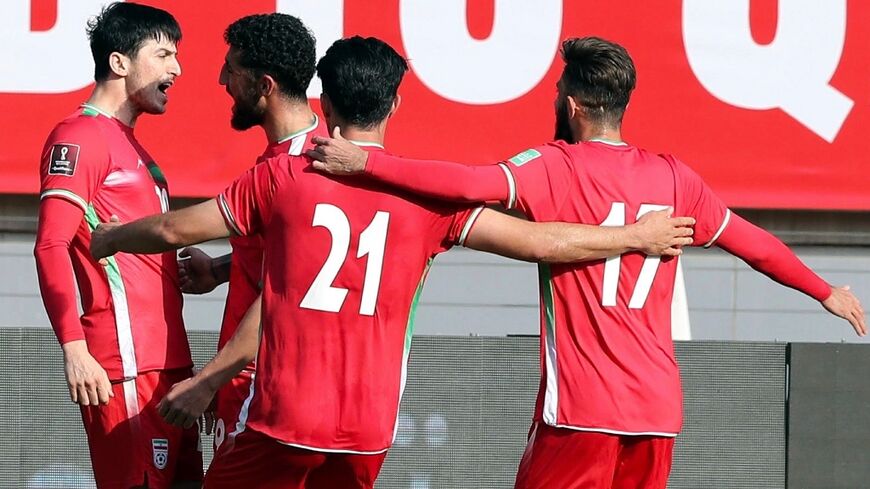 Iranian news agencies reported that 2,000 women who had bought tickets for the World Cup qualifier against Lebanon in Mashhad were barred from the stadium - FARSHAD ABBASI
by Stuart WILLIAMS
April 1, 2022 — Paris (AFP)

FIFA on Friday faced calls to sanction Iran and even throw its team out of the 2022 World Cup finals over the Islamic republic's renewed failure to allow women to attend an international football match.

Iranian news agencies this week confirmed that 2,000 women who had bought tickets for Tuesday's World Cup qualifier against Lebanon in the northeastern city of Mashhad could not enter the stadium.

Activists based outside Iran accused the authorities of using pepper spray at close range to disperse women who then protested the ban outside the venue.

The United for Navid group of exiled Iranian athletes and activists, set up after the execution of wrestling champion Navid Afkari in September 2020, said Iran should be suspended from international football until it changes its stance.

"We formally request that FIFA immediately suspend Iran and prohibit its participation in the World Cup 2022 as long as the Football Federation of Iran continues to violate the Olympic Charter and FIFA regulations," it said in a letter to FIFA's deputy secretary general Mattias Grafstrom.

In the letter, a copy of which was obtained by AFP Friday, it said that Iran had pledged to FIFA that it would end its policy of "gender apartheid" by allowing women to attend matches.

"But not only has Iran broken that promise by continuing to bar women from entering a stadium but women are beaten, abused and threatened," it added.

"Given the Iranian authorities' longstanding violations, FIFA needs to follow its own global guidelines on nondiscrimination and should consider enforcing penalties for Iran's noncompliance," Tara Sepehri Far, HRW's senior Iran researcher, said in a statement.

The New York-based NGO said that under FIFA's statutes discrimination on the basis of gender is "strictly prohibited and punishable by suspension or expulsion".

"It is long overdue for FIFA to demonstrate that it is serious in enforcing transparent accountability measures," said Sepehri Far.

There was considerable criticism from within Iran over the lockout, including from Iran's team captain Alireza Jahanbakhsh, and Mashhad's governor apologised.

President Ebrahim Raisi on Wednesday instructed the interior ministry to look into the incident.

In January, women were allowed to attend an international for the first time in almost three years, for a World Cup qualifier against Iraq that also saw the Team Melli win its place for the finals in Qatar, the draw for which was taking place on Friday.

A FIFA spokesperson told AFP on Wednesday that it had learned with "concern" of the reports of women being barred after "historic progress" exemplified by the January 2021 match.

"FIFA expects this to continue, as there can be no turning back."

Pressure on Iran to act had increased since the death in 2019 of female fan Sahar Khodayari -- known as the "blue girl" after the colours of her favourite Tehran team Esteghlal -- who set herself on fire in fear of being jailed after trying to attend a match in disguise.

Navid Afkari, a 27-year-old wrestler who had won national competitions, was hanged in September 2020 in the southern city of Shiraz after being convicted of committing murder during protests that rocked the city two years before.

He had complained of being tortured into confessing, with methods that included beating and having alcohol squirted up his nose.