Linda Sarsour’s harsh criticisms of Israel have been deemed anti-Semitic by numerous Jewish organizations in the United States, though she denies holding hateful views and has significant support among some progressives. 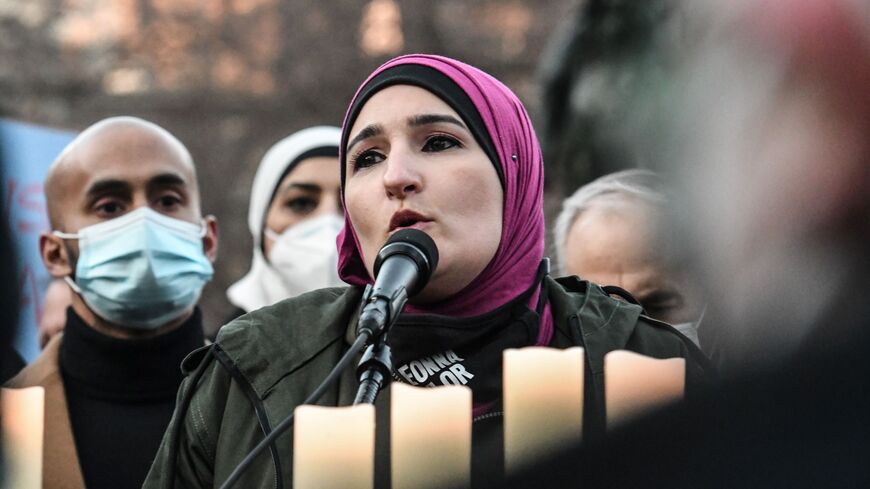 The American insurance giant Geico sent out an email on April 5 inviting employees to a discussion with American activist Linda Sarsour, who is known for her support of the Palestinian cause. The invitation was part of Geico’s “diversity and inclusion” efforts and aimed to celebrate Middle East and North African heritage month in April.

Today, Geico rescinded Sarsour’s invitation along with an apology.

“Geico does not condone hatred of any kind, and we do not stand for or with anyone who does,” read the statement. “We are not aligned with any form of exclusion.”

The reversal relates to Sarsour’s controversial status in the debate over the Israeli-Palestinian conflict in the United States.

Sarsour is from New York City — which has seen protests and violence over the conflict — and is of Palestinian descent. She is known for her commentary on the Palestinian issue and criticism of the state of Israel. She supports the Boycott, Divestment, Sanctions (BDS) movement, which targets Israel with a variety of economic and cultural boycotts.

Critics of the BDS movement say it unfairly targets Jewish Israelis. Some affiliates of the movement have gone so far as to refuse to appear in public with Jewish Israelis. BDS supporters, however, argue it is a nonviolent form of resistance to Israeli oppression of Palestinians.

US Jewish groups often label Sarsour’s personal criticisms of Israel as anti-Semitic. In 2019, she said Israel was “built on the idea that Jews are supreme to everyone else.” Progressive and Democratic pro-Israel groups condemned the comment, saying Israel was created to fulfill self-determination of the Jewish people. In 2018, she accused critics of Democratic Rep. Ilhan Omar of Minnesota, a prominent pro-Palestine voice in Congress, of demonstrating “allegiance to Israel.” Many Jewish Americans consider accusations of dual loyalty an anti-Semitic trope.

Sarsour is involved in US domestic politics as well. She was a leader of the Women’s March, though she resigned from its board in 2019 amid anti-Semitism allegations. Some leaders of the movement are affiliated with the Nation of Islam, which is widely condemned for its rhetoric against Jews, white people, LGBT people and others. In 2020, Sarsour briefly spoke about party unity at the Democratic National Convention, though the Biden campaign distanced itself from her.

The activist has addressed some of these criticisms, and she denies harboring any hatred towards Jews. In 2018, she apologized on behalf of the Women’s March for not condemning anti-Semitism within its ranks.

Geico is not the first company to come under fire for an association with Sarsour. Last year, Amazon and Google received criticism for sponsoring an event with her.

Sarsour has not commented on the Geico incident.