As Turkey scrambles in response to events in Ukraine, anti-NATO sentiment is spreading in large segments of Turkish society. 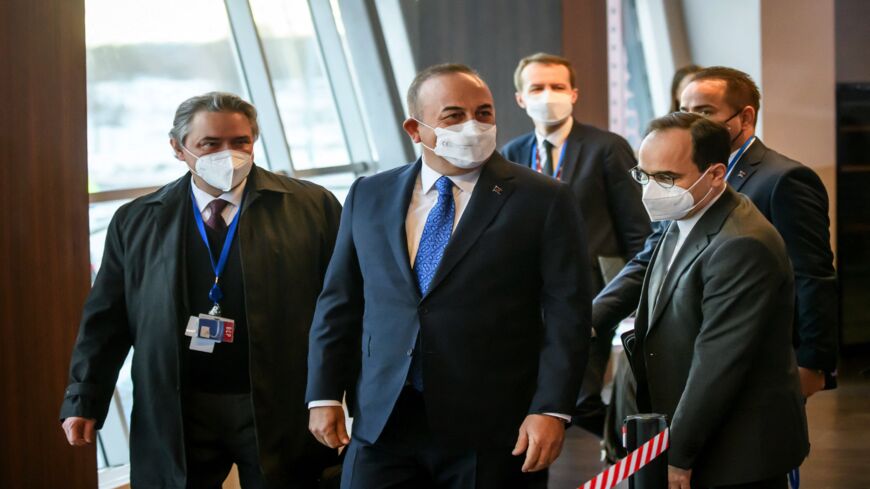 As the world’s attention is focused on the Russian invasion of Ukraine and how to isolate Russia financially, politically and diplomatically, Turkey has taken a unique balancing path. Ankara has been the only NATO member that hasn’t joined any sanctions on Russia.

Public opinion also seems to support President Recep Tayyip Erdogan’s policy on the conflict. Indeed, perceptions of NATO in Turkey are rather negative, even at a time when countries like Finland and Sweden are considering joining the organization.

In January 2022, Metropoll polling agency released an interesting finding. When asked the question, "In its foreign policy, should Turkey give priority to Russia and China or to the US and the EU?” 39.4% opted for the Russia and China options, while 37.5% said the EU and the US. And recent statements by various figures seem to indicate sentiments are not changing.

For example, a Turkish businessman known for his outspoken love for Erdogan traveled to Moscow last week, where he described NATO as a “cancer.”

Speaking to Russian media, Ethem Sancak, who is a former member of Erdogan's ruling party, also accused NATO of supporting coups against the various Turkish governments, including the 2016 coup attempt against Erdogan’s government.

Sancak also claimed that Turkey “did not know” that the combat drones supplied to Ukraine by Turkey “would be used like this" against Russia.

So far, there has been no comment on Sancak’s remarks from ruling party officials in Turkey.

Yet anti-NATO sentiment is prevailing in large segments of Turkish society from both sides of the political spectrum.

Erkan Bas, the leader of the leftist Turkey Workers Party (TIP), also described the alliance as a terrorist organization while he was calling for peace in Ukraine. The sentiment has been growing steadily in the last decade.

Indeed, at a time when foreign policy experts question whether Erdogan’s “both Russia and Ukraine are our friends” policy is sustainable, there are divisions within the ruling party bigwigs as well.

While Erdogan’s son-in-law’s family, the manufacturer of the Bayraktar drones supplied to Ukraine, openly supports Ukraine and stands up against the invasion, Erdogan’s ultranationalist allies rally for Russia.

Not much support for NATO comes from Islamists, ultranationalists or leftists. Rather, anyone who might dare to make a positive comment about NATO could be placed under the label “pro-American” or a “foreign agent.”

Indeed, 2019 PEW research reveals that the Turkish public has the lowest favorable ratings of NATO among member states, with only 21% of those polled stating a positive view of the alliance. In the same year, non-NATO member countries such as Ukraine and Sweden held 53% and 63% favorable ratings of the organization, respectively.

There is only one non-NATO country, Russia, where the public holds a less favorable rating of NATO than Turkey, with 16%.

The Turkish public’s low-level approval of NATO has been consistently the lowest among member countries since 2011, according to PEW, ranging between 15% to 25%. PEW’s findings confirm left and right uniting in their disdain of NATO.

What are the causes of this unfavorability of the organization?

Political scientist Burak Ozpek told Al-Monitor one of the potent reasons is the lack of credible information about NATO in the news.

“Populist politicians and even academics appear on TV making rather childish and slogan-styled comments about international relations. Media is overrun by these appearances. We do not hear the facts. We do not hear NATO is a security alliance. We do not hear Turkey is a long-time member. We do not hear the benefits of being a NATO member. In the last couple of years, anti-American rhetoric is on the rise in Turkish politics and authoritarian tendencies find support in Russia,” Ozpek told Al-Monitor. “All the marginal voices about NATO and conspiracy theories have become mainstream. Hence, now the invasion of Ukraine is not perceived as a smaller state being attacked by a stronger one, but rather a battle between NATO and Russia.”

Indeed, Russia’s war on Ukraine revealed the unease the Turkish government and public has with the rest of the world and confusion about where the country belongs.

Particularly after the 2016 coup attempt, Erdogan’s government dialed up the age-old rhetoric that Turkey has always been a victim of the imperial West and challenging Western norms is a sign of independence. Erdogan's Justice and Development Party has run an expensive campaign to restructure the UN Security Council with the slogan “The world is bigger than five" while unsuccessfully trying to find alternatives to his country’s failed EU membership.

Turkey’s balancing act is indeed visible in various aspects of its foreign policy. It cannot be sustained for much longer without incurring serious costs, so we should expect to see another U-turn in Turkish foreign policy direction soon.