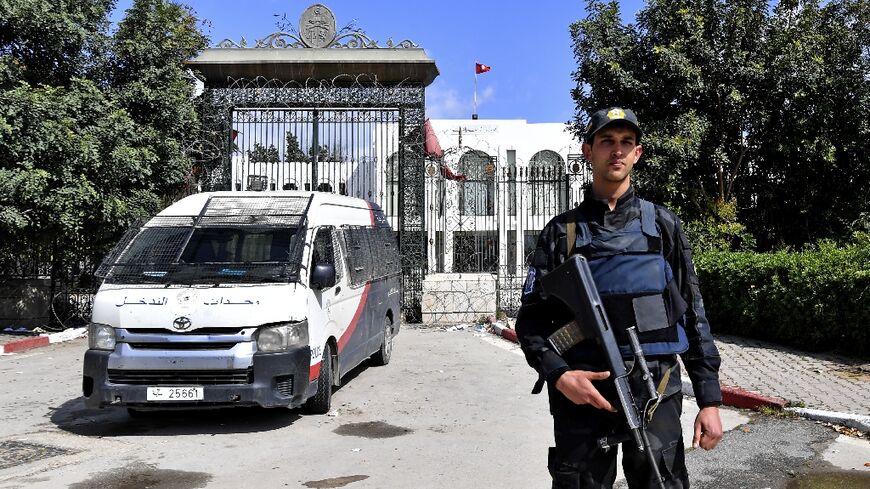 The speaker of Tunisia's parliament on Thursday rejected President Kais Saied's dissolution of the assembly the previous day, which deepened an eight-month power grab.

"We consider that the parliament remains operational," Rached Ghannouchi told AFP in an interview.

"The president does not have the constitutional right to dissolve parliament."

Saied had dissolved the chamber on Wednesday, dealing another blow to the political system in place since the North African country's 2011 revolt which sparked the Arab Spring.

It came eight months after he sacked the government, froze parliament and seized sweeping powers, later moving to rule by decree in moves opponents have dubbed a "coup".

The president's announcement on Wednesday evening came hours after parliamentarians held a plenary session online -- their first since Saied's power grab -- and voted through a bill against his "exceptional measures".

Addressing his National Security Council, Saied said MPs who had taken part had "betrayed" Tunisia and would be prosecuted.

Ghannouchi, who heads the Islamist-inspired Ennahdha party that has dominated Tunisia's post-revolution politics, said Saied's latest decision was "null and void because it contradicts the constitution".

"It's a continuation of the decisions he took on July 25, which we reject and consider a coup," he said.

Ghannouchi said Thursday that at least 30 parliamentarians had been summoned for questioning by anti-terrorism police.

"This is dangerous. Elected MPs being treated like they’re terrorists," he said.

He insisted that Wednesday's session was legal under the section of the 2014 constitution that Saied cited to justify his power grab.

"These are elected deputies carrying out their legislative duties," he added. 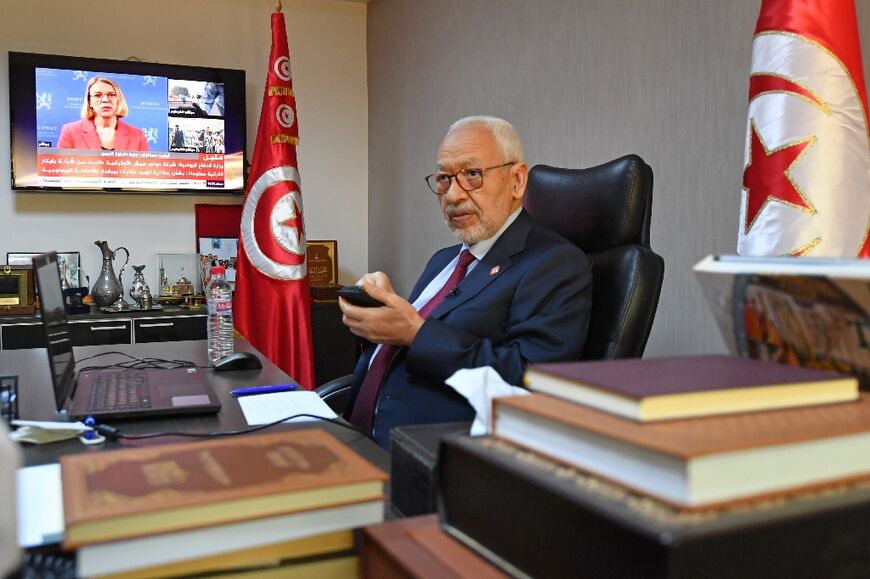 Many blame Ghannouchi's party Ennahdha for the political stalemate and economic problems Tunisia has faced over the past decade.

But Saied's moves have prompted accusations that he is moving the country back towards autocracy.

Rights groups have pointed to forceful repression of opposition protests, trials of civilians in military courts and arrests of journalists as signs that the country is returning to authoritarianism.

Saied, a former law professor elected in 2019 amid public anger against the political class, has given himself powers to rule and legislate by decree, as well as seizing control over the judiciary.

The parliament building in Tunis has remained closed off and guarded by security forces for the past eight months.

Saied has laid out a roadmap for drafting a new constitution to be put up for referendum in July, followed by elections at the end of the year.

But analysts have warned his popularity may be tested as the country's economic crisis intensifies, particularly given surging oil and wheat prices following Russia's invasion of Ukraine.

Ghannouchi said Saied had "gathered all powers in his hands".

"That means destroying a basic principle in a modern state, that of the separation of powers," he said.