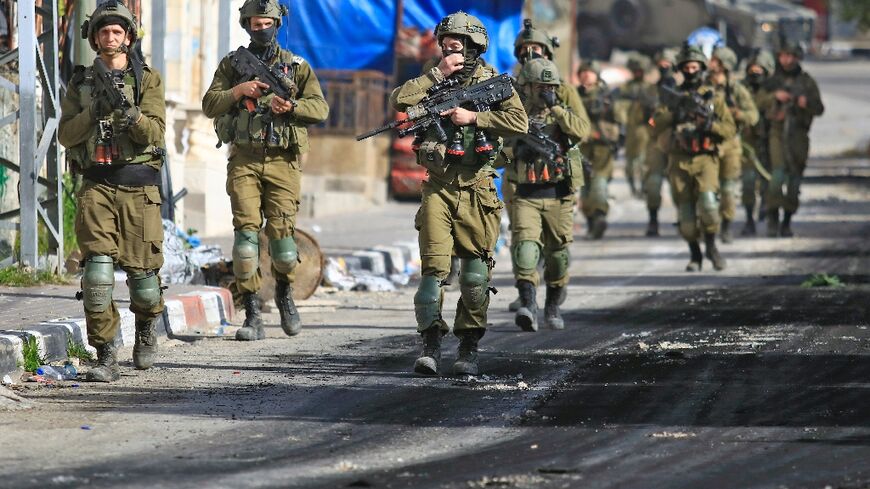 Israeli security forces on Thursday raided a West Bank city after three fatal attacks rocked the Jewish state in over a week, with two Palestinians shot dead and a third killed after launching a stabbing attack on a bus.

The violence comes after a Palestinian armed with an M-16 assault rifle killed five Israeli civilians in the streets of Bnei Brak, an Orthodox Jewish city near Tel Aviv, on Tuesday night.

That shooting took to 11 the number of people slain in attacks carried out since March 22 by Israeli Arabs and Palestinians, including two killings linked to the Islamic State group.

The latest bloodshed erupted in the West Bank city of Jenin on Thursday morning when Israeli soldiers mounting an operation to arrest suspects linked to the Bnei Brak attack returned fire after being shot at, the army said.

"During the activity, Palestinian gunmen opened fire at the troops (who) responded with fire," the army said, adding one soldier was hospitalised. 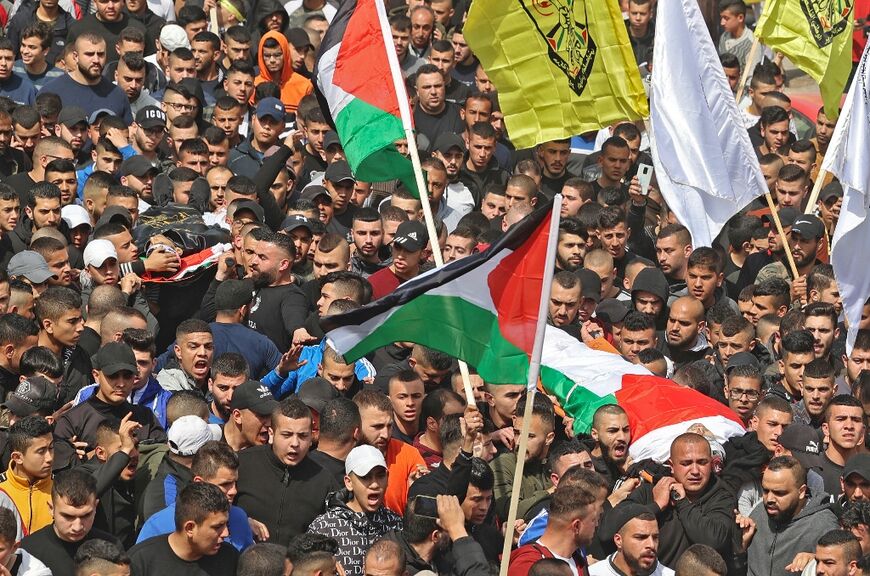 The Palestinian health ministry said "the Israeli occupation forces" killed two Palestinians, males aged 17 and 23, in Jenin, and that another 15 were wounded.

The Israeli army later confirmed to AFP that security forces had "carried out an operation" in Jenin to apprehend suspects linked to the Bnei Brak attack.

Afterwards, a Palestinian stabbed an Israeli civilian on a bus south of the West Bank city of Bethlehem, the army said, before "a civilian on the bus shot the terrorist dead". Police said later that he used a screwdriver.

Shaare Zedek hospital in Jerusalem said it treated a man aged about 30 for stab wounds to his torso. 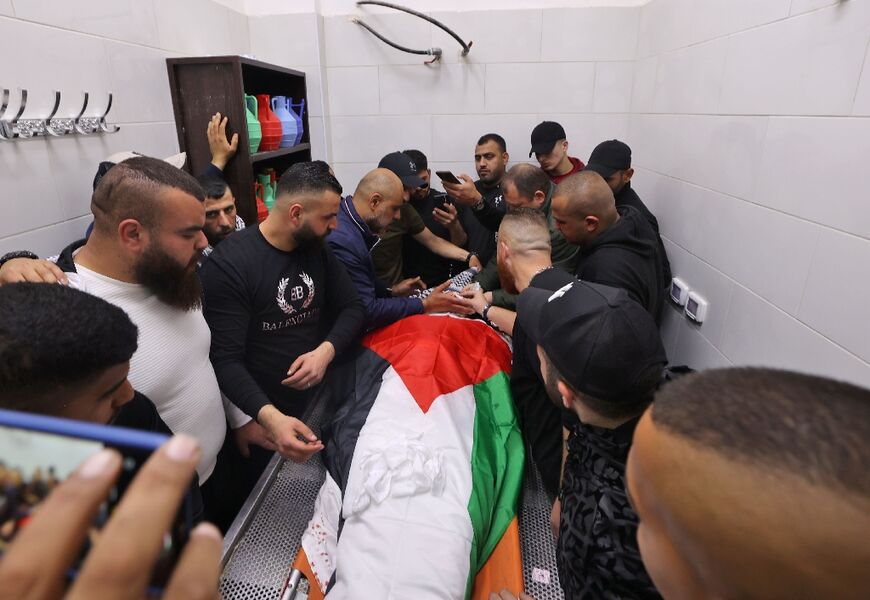 The Gaza Strip-based secretary general of the Islamic Jihad, Ziad Al-Nakhala, announced the group's armed wing would step up activities "in light of the storming of Jenin camp by the Zionist enemy army".

The violence has cast a pall ahead of the holy Muslim month of Ramadan, which begins this weekend.

A senior Palestinian intelligence official told AFP on Thursday that the Palestinian security services were "raising the security readiness" ahead of an expected increase in violence during the month of fasting.

The official said they were preparing to deal with attacks by Israeli settlers, as well as attempted attacks by Palestinians from the West Bank inside Israel.

Last year, clashes in the Al-Aqsa mosque compound in Jerusalem escalated into 11 days of bloody conflict between Israel and the Hamas Islamic group that controls the Gaza Strip.

Early Thursday, far-right Israeli lawmaker Itamar Ben Gvir taunted Hamas as he walked through the compound, which Jews revere as the site of two ancient temples.

"All night Hamas threatened me and said that I was in the line of fire and told me not to come here, I say to the Hamas spokesman shut up," he said.

The violence has undercut regional efforts to defuse the situation.

On Wednesday Jordan's King Abdullah II hosted Israeli President Isaac Herzog in Amman and condemned "violence in all its forms".

Herzog's visit came a day after Israeli Defence Minister Benny Gantz met the king in Amman. The king called on Israel to "lift all obstacles that could prevent (Muslims) from performing prayers" at Al-Aqsa. 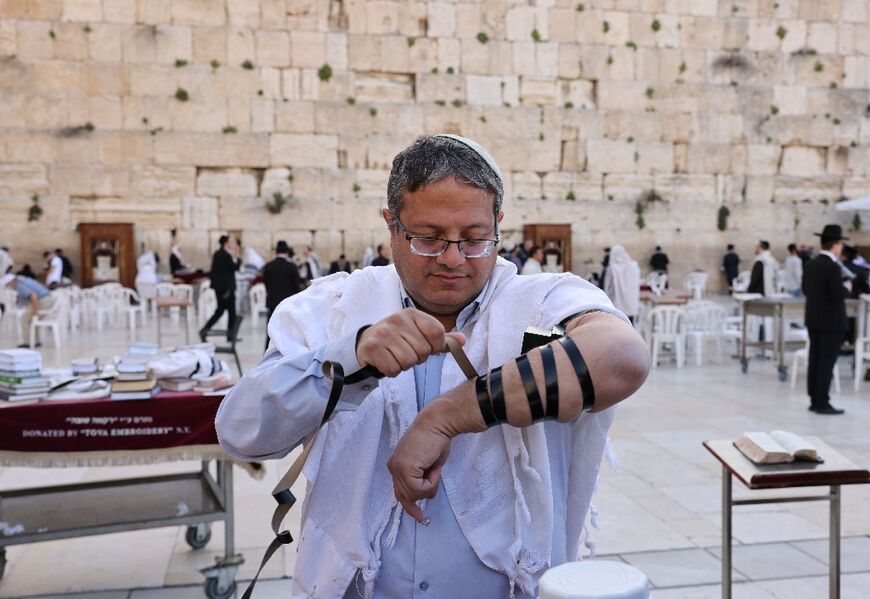 King Abdullah II paid a rare visit to Ramallah in the Israeli-occupied West Bank on Monday, where he met with Palestinian leader Mahmud Abbas in a further effort to seek calm.

Jordan and Israel signed a peace treaty in 1994 and the Hashemite Kingdom serves as custodian of holy places in east Jerusalem, which Israel captured in 1967 and later annexed in a move not recognised by most of the international community.

Peace talks between Israelis and Palestinians have been frozen for years.

Israeli Prime Minister Naftali Bennett is opposed to a Palestinian state, and instead has pursued a policy of economic easements for Palestinians.

Bennett is also a former settler leader and construction of Israeli settlements in the West Bank has continued unabated, despite his diverse coalition that ranges from nationalists to Israeli doves to an Arab Muslim party.

Nearly half a million Israelis live settlements across the West Bank that are considered illegal under international law.