Saudi oil giant Aramco has made a few agreements with Chinese companies in recent years. 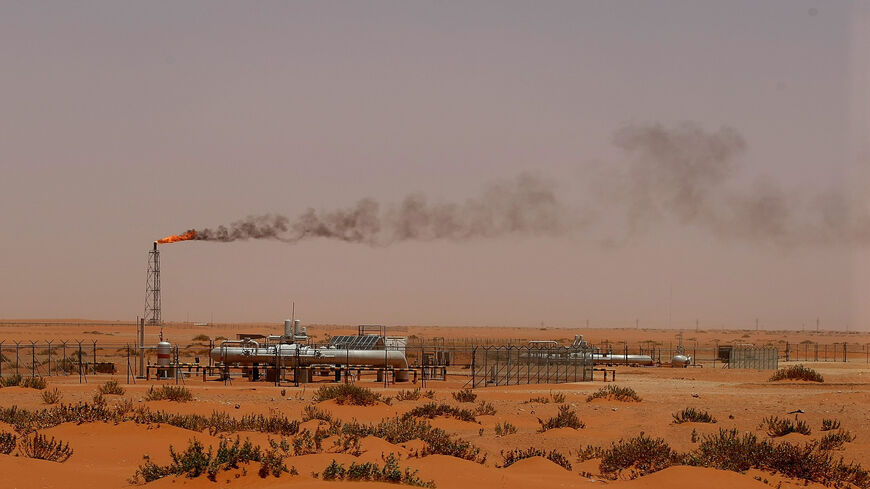 A flame from a Saudi Aramco oil installation known as "Pump 3" is seen in the desert near the oil-rich area of Khouris, 160 kilometers (99 miles) east of Riyadh, Saudi Arabia, June 23, 2008. - Marwan Naamani/AFP via Getty Images

One Aramco executive said that China is key to their plans to expand in Asia.

“China is a cornerstone of our downstream expansion strategy in Asia and an increasingly significant driver of global chemical demand,” said Mohammed al-Qahtani, per the agency.

A refinery is a facility that takes crude oil and turns it into materials that can be used to create energy. Crude oil is commonly converted into gasoline (petrol), which is a common petrochemical.

Why it matters: The deal is the latest example of increasing cooperation between Saudi Arabia and China. The two states actually agreed to build the $10 billion facility back in 2019, but plans fell through in 2020 when oil prices plummeted. Discussions resumed this past February.

Aramco has signed agreements with their Chinese counterparts before. In 2017, Aramco awarded a Chinese company the contract to build a port in the southwest Saudi city of Jizan.

China-Saudi ties began in the 1980s, when Saudi Arabia reached out to the People’s Republic of China and bought weapons.

What’s next: The Aramco facility in China is expected to be operational in 2024. The deal is still pending some transaction documentation and regulatory approvals, according to the Saudi Press Agency.