Syria has been one of the most vocally supportive countries of the Russian invasion of Ukraine. 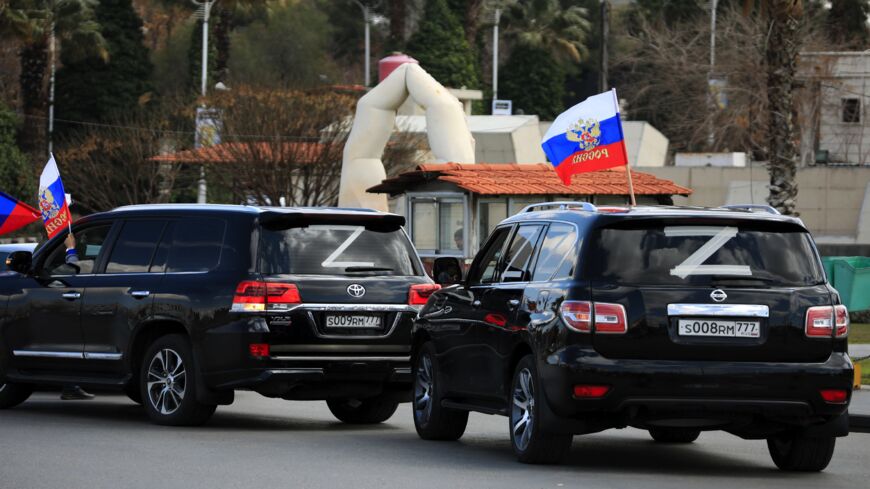 Syrians wave the flag of Russia during a rally in support of Russia in the Syrian capital, Damascus, on March 25, 2022. - LOUAI BESHARA/AFP via Getty Images

There have been several demonstrations throughout Syria in support of the Russian invasion of Ukraine recently.

Hundreds of locals waived Russian and Syrian flags at rallies in Latakia and Tartous in western Syria Monday. They also stood in the formation of the letter “Z,” which is a symbol used by Russian forces in Ukraine. The attendees expressed “support for Russia in the face of US and Western policies aimed at destabilizing its security and stability,” Syria’s official news outlet SANA reported.

Syria has been one of the strongest supporters of the Russian invasion of Ukraine. At the start of the war, President Bashar al-Assad called the military operation a “correction of history." The Syrian Arab Republic was one of only five countries to vote against the UN resolution condemning the invasion.

Russia has similarly used Syria for propaganda purposes in the war. Last month, a Russian defense official accused Ukrainian forces of staging atrocities based on actions by the pro-rebel White Helmets rescuers in Syria. The official did not offer evidence for the claim.