The move will help Oman diversify its economy away from dependency on oil. The country has recently sought investment from its neighbors in the Gulf. 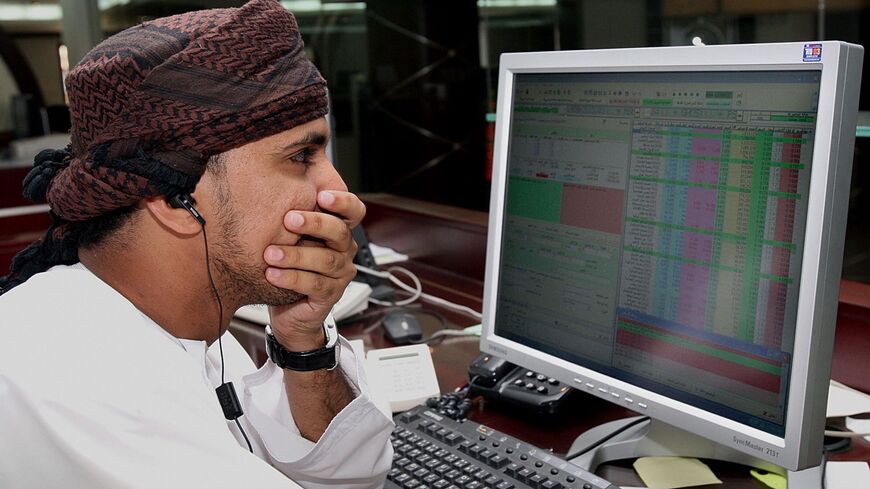 A Omani investor follows share values at the stock exchange in the Omani capital Muscat on Oct. 9, 2008. - MOHAMMED MAHJOUB/AFP via Getty Images

The Muscat Stock Exchange announced on Twitter Monday the removal of restrictions on foreign ownership of listed companies. Such firms can now be 100% foreign-owned, according to a tweet.

Why it matters: The change means that companies listed on the Muscat Stock Exchange no longer need to be owned by Omani entities. The move is an indication that Oman is seeking foreign capital in a bid to raise growth and help diversify away from oil.

Around 100 companies are listed on the Muscat Stock Exchange from the energy, finance, manufacturing and several other sectors.

Oman is diversifying its economy in other ways as well. Today, the country’s Khazaen Economic City signed an agreement with Kuwait’s Jana International Company to build a plastics factory in Oman, the official Oman News Agency reported.

Oman and Bahrain also held a joint investment forum Tuesday, according to the agency.

Oman’s stock exchange did not receive an immediate boost from the private ownership news. The Muscat Stock Exchange fell slightly earlier this week.

Other Gulf states have also opened up state enterprises to foreign investment. In 2019, Saudi Arabia sold 1.5% of Aramco’s shares on the Saudi stock exchange, raising more than $25 billion.

What’s next: Oman plans to list 35 state-owned companies on the Muscat Stock Exchange over the next five years. The plan will be unveiled later in 2022.

The Muscat Stock Exchange will also assume the presidency of the Arab Federation of Capital Markets in 2023. The federation’s members are stock exchanges in the Arab world.