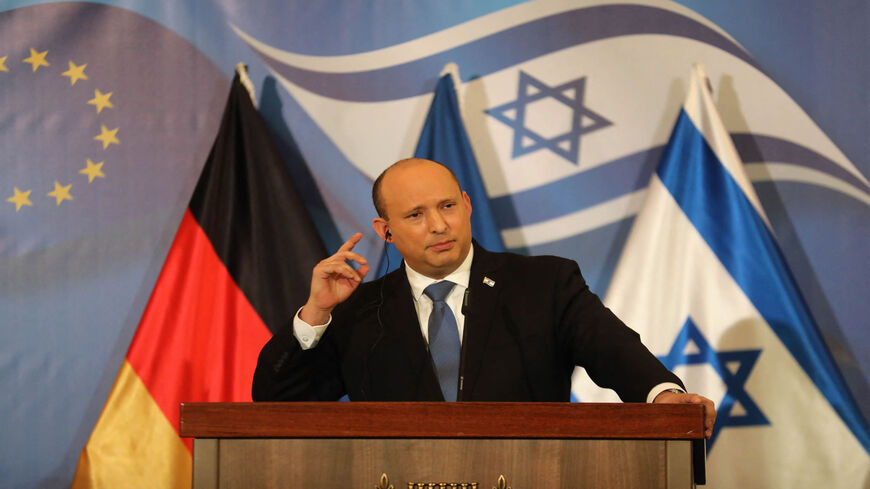 While the entire world watches events in Ukraine, and Israeli Prime Minister Naftali Bennett is thrust into the role of a key mediator between Kyiv and Moscow, Israel is watching another dramatic development, in Vienna, where a new nuclear agreement between Iran and the world powers is set, so it seems, to be signed in the coming days.

Evidently, Jerusalem has not been happy with the proceedings, which, until the crisis in Ukraine broke out, seemed to be steadily progressing toward a nuclear agreement between Iran and the powers, as far as the West is concerned, depending only on the goodwill — or perhaps not-so-good, depending who you ask — of the Iranians. Since the Iranians tried to extract more and more concessions from the West, until only a few days ago Israel estimated a 50% chance of the agreement being signed soon.

In the first few days of the crisis between Kyiv and Moscow, it seemed to Israeli officials as if the talks in Vienna on the Iranian nuclear program are happening almost in another world, detached from the war in Ukraine, although the United States and Russia are an important side in the talks with Iran.

But the developments of the past few days have shown that in such a grave crisis the two urgent issues cannot be disassociated, especially since relations between Moscow and Washington have not been this tense since the fall of the Soviet Union 30 years ago. It is not at all clear that in this state of affairs they could present a united front to Iran to prevent it from becoming a nuclear power.

Indeed, Russian Foreign Minister Sergey Lavrov announced over the weekend that Russia will demand written guarantees from the United States that sanctions imposed on it (over Ukraine) will not “touch the regime of trade-economic and investment relations which is laid down in the Joint Comprehensive Plan of Action [JCPOA].”

Iran, by the way, has turned a cold shoulder to the Russians following its announcement, and a source in Tehran told Reuters news agency, “Russians had put this demand on the table [at the Vienna talks] since two days ago. There is an understanding that by changing its position in Vienna talks Russia wants to secure its interests in other places. This move is not constructive for Vienna nuclear talks.”

It is not clear whether Bennett's March 6 visit to Moscow is connected to the Russian statement that posed difficulties for the nuclear negotiations, but these things did happen more or less at the same time. Judging by past reports about Jerusalem’s positions, we may assume that the Russian announcement was not exactly bad news for the Israeli prime minister.

Bennett does not hide Israel’s displeasure at the substance of the agreement taking shape in Vienna, and Israel’s wish to influence it. As he sees it, the renewed agreement is even worse than its predecessor, because it is “shorter and weaker,” and restricts Iran’s nuclear activity for only 2½ years. After this period, Iran could install advanced centrifuges with no limitations.

Only on March 2, during his meeting in Israel with German Chancellor Olaf Scholz, Bennett said that Israel is following the talks in Vienna “with concern.” Bennett noted, “We are closely monitoring the talks in Vienna including the possibility that an agreement will be signed that allows Iran to install centrifuges on a broad scale within a few years. This possibility is unacceptable to us.”

He further said that Israel expects its allies around the world “not to countenance a massive installation of centrifuges in another two-and-a-half years, and to already prepare for the day after.”

Despite Israel’s declared position, as already reported by Al-Monitor, some in the Israeli security establishment hope that the agreement is signed, and soon, since as long as Iran is not subject to a nuclear agreement it is enriching uranium at a dizzying pace, and approaching a bomb.

A recent report by the International Atomic Energy Agency determined that Iran continues to advance its nuclear program alongside the talks with the world powers, and that the amount of enriched uranium it possesses has nearly doubled since the previous quarterly report released in November 2021. According to the latest report, which has not been made public but was leaked to Reuters, the amount of uranium enriched at a 60% level is 33.2 kilograms (73.2 pounds), an increase of 15.5 kilograms (34.2 pounds) compared to the last report. One bomb requires 40 kilograms (88.2 pounds) of uranium enriched to 90%.

IAEA General Director Rafael Grossi met with Vice President of the Atomic Energy Organization of Iran Mohammad Eslami in Vienna on Saturday to discuss the issue of uranium particles found at undeclared sites in Iran. Following their talks, the two released a joint statement outlining a three-month plan to address the issue.

The Israeli security establishment, which was caught unprepared for the developments that led the United States to issue some sanctions waivers to Tehran and led Iran to increase its rate of enrichment, is interested in buying time, even by means of a bad agreement, in order to complete preparations for a credible military option in Iran.

But, as noted, despite the approach that views a bad deal as better than no deal, Israel will likely still try to influence the bad deal forming in Vienna. Bennett is seemingly trying to reap some benefits from his efforts to make peace in the most serious conflict the world has seen in recent decades, and to advance Israel’s security interests in Vienna.