While European capitals would like to see Israel join the sanctions packages enacted by the West against Russia, they have expressed understanding of Israel’s delicate position. 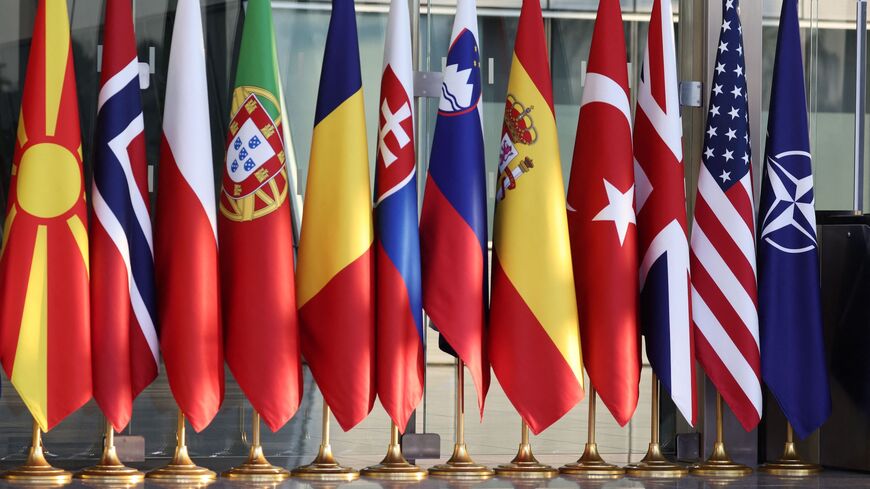 This general view shows flags of some of the participating nations ahead of an extraordinary NATO summit on display at the NATO headquarters in Brussels on March 24, 2022. - KENZO TRIBOUILLARD/AFP via Getty Images

BRUSSELS — European Union members are expected to adopt a fifth sanctions package against Russia tonight or tomorrow, but Israel is not expected to change its stance on the issue. So far, Israel has been implementing some of the banking sanctions adopted by the United States and European Union members against Russian financial institutions, but Jerusalem has not adopted any official sanctions policy. Israeli diplomatic sources have argued that Israel does not have the legal tools to do so, but admitted that Jerusalem would rather not enact sanctions against Moscow.

In his Zoom speech to the Knesset March 21, Ukrainian President Volodymyr Zelenskyy called on Israel to enact sanctions and assist his country with weapons.

Turkey has also refused to adopt sanctions against Russia. President Recep Tayyip Erdogan met this morning with French President Emmanuel Macron on the sidelines of the NATO summit that took place this morning in Brussels. The two leaders said they will continue consultations and continue with all dialogue channels to promote an end to the conflict.

A senior Israeli diplomatic source confirmed to Al-Monitor that while European capitals are pressuring Jerusalem to change its stance, they also express understanding of the difficult spot Israel finds itself in, with the Russia's military presence in Syria and involvement in the Vienna talks on Iran. The source confirmed that the European Union did not make any diplomatic complaints vis-à-vis Israel on this issue.

Another Israeli diplomat told Al-Monitor that it would be easier for Israel to refuse to join a sanctions package that focuses on Russian energy than one that freezes the assets of Russian oligarchs. Only 20% of Israel’s electricity is produced with Russian coal. Jerusalem could argue that Israeli sanctions on Russian coal would produce little pressure on Moscow. The oligarchs issue appears to be more delicate.

Israeli diplomats are closely followin​​​​​​g the NATO, G7 and European Union summits taking place one after another today and tomorrow in Brussels. NATO Secretary General Jens Stoltenberg said today that the alliance will continue to assist Ukraine militarily, including with anti-missile systems and drones. The anti-missile systems could be American-made Patriots, which Israel is also using. Jerusalem has made it clear to Kyiv it will not offer it weapons.