Egypt, which has been eliminated from the 2022 World Cup, accused Senegalese fans of fostering an atmosphere of “terrorism” by pointing lasers and throwing objects at the Egyptian players. 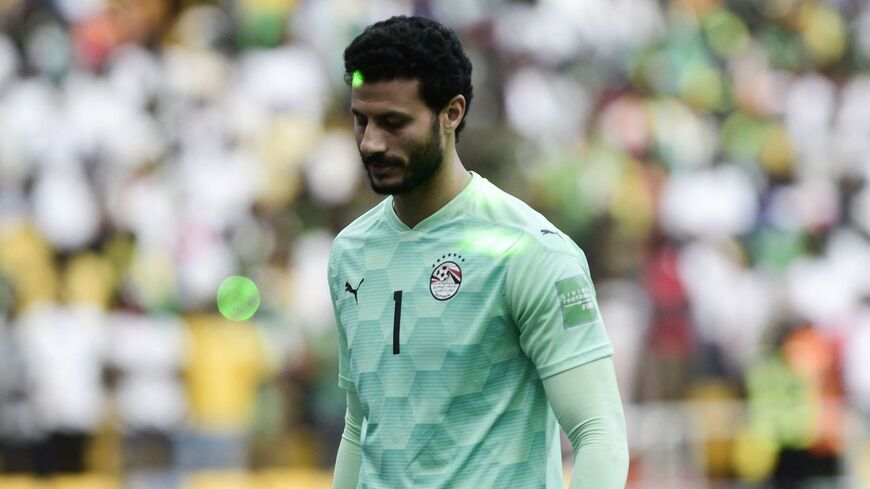 Egypt's goalkeeper Mohamed El Shenawy walks on the field during the World Cup 2022 qualifying football match between Senegal and Egypt at the Me Abdoulaye Wade Stadium in Diamniadio on March 29, 2022. - SEYLLOU/AFP via Getty Images

Egypt has officially requested a rematch of its men’s association football (soccer) match against Senegal.

Senegal defeated Egypt 1-0 in Dakar on March 29, which ended Egypt’s quest to play in this year’s World Cup in Qatar. The game came down to penalty kicks, with Senegal scoring three to Egypt’s one.

The Senegal fans behaved controversially towards the visiting Egyptian team. Some fans held a large banner that included curse words directed at Egyptian soccer star Mohammed Salah. When Salah kicked the penalty shot, fans shined a green laser pointer at him, according to images from social media.

The Egyptian Football Association immediately complained about these events. In a statement on Instagram, they further accused the Senegalese fans of throwing stones and bottles at the Egyptian players.

Yesterday, the association asked FIFA, which is the world’s governing soccer body, for a repeat of the game. Egyptian Football Association head Gamal Allam said they played in a “terrorizing atmosphere” due to the home fans’ antics, Egypt’s state-owned news outlet Al-Ahram reported Thursday.

Allam said they would bring up the issue to FIFA while attending the FIFA congress in Qatar, which is taking place Thursday. Allam and the association confirmed their attendance Thursday in a statement, but did not mention the game against Senegal.

The following Middle Eastern and North African team have qualified for the World Cup so far: Qatar, Iran, Morocco, Tunisia, and Saudi Arabia. The United Arab Emirates will face off against Australia on June 7 for a chance to qualify for the tournament.